I’m in this really weird frame of mind about airports – I thoroughly disapprove of air travel – polluting, noisy, gas guzzling and encouraging us to consume out of season luxuries from countries whose economies we can ruin by suddenly deciding avocados are bad for us after all.

But I love flying. My biggest thrill was going by six seater seaplane from the river Clyde in Glasgow flying low over the Scottish Highlands and landing in the sea at Oban harbour.

When I first came to Thanet Manston airport was a great place for Sunday lunch. You ate your roast gazing at an old aeroplane parked on the runway and dreamt of far away places. You could go on the odd package holiday with a charter flight occasionally and that was that.

Over the years we’ve had a series of exciting developments. For a while we all went cheaply to Malaga and Ireland with EU Jet, which went bust leaving people all over Europe with no way home.

Then for two glorious years we had KLM. I could be giving my three kisses (they’re very affectionate in Holland, just too tall) to my friend in Amsterdam in two and a half hours door to door! But two flights a day wasn’t sustainable.

Public money has gone into propping up Manston but it’s not really got much hope. It was optimistically called London Manston and then Kent International, but it’s nowhere near London and was never very international.

UKIP-inspired nostalgia for the victorious RAF past and their enthusiasm for the 1950s that Manston represented has kept the dream of a thriving passenger terminal alive. They conveniently forgot that for many of us the 1950s meant polio epidemics, rationing and austerity, so only the rich could afford air travel. It’s hard to fathom exactly how poor old Manston got burdened with all that misplaced emotion.

The most recent attempt at revival involves no fun for most of us at all, as it will make Manston into a cargo hub. That means stuff flying in, being put on lorries and going off on our roads all night – that’s when cargo generally comes in. Manston’s done a bit of cargo before. Remember when we had the odd plane coming in at night? I was often woken with booming noises over Broadstairs Bay and much worse over Ramsgate.

And remember the training flights? I lay on the beach in Broadstairs and watched huge planes circling endlessly, practising landing – with a beginner pilot – flying low over a crowded beach. By the time they got to Ramsgate it felt like the planes were skimming your head! Thrilling at first but after the first few, really scary and annoying. 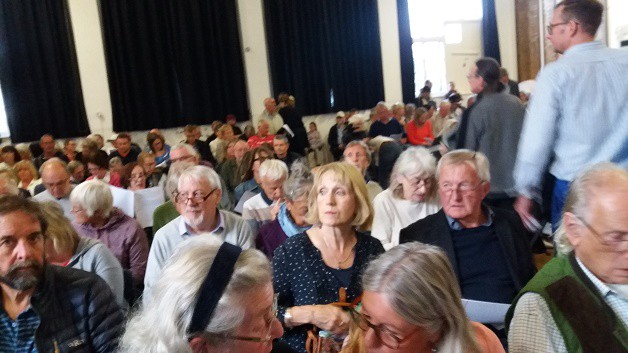 On Friday the group that has been ferocious to councils of all persuasions in opposing airport excesses like that, No Night Flights, held a public meeting to explain to Thanet people how to submit their view to the planning authorities about the latest attempt to bring life to Manston.

Staggeringly around 500 people turned up from all parts of Thanet, listened politely (unusual for Thanet – which doesn’t hold back on its opinions and isn’t averse to setting about opponents with fists flying on occasion), asked sensible questions about how to put in objections and gave a rousing cheer to Rebecca Gordon Nesbitt, who is the Labour party parliamentary candidate standing against airport enthusiast Craig Mackinlay.

Looking back the battle for Manston has seemed like a struggle between sleep loving NIMBYs and little Englanders who think the Battle of Britain is still on. But maybe more realism and less passion would be helpful in solving the problem.

I would love to be able to go to Spain and Holland again from Manston, but air pollution, noise in the night, very few local jobs and no passengers at all? No thanks!

RSP has previously said it is not looking to carry out night flights but wants ‘flexibility.’ 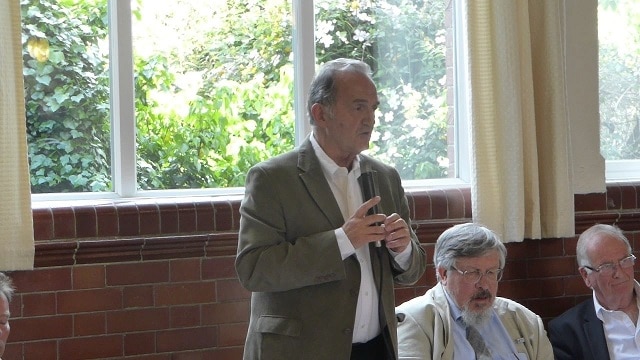 RSP director Tony Freudmann (pictured) said: “We have to model the worst case scenario (in the documentation), which is what we did. We are looking for some flexibility but we are not looking at scheduled night flights.

“The problem with cargo flights is they do sometimes run late and if you have a plane with flowers or fresh produce you can’t tell them to go away, they need to land or they will lose their cargo.

Registration is now open for people who want to comment on the DCO which seeks development consent and compulsory acquisition powers over the land. It is the means of obtaining permission for developments categorised as Nationally Significant Infrastructure Projects (NSIP). This includes energy, transport, water and waste projects.

RSP wants to gain the DCO for a compulsory purchase of the Manston airport site so it can create an international cargo hub with the possibility of passenger flights. Plans submitted to Thanet council by site owners Stone Hill Park are for housing, business and infrastructure on the land.

Registration for interested parties is now open and runs until 11.59pm on October 8.

Although there is no statutory timescale for this stage of the process, it usually takes approximately three months from the formal notification and publicity of an accepted application.

Once a decision has been issued by the Secretary of State, there is a six week period in which it can be challenged in the High Court. This process of legal challenge is known as Judicial Review.

For more information on No Night Flights go to: https://nonightflights.co.uk/

For a look at both the airport and housing proposals for the site, and what RSP says about night flights, click here