Thanet council has rebutted a claim by the Save Hartsdown campaign group that part of the site put forward for auction by the authority is due to be withdrawn.

Last night (September 4) the campaign group cancelled a rally, planned for tonight in protest at the auction of a plot which includes the Falcon and Isle of Thanet boxing and kickboxing clubs, the table tennis club, the prestigious Thanet Taekwondo Club and business Fire Technology, saying agreement had been reached for a community purchase of the Taekwondo club.

In a statement Save Hartsdown said a community buy out would now be allowed and the plot would be withdrawn from the auction taking place on September 10.

But Thanet council has today (September 5) issued a statement that confirms a meeting took place with the club yesterday but states the club, along with the rest of the Hartsdown plot, will still go to public auction.

A spokesman said: “There is no change to the auction lot. We had a productive meeting with the Taekwondo club yesterday and they are fully aware of the position.”

Thanet council agreed to dispose of the freehold for the site in June.

A Thanet council spokesman said: “We are selling the freehold on the land at Hartsdown, but the leaseholds that relate to the occupied units will remain in place and the tenancies are unchanged.

“In short, the only change for the tenants will be a change in the identity of their landlord.

“The site includes three units that were previously used for stores by Thanet District Council which are now vacant and surplus to requirements.

Going under the hammer 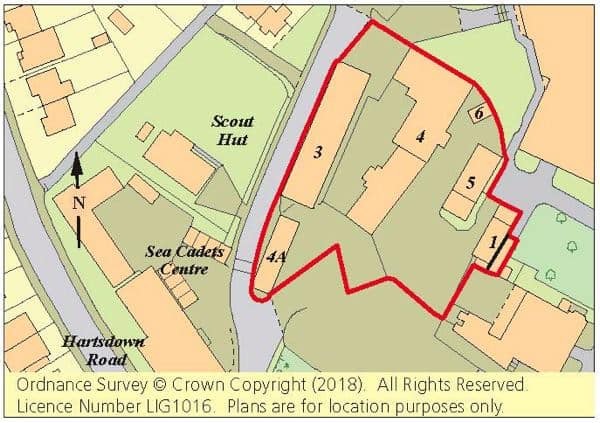 The site is currently listed by Clive Emson auctioneers, under instruction from Thanet council, with a guide price of £320,000 plus.

The Save Hartsdown campaign, launched last month, is trying to halt the sale at auction. A petition has gathered some 700 signatures.

Find the Save Hartsdown page here