Magician and former Britain’s Got Talent finalist Jamie Raven popped in to Houdini’s Magic Bar in Broadstairs today (September 4) to treat punters to a short show.

The illusionist was pipped to the post by a minuscule 2% of the vote, seeing three legged dog Matisse and owner Jules O’Dwyer scoop the crown. 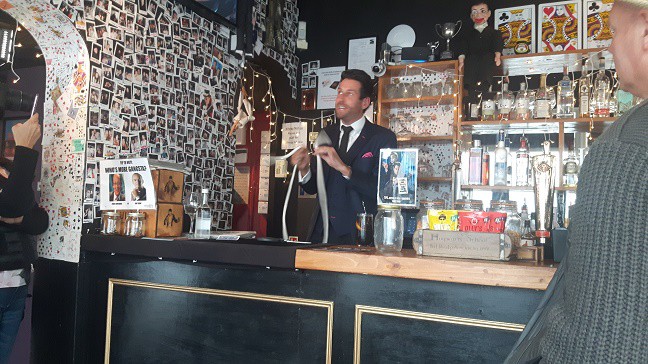 But the Magic Circle member, who has been perfecting his craft for some 13 years, grabbed his chance for stardom and has gone on to break box office records at The Shaftesbury Theatre and has taken his one man show across five different countries.

And, The Isle of Thanet News can exclusively reveal, Jamie has just signed a deal with Netflix.

The 34-year-old announced the deal was signed last week before going on to delight punters with several illusions.

He also revealed his love for magic started on a family holiday when he was a child. He said: “There was a fantastic magician when we were on a family holiday in India. He did his tricks and then took me, my brother and some other kids away and taught us some tricks. He initiated a chain of events in my life and since then I have gone all over the world.”

“Not only were we treated to an amazing show this afternoon but Jamie stayed for almost three hours to talk and share magic with everyone that joined us at the bar. We have followed Jamie’s magic since he appeared on BGT and it was great to meet him today and watch his magic live and close up. It was a great afternoon for all at Houdini’s.” 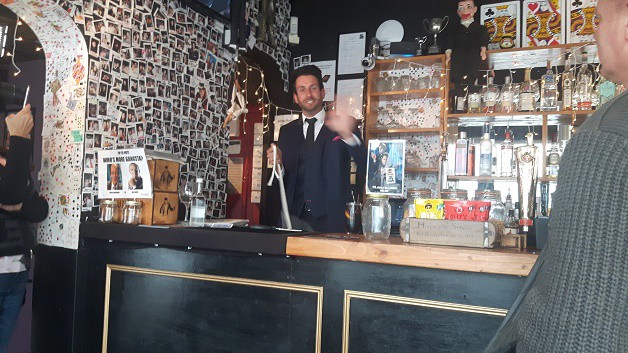 Jamie Raven will be back in Thanet with his Making Magic show at the Theatre Royal Margate on October 17 at 7.30pm.