Dozens of people joined a march in Westgate and Garlinge this morning (September 1) to protest at plans for 2,000 new homes to be built on greenfield land either side on Minster Road.

The proposals are part of the Thanet Draft Local Plan – drawn up by the council as a blueprint for housing, business and infrastructure up until 2031.

Westgate was originally allocated 1,000 of those homes but a vote aimed at retaining aviation at Manston airport-a U-turn on the mixed-use development including 2,500 homes that was recommended in a version of the draft plan voted down in January – means the 2,500 homes have been reallocated to new sites.

The reallocation resulted in an extra 1,000 homes for greenfield sites either side of Minster Road in Westgate, bringing the draft plan total for the area to 2,000. The homes are scheduled to be phased in near the end of the draft plan period.

The march was organised by Westgate-on-Sea Town Council and  initiated by Cllr Hannah Scott – Chair of the Neighbourhood Plan Steering Group and also backed by members of the Westgate Development Concerns group. 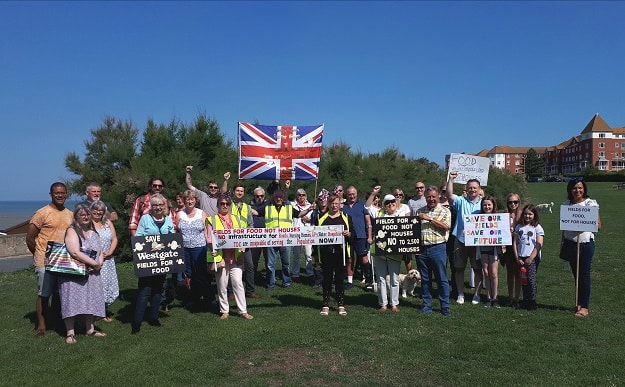 It started outside the Hussar pub in Garlinge and followed a route to Westgate Library and then to The Swan, Westgate.

The march was well received by passers-by and  drivers who tooted their support.

Cllr Scott said: “It went really well and we gathered about 100 people along the way.There was a great atmosphere.”

The group says the building of homes should not be on agricultural land. They have also questioned whether the sites are simply being used to provide funding for new road infrastructure at Westwood Cross.

Westgate Town Council will write a representation against the 2000 houses and is encouraging residents to write in again.

There is also a meeting organised by the town council for people to raise there concerns which will be held at the Lymington Road community centre on September 12 at 7pm. 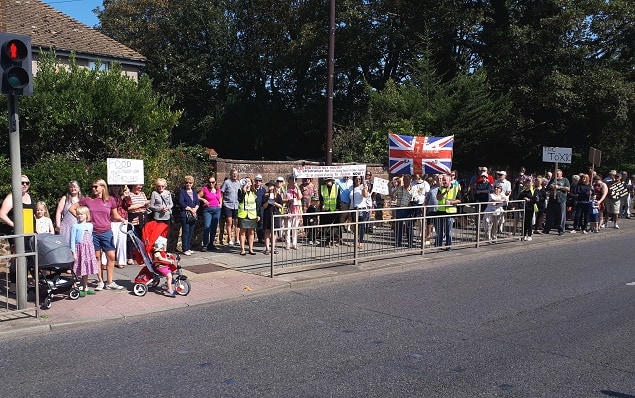 A second protest will be held on September 18 at 6pm outside the Thanet council offices in Cecil Square. This will coincide with a Cabinet members meeting that night. 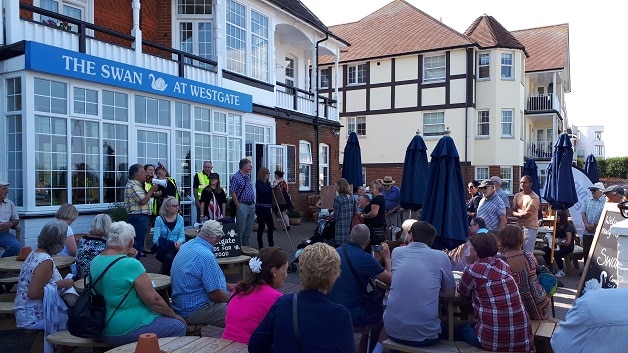 Cllr Scott said: “This protest will be for everyone who is against the 17.1k houses planned and against the building on agricultural land.”

The beginning of the protest also attracted some protesters who displayed a banner saying ‘Build on Manston, the viable alternative’ in reference to the proposals  in the rejected draft plan to earmark the site for housing and business.

The Westgate group say this was not part of the official protest.