A new record store and music venue at The Centre in Margate is to open its doors tonight (August 30) following a successful crowdfunding campaign.

Vinyl collectors and music enthusiasts of the South-East will  join the launch party of Elsewhere when it opens to the public for the first time at  7pm.

While works on the live music venue in the basement continue, the public will be able to  use the ground floor cafe and bar with seating areas and a selection of new and used vinyl that champions a range of genres from up and coming indie artists to psychedelia, metal, folk, pop-punk, world music, disco and more.

The brainchild of previously Canterbury-based record store Monkey Boy Records and Margate music promoters Art’s Cool, plans for Elsewhere were announced at the beginning of July alongside details of a crowdfunding campaign.

The campaign received a warm reception with donations of money totalling over £3,600, time or skills. 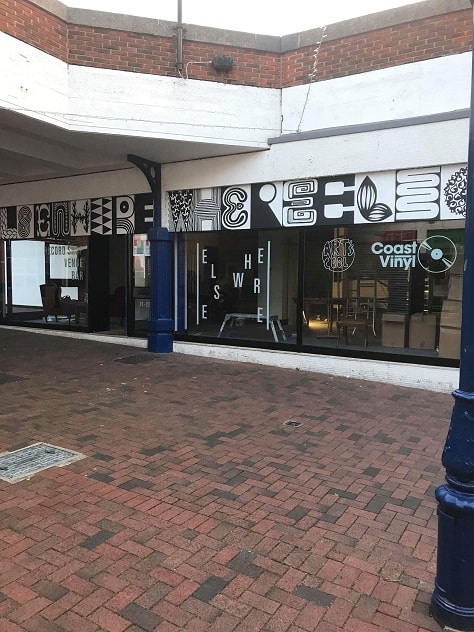 Record store owner, Alex Barron said: “We were all astounded and humbled by the messages of goodwill and support that we received from our existing customers and members of a community that we are really looking forward to becoming a part of. We couldn’t thank them more for their donations and generous offerings of help in a more practical, hands on sense.”

The shop will host intimate ‘in-store’ events and signings.

Alex added: “We will also be teaming up with Coast Vinyl to provide an excellent selection of curated second-hand records. Every good record shop needs a second-hand section so we’re excited to finally offer this. We can’t wait to become a part of Margate’s thriving community!”

Doors will open at  21-22 The Centre, Margate from 7pm tonight and the facebook event can be found here