Some 70 children have taken part in the annual junior fishing competition in Ramsgate organised by RNLI volunteer Jason Parrott and his wife Dawn.

It is the second year of the contest which raises funds for the RNLI.

Last year just over 50 children had competed but last Friday even more took part, some of which had no fishing experience at all.

Jason and Dawn have been working hard on the event for over four months and the result was a community day where 11 local fishing boats gave up their time, the Thanet Fisherman’s Association donated fuel for all the boats, the 6th Ramsgate Sea Scouts loaned out their the lifejackets,  Academy FM radio station broadcast from the event, and many local small businesses provided raffle prizes. 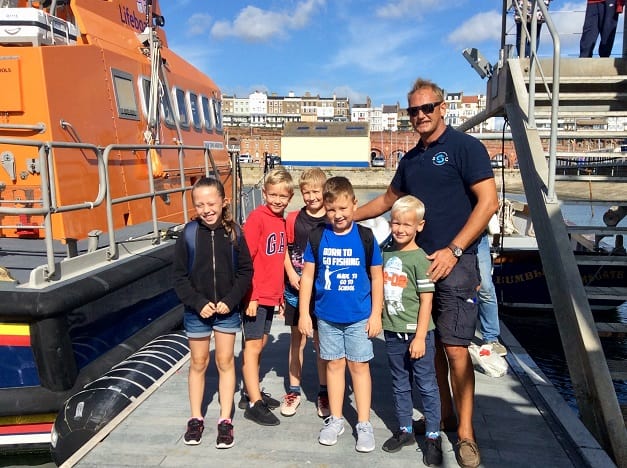 Every child was a winner with each one receiving a tee shirt and medal, a fishing rod or reel for competing as well as fishing tackle and a goodie bag, again all donated by small local companies.

After a couple of hours fishing the children returned back to the Lifeboat station to be greeted by their families and for a free barbecue and ice cream. 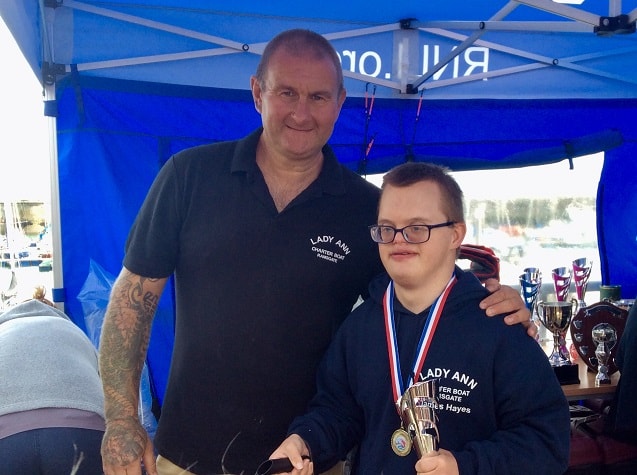 Each child had been asked to take a sponsorship form and raise a minimum of £10, which would all go to the RNLI.  A brilliant total of £4500 was raised.

During the prize-giving Ramsgate’s RNLI was called to a yacht in distress. When the pagers went off, the crew launched the Inshore lifeboat and sped off to cheers from the  crowd. 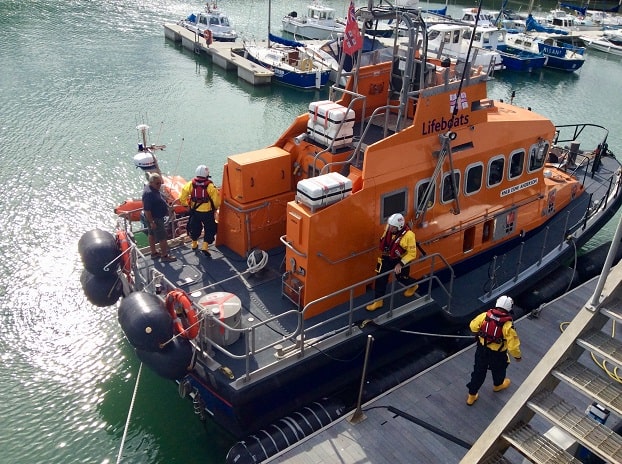 Throughout the day the Water Safety Team got over their Sea Safety messages in a fun and informative way with the children shouting out the answers to simple quizzes about how to dial 999 and ask for the Coastguard. 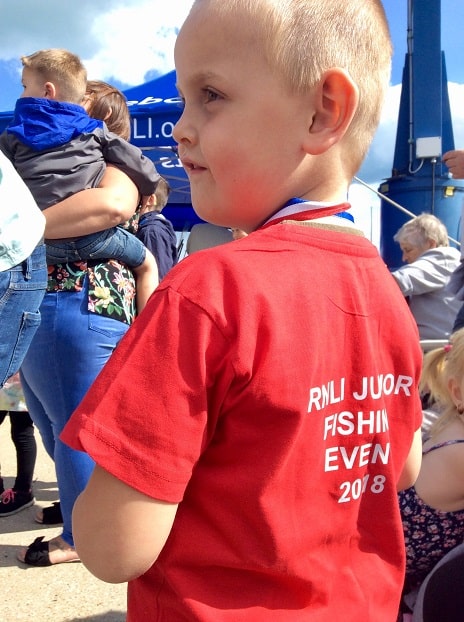 But the best example was the crew themselves launching the boat for a real emergency with the parents explaining to their children how they were all volunteers and just how the money the children had raised would be used to save lives. 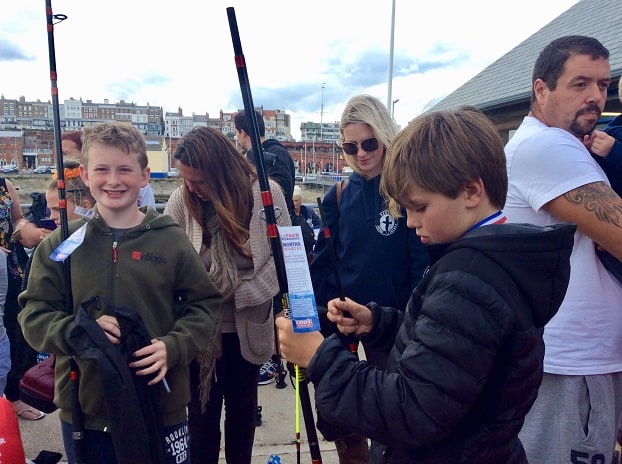 Jason said: “This was more successful than last year and exceeded our expectations, once again we must thank so many people and businesses who generously gave donations of goods and cash to buy prizes so that all the children got a prize, also to the Skippers who gave up a day’s wages.”