A Thanet children’s home owner and his friend are back on home soil after completing the world’s longest canoe race to raise vital funds for charity.

Mathew Bennett, from Thanet, and Oliver Bailey, from London, paddled constantly for 18 hours a day, had three hours of broken sleep a night, suffered a capsize, and had four encounters with bears when they took part in the Yukon 1000 in aid of the NSPCC.

The route took them down the Yukon River from Canada, into Alaska and on to the Arctic Circle, following the route of the Klondike gold rush, with the aim of beating the race record which currently stands at six days, two hours and 11 minutes. 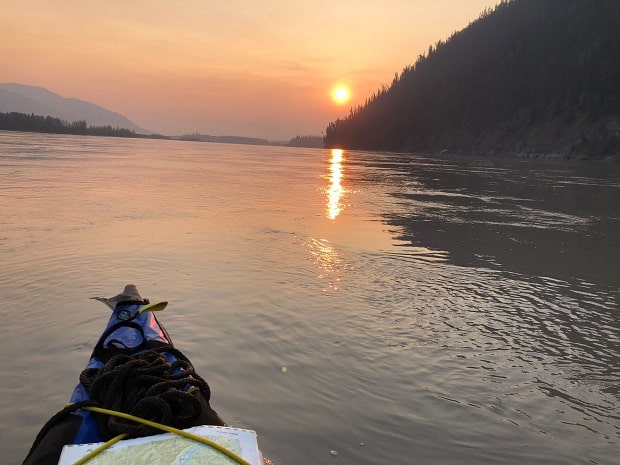 In the end the pair, who adopted the name Team Essence – the Rogues of River Racing, finished in eighth place in a time of seven days, 17 hours and 39 minutes.

Thanks to the men funding the extreme challenge themselves it means 100 per cent of the sponsorship money will go to the NSPCC to help fund its vital work. The total amount raised currently stands at more than £6,700. 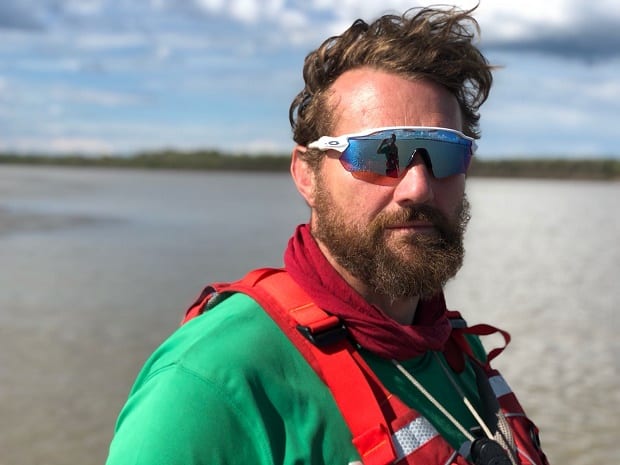 Mathew, 39,(pictured above)  is the founder of Acorn Group Care Homes for young people, He said: “The Yukon 1000 race is unique for its requirement for ultimate self-reliance as it is a remote and dangerous environment and it was certainly tough.

“We capsized the canoe when we misjudged a bank and saw three bears whilst we were paddling. Then on the fourth day we woke to find bear prints all around our tent meaning it had been just a few feet away from us whilst we slept!

“I truly believe Yukon 1000 is one of the hardest endurance events out there. I suffered a severe injury to my left shoulder as a result of taking part but raising money for the NSPCC made it all worthwhile.”

Oliver, 42, an investment banker from Hackney, said: “Our bodies and minds were in real states by the end of the race. I have back issues and I was on painkillers for most of it. It took a couple of weeks but I’m feeling better now.” 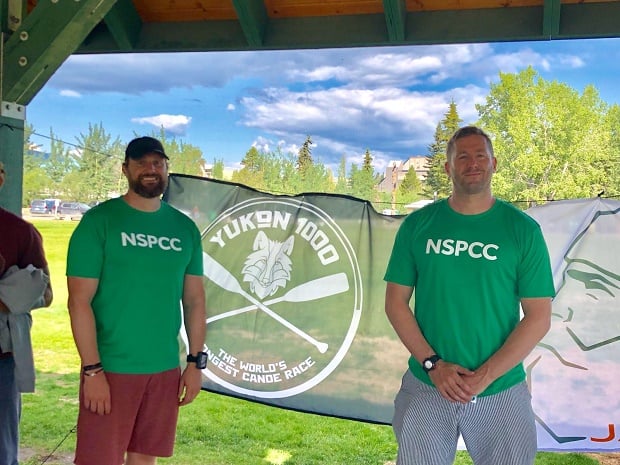 Mathew and Oliver, who are both patrons of the NSPCC, are no strangers to taking on punishing physical challenges in support of the NSPCC as part of Team Essence.

In 2016 they were part of the five man team who set a new Guinness world record rowing the Atlantic and raising more than £120,000 for the charity. Mathew was also part of a three person team that trekked the Gobi Desert last year which raised over £27,000.

In recognition of Mathew’s fundraising efforts, he was presented with the Outstanding Achievement of the Year award at the NSPCC’s Childhood Champion Awards in June (pictured above).

Now the pair are planning their next challenge.

Oliver added: “We’re talking about a trek to the North Pole but that probably won’t be until 2020.”

There are many ways people can support the work of the NSPCC. For more information visit www.nspcc.org.uk/what-you-can-do