A marriage proposal written in the sands at Margate last week was part of a new advert from jewellers H Samuel.

A crew from W Films were shooting on location for the high street brand. 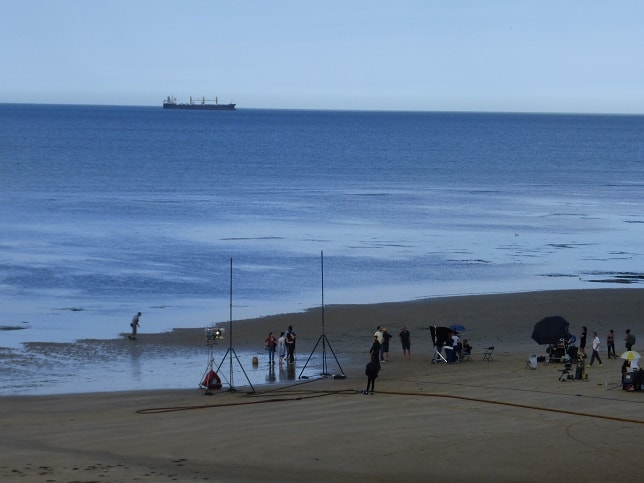 The advert will include the ‘down on one knee’ moment at the water’s edge. 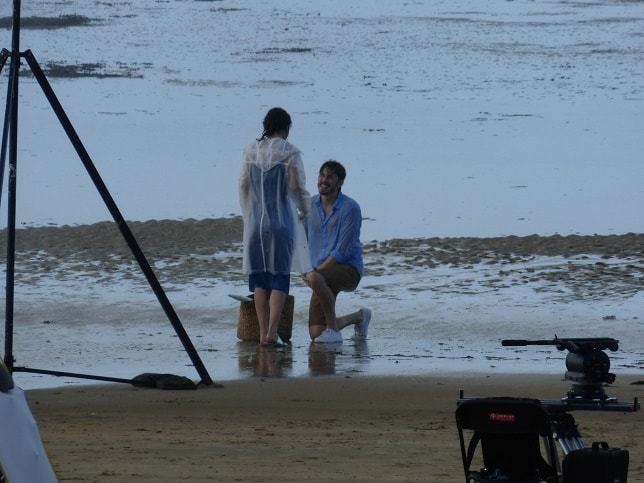 A spokesman for the H Samuel’s ad crew said: “We were celebrating love, life and those special moments.

“Margate was a fabulous place to shoot and the weather was very kind to us. We want to thank Thanet council for being so helpful.”

A spokesman for Thanet film office said: “It was great to welcome one of the many location managers we’ve helped over the years, back to Thanet to film. He’s commented that Margate has become one of his favourite beaches to select when searching for seaside locations, not only for its surroundings, but also how easy the process is to come here with his production team. 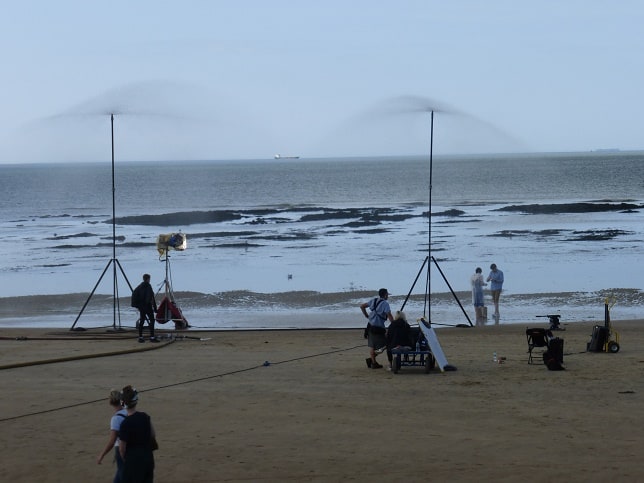 “Location managers often come to us with a specification for a backdrop, and our film office knowledge means we can provide detailed advice on possible filming locations. We can also help with suggestions for where a film crew can set-up, for example green rooms in nearby hotels or venues, which are often needed as part of the package.”

The advert is the latest in a long line filmed in Thanet, including the latest Aldi advert shot in Margate and Manston’s Rascal Bay adventure golf course, the Cadbury’s Twirl ad filmed in Minnis Bay, scenes for Lee Jeans, the X Factor trailer and numerous films including the adaptation of Nick Hornby’s Juliet, Naked and Night in Hatton Garden with veteran actor Michael Caine and star Charlie Cox.