Since the challenge began in 2003 between 10 and 20 people have managed to claim their fry up for free – the exact number isn’t clear after the winner board was accidentally wiped clean. Since 2010 there have been six successful mega-breakfast challengers listed on the Wall of Fame. 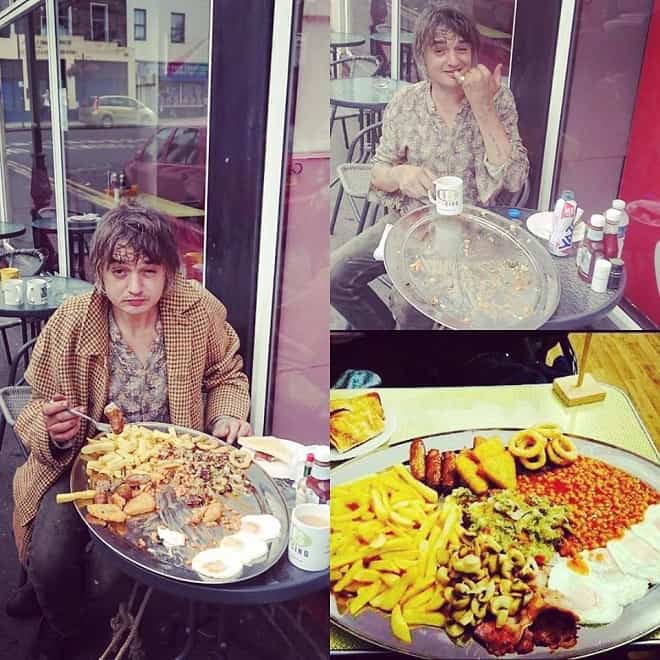 This morning Pete Doherty, who owns The Albion Rooms hotel in Cliftonville with his bandmates, smashed the challenge in 19 and a half minutes.

He added: “We did notify him of the cctv outside and not to feed his dog to qualify for getting it for free. His response was classic: “I’ve paid £4.5k for that dog, I’m not going to feed him fried food.”

“There have been 10-20 people who have managed it in under 20 minutes, unfortunately a staff member wiped the board clean when I went on holiday so now I do not have any record before 2010. I have seen it eaten within 13 minutes but they just couldn’t finish the bread so didn’t actually fully complete it.” 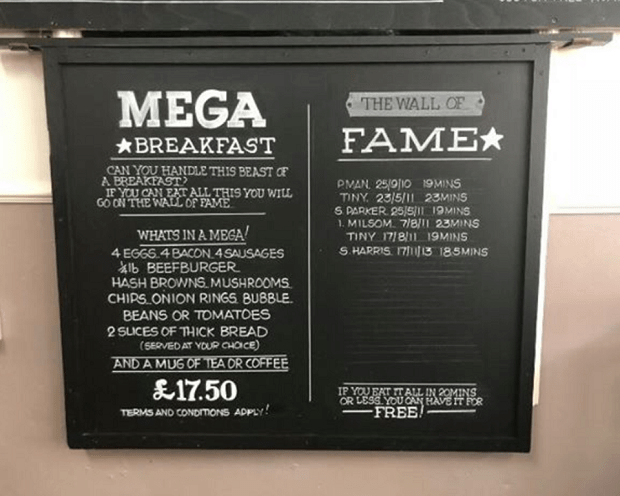 The Dalby Café in Dalby Road, Cliftonville, is one of Margate’s oldest, opening just after the Second World War in 1946.

It is steeped in history, with the seating from old Margate trams and still sporting the original formica tables.

Earlier this month it was announced that the band – made up of Peter Doherty, Carl Barât, John Hassall and Gary Powell – were Margate Football Club’s new headline shirt sponsors for the 2018/19 season in the Bostick Premier League.

The Libertines are also involved with the Wheels & Fins festival from September 7-9 in Joss Bay, taking over the last day of the event for their own Sgarabang fest.