Manor House Nursery has been named as the new operator of the Secret Jungle in Northdown Park.

Your Leisure has announced it will stop running the jungle, an all-inclusive play area designed to allow disabled and able-bodied children to play alongside each other, on September 2.

The area had been funded by The Children’s Society and then the Big Lottery but cash ran out some 18 months ago, spelling the end of special family events.

It has since been subsidised by Your Leisure, which also runs the Theatre Royal, Winter Gardens and isle sports centres, but the organisation is no longer able to continue that funding.

But talks between Your Leisure, Thanet council and Manor House Nursery, based in Margate, have sealed a new deal.

A spokesman  for Your Leisure and the council said: “Thanet District Council and Your Leisure Kent LTD, are pleased to announce Manor House Nursery has been identified as the new operator of the Secret Jungle.

“The council is confident that Manor House Nursery has the right skills and funding to carry on the excellent provision of the Secret Jungle, which will allow the continued enjoyment of this unique space by the local community.

“Work is now progressing behind the scenes in order to facilitate the handover, scheduled for September 2018.

“We would like to thank everyone who has either worked, volunteered or spent time at the Secret Jungle and look forward to everyone enjoying its next chapter.” 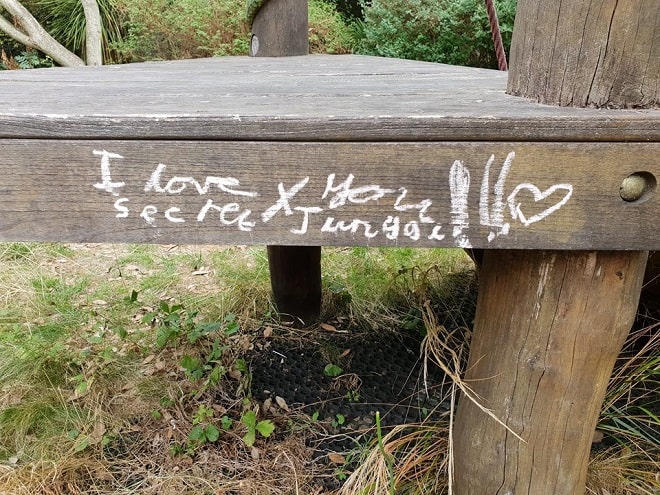 The Big Lottery grant of £350,000 was made in 2010 and ran until the end of 2016. The funds not only paid for maintenance but also activities for children of all abilities, such as an after-school nature club, and events for the community.

Your Leisure, which suffered a £350,000 cut in funding from Thanet council this year, had notified families who use the area, accessed with a special fob key, of the decision to cease as operators.

The Manor House Group was launched in 2008 by Sean and Jayne Sheerin. Jayne had previously worked in childcare for more than 20 years. Sean has worked in finance and is a former customs officer.

There are four parts to the organisation; the Manor House Nursery, the Manor House Forest School, the Kindergarten Woodland Nursery and Manor House Training and Development. The group has been rated outstanding by Ofsted.

Manor House Nursery has been contacted for further details of its plans.