A Kent ‘mermaid’ will be making regular visits to Thanet to practice her swimming in the Walpole Bay tidal pool.

Oceana Lucas, 24, tried out the pool yesterday (August 19) for her first sea swim in a new mertail.

The former East Kent College in Broadstairs student is representing Kent in the Miss Mermaid UK Pageant finals due to be held in Ringmead on September 29.

She is also raising awareness for the Marine Conservation Society, the pageant’s chosen charity and has a justgiving page for the society with a target of £1,500. 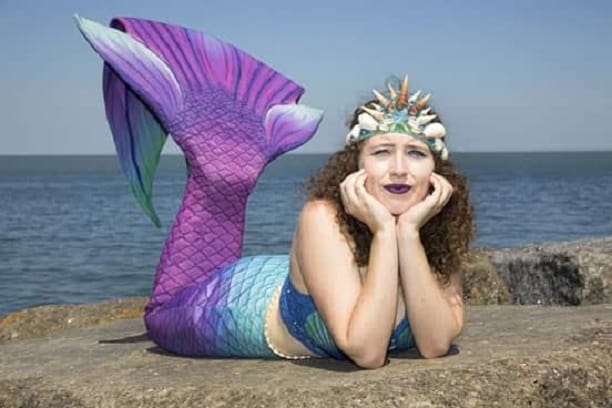 Oceana – which is her birth-given name – said: “ I am really excited to take part in the (Mermaid) finals and just as excited to raise money for such a good cause. “Being so close to many coastal towns I plan to fundraise in as many of them as possible..

“The Mermaid Pageant is a fun event to take part in.”

Oceana has taken part in beach litter picks and the Whitstable Oyster Parade and Harbour Day.

Oceana’s mum, Carol, said: “It was Oceana’s first time swimming in the sea with her mertail. She was a bit nervous to begin with but thoroughly enjoyed it once she got in. 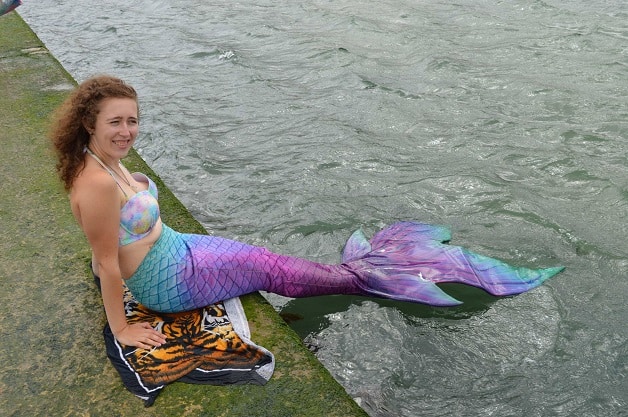 “We will be visiting again in September, hopefully at least twice, dependent on the weather. Oceana and I plan to make the most of the tidal pools throughout Thanet on a more regular basis as they are a good place to practice because most pools do not allow you to swim in a mono fin or mertail.”

Oceana is not the first mermaid to visit Thanet this year. In April the St Ives Mermaid, Cornish hospital receptionist Laura Evans, washed up at Walpole Bay.

The mermaid – who also was spotted at Dreamland but with legs – was testing out a new tail from Merthology Creations.

And the following month American Helena the Mermaid visited to soak up the sun at Botany Bay.

Find Oceana’s justgiving page in aid of the MCS here