It will be the end of a sweet-toothed era when Bernie’s Chocolate Bar in Margate closes its doors for the last time.

The chocolate café, housed in part of Margate’s impressive Flatiron building at the bottom end of the High Street, was the realisation of a 25 year dream for former finance boss Bernie Morgan.

The mum-of-three, who lives in Ramsgate, gave up her high-powered job after her mum died in 2012 and left her an unexpected legacy.

It was the opportunity to realise her ambition of running a chocolate café which embraced families, held events and supported charities and the community.

In tribute Bernie, who is chair of the board of trustees for the Dreamland Trust, opened the bar on her mum’s birthday – February 8 in 2014.

She said: “It was a life-time ambition to set up this place and I have loved it. I was a chief executive at a finance company in London, working around the world, so this was a complete change – a reinvention.

“I’ll miss all the people and events, charity fundraisers, customers and all my artists who have exhibited here.

“In the winters in Margate it is difficult with a lac of footfall but there have been really busy times as well, such as when Grayson Perry and Tracey Emin were at Turner Contemporary and when Demon Dayz was on. 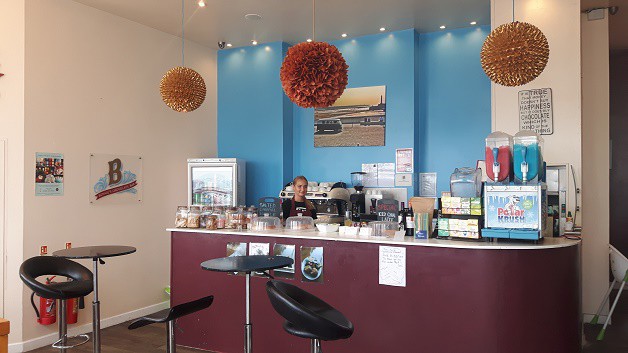 But now, as the current lease for the property comes to an end, Bernie is aiming to reinvent herself once more.

She said: “The lease renewal is for five years and I do not want to commit to that. I turn 60 next month and since opening the chocolate café I now have four grandchildren and want to spend time with them and my partner. It is time for a change now. 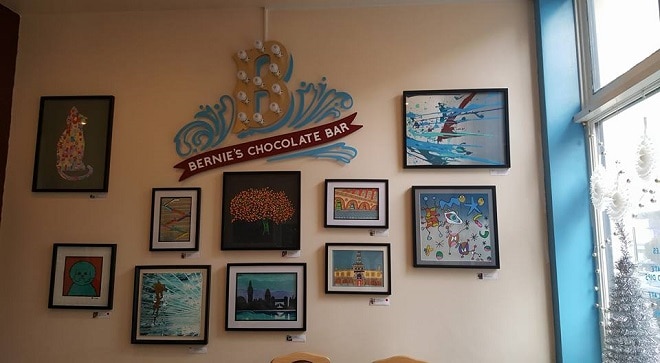 “I have also always had a drive to write a book and I think life is about pushing yourself and meeting your ambitions.

“Writing is quite solitary so I’m not sure how I will deal with that.” 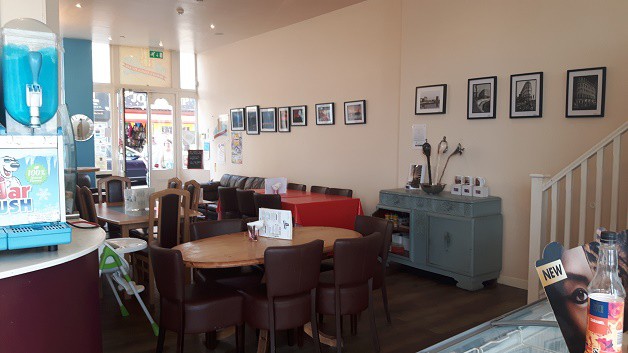 The tale Bernie wants to tell is that of her Indian  grandmother who had seven children and four husbands – the last spouse being 25 years her junior.

Bernie said: “I have been doing the research and writing is something I have always been interested in; I have a masters degree in English. It will be another big change but I’m looking forward to it.”

Bernie’s Chocolate Café will trade from noon to 4pm every day until August 27. Interest has been expressed in the property but what it will become next is not yet clear.

The chocolate café is housed in Margate’s Imperial House – originally called the Imperial Hotel, it was constructed in circa 1881 and is one of the world’s oldest flatiron buildings, predating its more famous and much taller cousin, the Flatiron Building in New York, by over 20 years.

Despite its impressive architecture the building is not listed.

It is said to have been built on the foundations of the Globe Hotel which traded in the 1850s but was fire damaged and then demolished to make way for the Imperial.

It has been home to numerous nightclubs, including the Ace of Clubs, Imps and Bar and was used as the backdrop to a Clarks shoes advertising poster. It now houses the Imperial Lounge, Bernie’s Chocolate Bar and flats.

The building was saved from disrepair by former Summit Aviation owner and Thanet Local Radio chairman Ken Wills. Several radio broadcasts were made from the building and Ken even installed a helipad on the roof but it had to be removed after failing safety certification.