Police intervened yesterday (July 24) when a group of boys were spotted jumping into the sea from the West Pier in Ramsgate.

The youngsters were tombstoning -jumping or diving from a height into water – from the area by the lighthouse. They were moved on by the officers and council workers.

Security by the East Pier has deterred youngsters from using that spot.

This month Thanet’s RNLI Lifeguards highlighted the dangers of tombstoning. Water depth is often deceiving and can result in injury at low tide.

Hidden dangers beneath the water include dumped items such as shopping trolleys which are often found and removed. 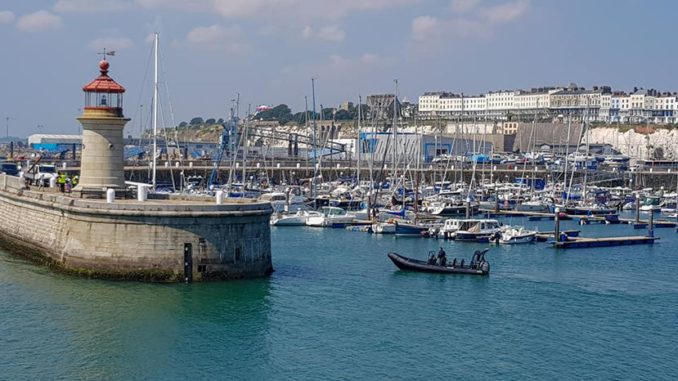 Thanet Lifeguard supervisor Stuart Cattell said: “Tombstoning can be dangerous because water depth alters with the tide. The water may be shallower than it seems, submerged objects like rocks may not be visible and can cause serious injury if you jump onto them. The shock of cold water may also make it difficult to swim and strong currents can rapidly sweep people away.”

Since 2004 HM Coastguard has dealt with over 200 incidents, with 70 injuries and 20 deaths. Of those injured the youngest was 12 and the oldest was 45.