I had the fortune to go and see legendary rockers Hawkwind at Dreamland, Hall by the Sea on Friday.

It was blisteringly hot outside like it has been all Summer and I met up with some friends at the Mechanical Elephant for a few beers before the gig. There were some amazing characters drinking outside the pub who were obviously going to the show as well. 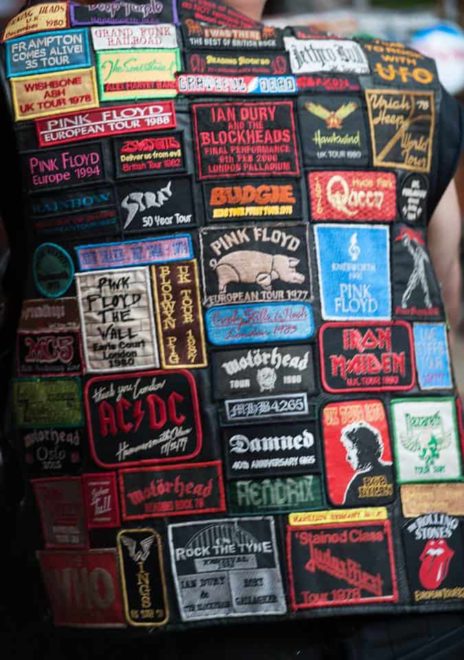 I spotted about 20 different versions of the Hawkwind band T-Shirt and some amazing custom-made outfits with band patches going back to the 1970s. Everyone seemed to be wearing band T’s or something funky and it added a real sense of community and event.

We wandered down to Dreamland and got through the ticket barriers into the gig. The opening band was the excellent ‘The Fierce and the Dead’ who have a new album out at the moment called ‘The Euphoric’

The line up of TFATD is: Kevin Feazey on Bass, Matt Stevens on Guitar, Steve Cleaton on Guitar and Stuart Marshall on Drums. They slammed some heavy pulsing rock at the enraptured crowd. The mood was upbeat and trippy with feedback loops, heavy pulsing bass, slamming drums and wailing guitar riffs. 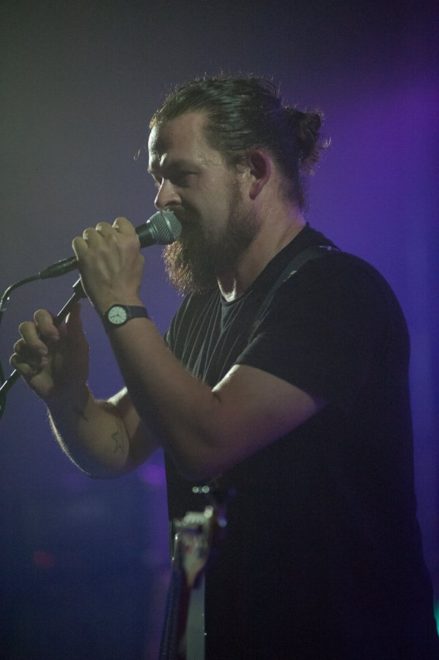 Matt Stevens seemed to love the howling feedback coming from his pickups. The crowd did as well.

About 10pm Hawkwind came on the stage. They had a big setup with keytars, Theremin, the usual electric and bass guitars, drums and endless effects pedals. The crowd roared when they came on stage ready to rock.

Hawkwind is led by legendary rocker Dave Brock who formed the band all the way back in 1969. The sound was unmistakably Hawkwind with pounding bass and psychedelic feedback loops and effect pedals. 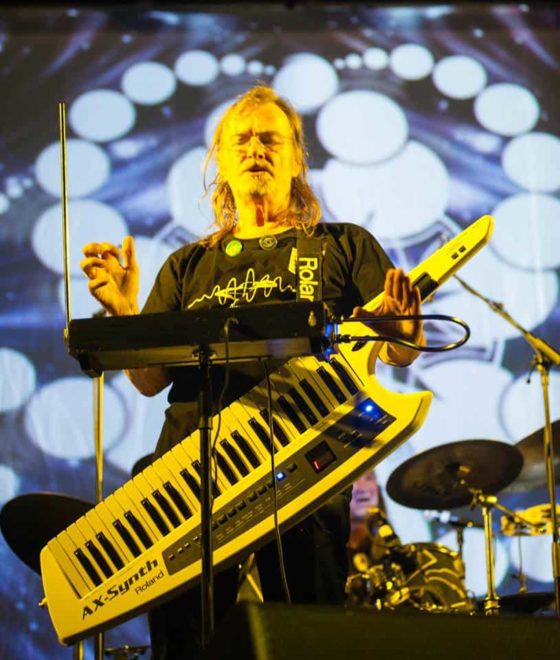 The wailing Theremin was awesome to hear with the lead and bass hammered over the top creating a wailing psychedelic wall of noise which, combined with the trippy projected visuals, created a wild experience.

It was an amazing gig, from a legendary band who have had more line-up changes than Trigger’s broom but have kept the core identity of Hawkwind whole. I came out with my ears ringing and my head swirling but a massive grin on my face. 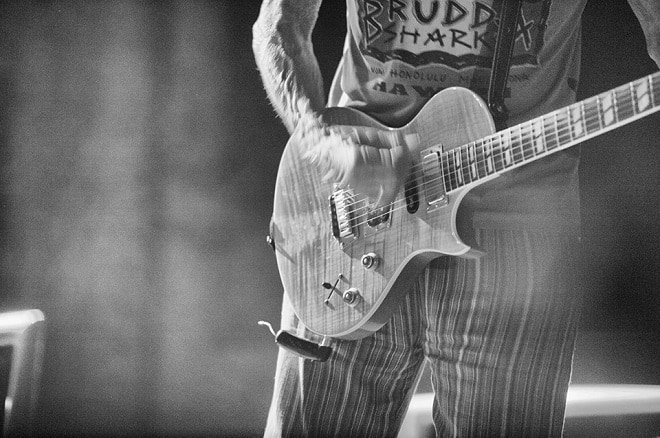 The new Hawkwind album ‘The Road to Utopia’ will be out 14 September. The band will be at ‘A New Day Festival’ in August from the 3rd to the 5th in Faversham if you want to catch them. Wear a Hawkwind T-shirt for best results.