The youngster was awarded her crown after entering the Face of Europe and the World pageant alongside her dance teacher Charlotte Silver, of Silver Slipper in Westgate, and fellow dance school pupil Aeryn Plewis. Charlotte scooped the Face of England crown and Aeryn took the Face of Mid Kent title. 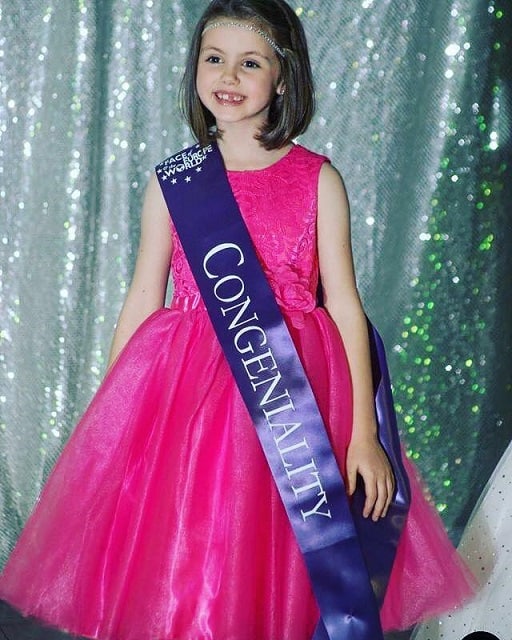 All three will be off to compete in the finals at Disneyland Paris in November.

Mum Rebecca said: “Caitlin absolutely loves it and doesn’t want to take her crown off. She thinks she is a real, live princess!

“She is raising money and awareness for Headway and has already done a 2k run and an assembly at her school. This Saturday she will have a stall at the Minster Show.” 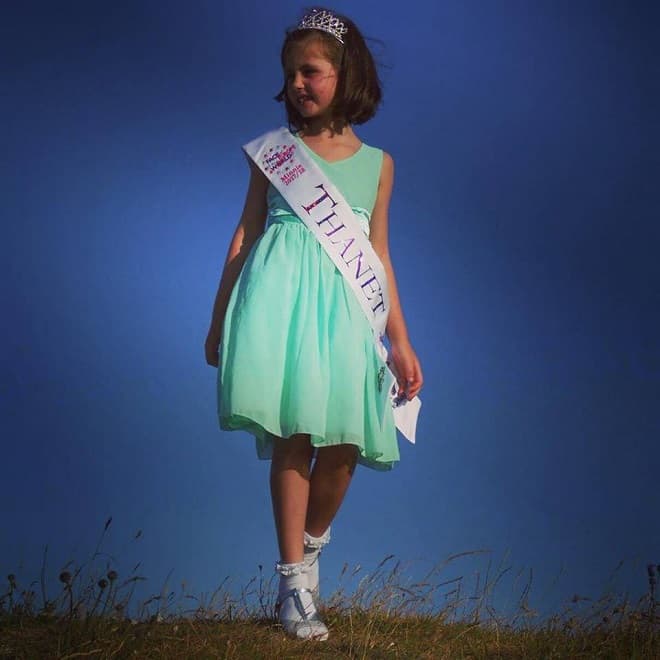 Caitlin has also set up a gofundme page to raise cash for the cause. Find the page here

The competition is the first that Caitlin has entered although she is signed up with Bizzykidz modelling agency.

Rebecca, who is also mum to two-year-old Skylar, said: “A lot of people said about entering but I always thought pageants were an American thing. Then Charlotte heard about this one and they entered.

“We want to raise as much money as we can for the charity and also awareness. When Caitlin was having photos done recently lots of people asked her about the title and she was able to talk to them about the charity too.” 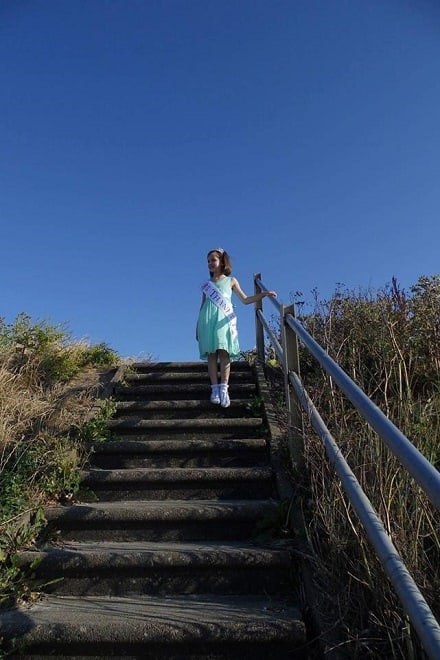 The Face of Europe finals take place from November 2-7. Prizes include a professional photo shoot and one year membership with a talent agency.