A children’s book that has been some two years in the making is now being illustrated – and people are being offered the chance to appear in the drawings.

Woblin is a tale of the power of friendship created by former Broadstairs creative writing student Lauren Busby.

The 38-year-old mobility sales advisor was inspired to pen the rhyming tale for her six-year-old, twin nieces  Alice and Isabel  during her time on the Kent Adult Education writing course.

Suffering from self-doubt and receiving publisher rejections have created hurdles but determined Lauren has set up her own publishing company and teamed up with talented Margate artist Alex Foster to see her book come to fruition.

She said: “It was my nieces who reignited my love of writing and were the inspiration behind these stories. I have loved to write since I was a child. Being an author was something I dreamed of pursuing from a young age, but an almost crippling lack of self-belief stopped me from ever doing so.

“In 2016, after lots of coaxing from friends and family, I stepped out of the shadows and enrolled in the “Creative Writing for All” class with Kent Adult Education in Broadstairs. It was at a particularly difficult time for me and I tried to withdraw from the class at the eleventh hour – I thought the idea of “someone like me” joining a creative writing class was laughable and I would be well and truly out of my depth. 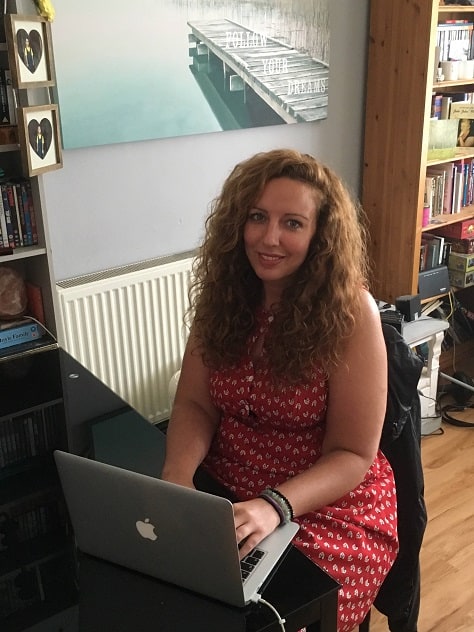 “Thankfully, the course administrator, talked me round and, after initial nerves, I threw myself into the course and cherished every week I was there. My peers were awesome – I made some excellent friends – and my course tutor was so patient and encouraging.

“Every week on the course, we would study a different area of writing. Poetry week stood out to me in particular. The following week was writing for children. We were given a visual writing prompt and were instructed to write a short story or poem relating to this.

“I had not written a poem for over 20 years but thought, why not and jumped straight in. I wrote a rhyming story about my nieces going on an adventure. Writing this little tale engulfed the flames of a huge love affair between me and poetry and suddenly, I couldn’t stop writing rhyming children’s stories! It’s all I could think about.

“One of the stories really jumped out to me and for the first time ever, I felt as though I had something that could be special on my hands to hopefully release to a wider audience.

“I sent the story off to every publisher and literary agent I could find in the land. For the first time in my life, I really believed in something I had written and felt certain I would have some positive news. Instead, my inbox was flooded with rejection after heart-rending rejection email. It soon dawned on me that my dreams of a publishing deal were not to be. “

Lauren spent months editing the book and resent the finished version to publishers but couldn’t find one willing to take it on.

She was almost at the point of giving up when she decided to try self-publishing. Then her search for an illustrator began and Alex Foster was suggested.

Lauren said: “I fell in love with Alex’s work as soon as I saw his website. I was nervous when Alex and I first met for coffee. I was certain he would read my story and politely decline coming on board. Here I was sat with a guy of total artistic pedigree with his previous commissions being from the Roald Dahl Estate, Marks & Spencer and English Heritage to name a few!

“Thankfully, my nerves could not have been further from the truth! Alex was brimming with excitement and enthusiasm from the moment he read the story and, after negotiating terms, we met a short week later at Turner Contemporary and signed a contract to bring the story to print.”

Lauren set up publishing company Dreamy Books and has been working with Alex for around six weeks.

Alex, 26, perfected his skills at the University for the Creative Arts, Canterbury, and then graduated from Middlesex University in 2013 with a First Class degree in Illustration.

He had taken on commercial commissions before finishing his university course and in just a few years has scooped the 2015 World Illustration Award and worked for high profile clients including the Roald Dahl Literary Estate; American Express; M&S / Hallmark, Expedia, Anorak Magazine, English Heritage and Airbnb.

The pair are running a joint competition on social media for people to be chosen to be illustrated in the book. The competition closes on July 7. The book is due to be published in September.

Details and further information can be found on facebook.com/TheDreamiestBooks 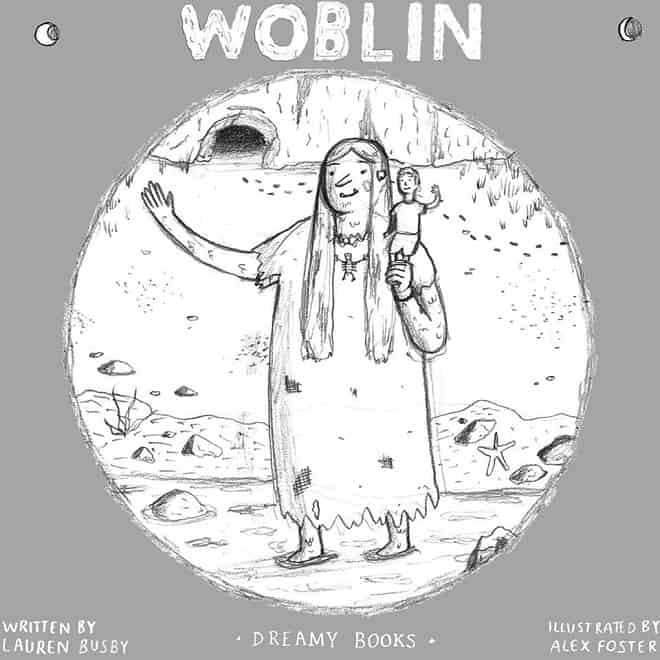 Woblin is an enormous creature, physically different from those around her. She struggles to make any friends as she scares everyone she meets and tries talking to. Constantly being stared and pointed at, she chooses to move into a cave by the sea where she lives a lonely, isolated life – but one finally free from judgement.

She feels she is an ugly monster and dreams of being “normal”.

One day, she comes across a boy outside her cave, sobbing, as he is sick of being continually teased for being small. The unlikely duo form a friendship and embark on an adventure together.

Along they way, they are taught valuable lessons that it’s what’s on the inside that counts, appreciating who you are, spreading kindness and the power of friendship. It also celebrates the fact that we are all different.

The tale will feature a double page beach scene with Botany Bay and Reculver Towers. Alex chose Botany Bay as he and partner Meg like to go there and Lauren chose Reculver Towers as she used to live in Minnis Bay and write on her seafront balcony looking out across Minnis and towards Reculver.