Olympic and World Champion athlete, John Regis MBE, was the guest of honour as the Thanet Primary Association for School Sport, or Thanet Passport as it is more popularly known, held their first awards evening at Margate Winter Gardens.

John, who is still the British 200 metre record holder and who was a member of the 4x400m team that won World Championship Gold in 1991, was delighted to present the awards and emphasised in his speech that taking part in sport should always be enjoyable.

The event began with a performance of ‘Together’ and ‘World in Union’ by the Upton Junior School choir, before the Chairman of Thanet Passport, Gary Rees, welcomed the pupils, staff and governors from the 31 primary schools attending, as well as representatives from local sports clubs and businesses which sponsor Passport. 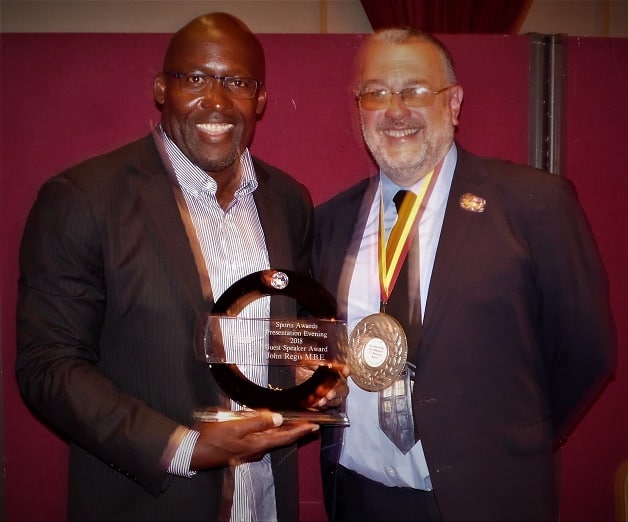 Celebrating seven years of Thanet Passport, Gary (pictured with John) outlined how it has grown. With annual participation figures that have increased to more than 9000 and over 60 events encompassing different 25 sports, the organisation has evolved into something that is quite unique in the country.

Every school received commemorative glass trophy, specially designed for the occasion, whilst those who had achieved the ‘School Games Mark’ also received a framed certificate. There were also winners and highly commended awards in four categories.

School Team of the Year 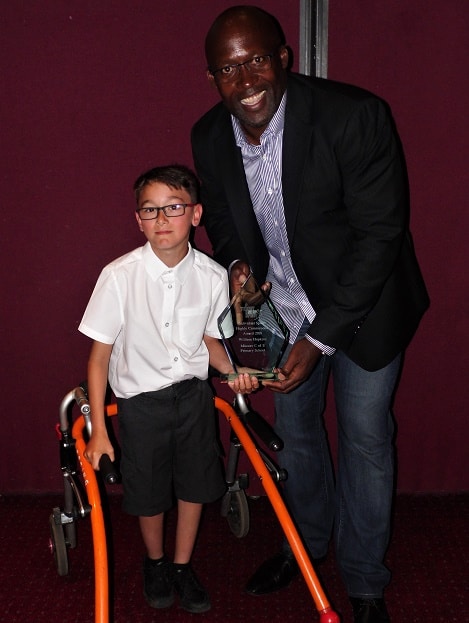 Highly Commended – William Hopkins (pictured with John) from Minster Primary School (who does not let his cerebral palsy stop him taking part in cross country, football and swimming and is a role model for inclusive sport in Thanet)

Most Improved School Sports School of the Year