A Broadstairs teacher is to take on a 400km ride on African roads to raise cash and awareness for the David Shepherd Wildlife Foundation.

Next month Dane Court head of sport Andrew White will join a team of conservation ambassadors on an epic Wild Ride journey, pedalling across Zambia.

The challenge will take Andrew and the team on a six-day ride through the wilds of Kafue National Park and down to the famous Victoria Falls in Livingstone – calling in at DSWF funded projects, a school and community groups along the way.

Chaperoned by local wildlife rangers, the team will pedal across the African plains, dodging all kinds of wildlife – which could include lions, elephants, crocodiles and hippos!  The cyclists will brave mud roads and many challenges, before arriving at Victoria Falls.

The Wild Ride team aims to raise £75,000 to support DSWF’s projects in Zambia and Zimbabwe, which help protect endangered species such as elephants and painted dogs. The funds will target anti-poaching and park protection/rescue work, species rehabilitation and release, as well as community education.

Andrew said: “The adventure is now just a few weeks away and I am filled with excitement and a few nerves. This ride for me is about bringing to life a dream I have had for nearly 10 years.

“Cycling for six days through national parkland, extreme heat and on very questionable roads, the trip will be a testament to the team’s mental and physical ability and challenge them to a new level. But knowing we are raising money to make a real difference to DSWF’s work will really spur on our tired legs and keep those bike wheels turning!”

The David Shepherd Wildlife Foundation is a wildlife conservation charity based in Shalford, near Guildford, founded by the late, wildlife artist and conservationist David Shepherd CBE FRSA (1931-2017), who had a particular passion for Zambia. DSWF continues to support a range of innovative and far reaching projects to protect threatened species and their habitats from the impacts of crime across Africa and Asia.

DSWF’s Head of Programme and Policy Georgina Lamb, who is David Shepherd’s granddaughter, said: “This is an incredible undertaking by our brave conservation ambassadors and we are so very grateful for all the time and energy they are putting into this awesome cycling challenge.”

Andrew and the Wild Ride team will begin their trip with a visit to the Elephant Orphanage Project run by Game Rangers International (GRI) in the Zambian capital, Lusaka. GRI and DSWF have had a long-standing partnership and will be one of the key projects the team will be raising funds for. The challenge will also raise vital funds for the Painted Dog Conservation project in Zimbabwe, which DSWF has supported for many years. 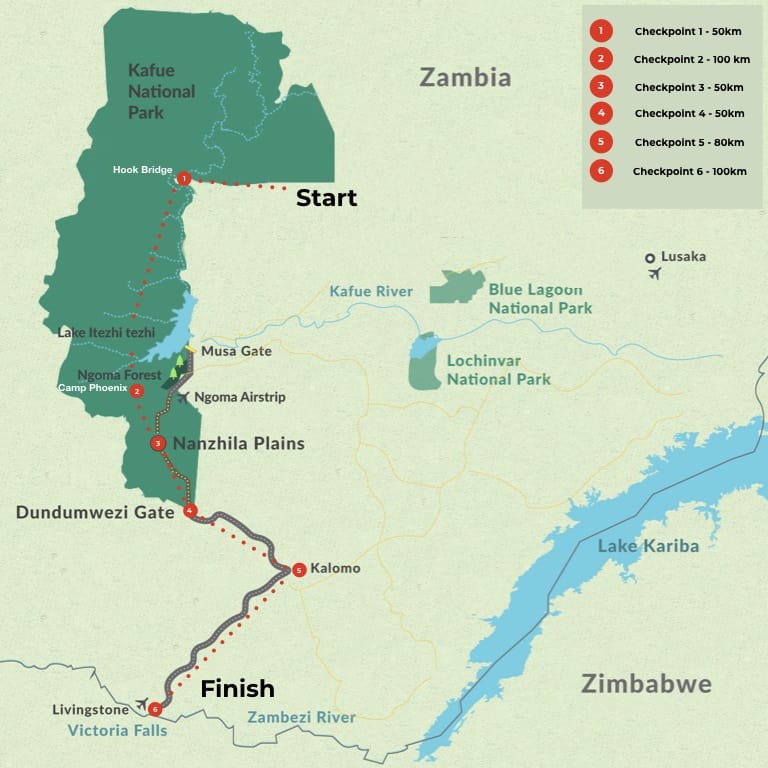 On July 25 the cyclists will set off on their Wild Ride from GRI’s headquarters in Hook Bridge, before heading out across Kafue National Park to GRI’s Phoenix orphan elephant release and rehabilitation centre 100km away. They’ll then continue their journey through Africa’s second largest national park, before reaching Victoria Falls on August 2.

The team are seeking sponsorship from corporate supporters or individuals to help them reach their £75,000 fundraising target.

You can follow the progress of the Wild Ride team in July via @DSWFWildlife #WildRide2018 or at davidshepherd.org