Pupils at Laleham Gap school in Ramsgate have been treated to a visit from Commonwealth table tennis medallist and British Olympic hero Sam Walker.

The star, who had only recently flown in from Germany where he plays professionally, took PE lessons for the secondary pupils, answered questions, showed his medals and played staff, including some round the back trick shots! 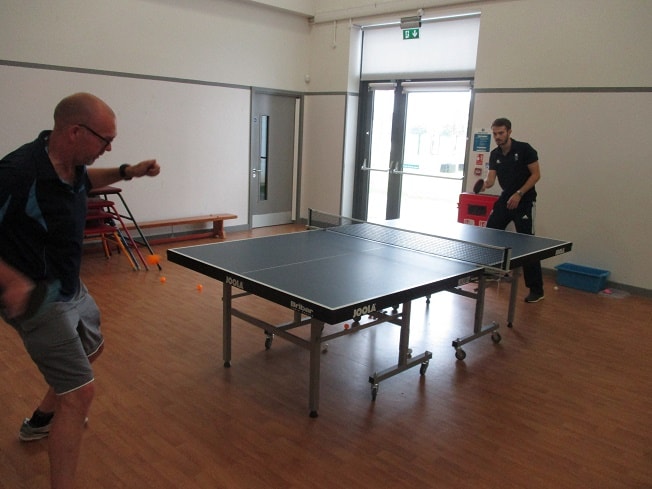 Playing Paul Ursell, Laleham Gap’s teacher and qualified table tennis coach, he was able to amaze pupils with his power and later play the school robot even when set to full speed.

Mr Ursell said: “I was so proud of the pupils. It was lovely to see how much they enjoyed themselves and how they have been inspired. I am sure the sport here will develop even further. 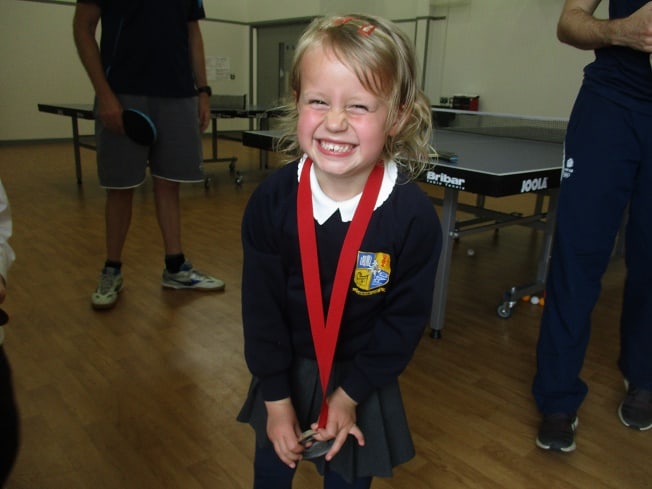 “Particularly amazing were the insightful questions they asked. Whilst the day (June 19) was about table tennis it was also about inspiring the pupils to achieve. Sam showed them that if you find the right thing -it may be table tennis, a different sport or something completely different- and really work at it that you can have an incredibly successful life. And that is what Laleham Gap is all about.”

Sam added: “It is lovely to see what Mr Ursell is doing with table tennis here. I remember when I was young the amount of time and effort people gave to me. I am only too pleased to come to schools like this and give something back. Table tennis is such a great sport too.” 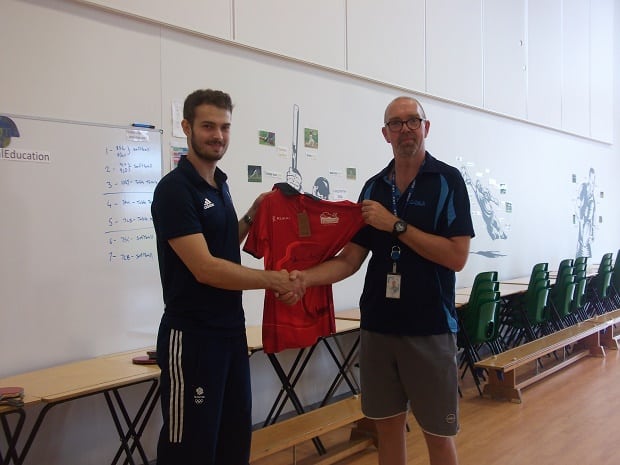 Table Tennis England gave the school a signed shirt from Sam to display in a frame, which Mr Ursell gratefully accepted.

Sam wowed pupils by letting them each look at and hold his medals close up. He told them whilst he liked the look of his recent Commonwealth medal the one he most prized was the World Cup medal. Not surprising as it was the first time in 32 years an English table tennis team had gained a medal at world level.

Sam also joined the pupils in an assembly Q&A and explained he trained 8 hours a day and did not have any days off! He revealed he has been playing the sport since the age of 2, when his dad got him to stand on a chair to reach the table. 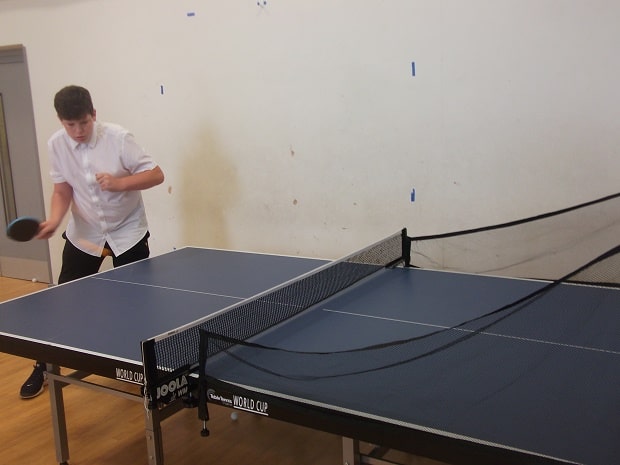 Sam was busy all day, but with an emphasis on fun. Even when Mr Ursell did let Sam “rest” and let him sit down  he was still given a bat to play seated table tennis. Pupils kept a rally going with Sam, running round the table to take turns.

In a bid to help the pupils children beat Sam Mr Ursell made the star play with ever smaller bats – until he got to a bat that was smaller than the ball!