Police and fire crews have been called to a car blaze following a crash in Ramsgate this afternoon (June 15).

Kent Fire and Rescue Service was called at 3.05pm to reports of the car fire following a two-vehicle crash in Ellington Road.

The people in both vehicles were out on arrival. There is one reported male casualty who has been passed to the care of paramedics. One driver reportedly left the scene. 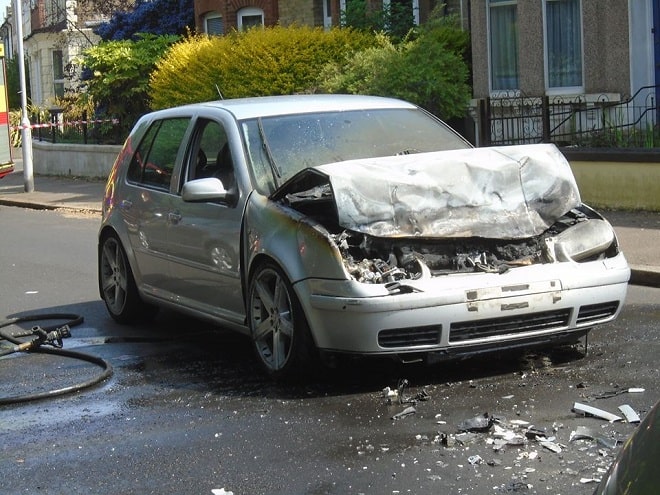 A witness said: “Flames were enormous but the  fire brigade got them dowsed in 30 seconds flat!. Then paramedics arrived with sirens blaring.”

Fire crews stop time was 3.45pm for the incident.

“Officers attended the scene along with Kent Fire and Rescue Service and the South East Coast Ambulance Service.

“One person reported minor injuries. Enquiries are ongoing to locate the driver of one of the cars.”