It’s a question Broadstairs author Jane Wenham-Jones is used to being asked – and she knows she’ll be asked it again now that her fifth novel has been published.

“I’ve often said I plunder my own life for my novels,” she explained. “And when I run out of material I look around to what everyone else is doing.”

Two of her previous novels – Prime Time and One Glass is Never Enough – have been set in Broadstairs and Jane says she is amused by the number of readers who have imagined they feature. In fact, when she has been inspired by real people, very few have realized exactly who she had in mind.

She said: “My second novel – Perfect Alibis – was about a group of married women having affairs. I was astonished when one woman – who I had always viewed as a pillar of local society – assumed one of the characters was her! She seemed quite pleased too!” 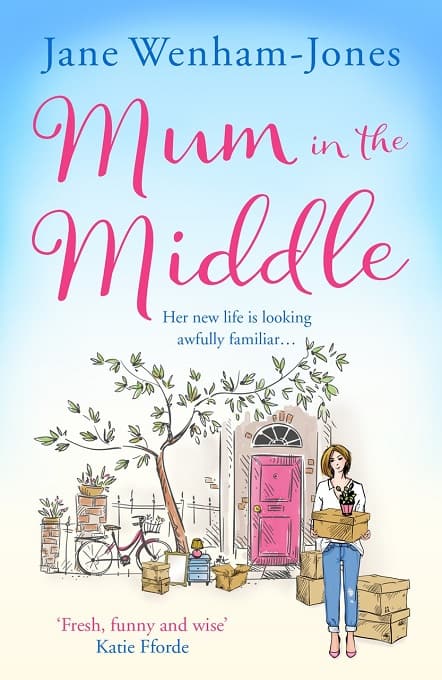 Jane’s latest novel published tomorrow (June 15) as an e book, with the paperback version following in September is called Mum in the Middle (Harper Collins). It is the story of Tess, one of the ‘squeezed’ generation, with adult kids still needing financial support at one end and elderly parents starting to lose their independence at the other.

Tess’s mother in the book lives in Margate and Jane has again has drawn on her experience of living and working in Thanet most of her life.

She said: “Some of the story is set around a local newpaper, with  a suitably grumpy editor! And goings-on at the local council get a mention. My heroine Tess is a DFL (Down from London) who has moved into the town of Northstone to take advantage of the hi-speed train link and quieter life and of course, I know all about the tensions that can be caused by newcomers wanting to make a difference.

“I personally think the DFLs have done wonders for the area but I know not everybody agrees.

“I couldn’t resist including mention of my friend Marina O’Loughlin, the restaurant critic for the Sunday Times, who is immensely funny on the subject.”

Tess is hoping for a fresh beginning but naturally, she soon finds that life in the new town is anything but peaceful. Part mystery, part romance, with a few laughs along the way, this is a story for anyone who feels short on “me time”.

Mum in the Middle is available as an e book on kindle and other platforms at the special price of 99p from  June 15.

The paperback is published in September by Harper Impulse.