Helping women in a case that brought radical change in cervical cancer screening services, securing SureStart centres and Early Years projects for Thanet and campaigning for an isle dialysis unit are just a handful of the achievements of former council leader Iris Johnston over the years.

The stalwart Labour councillor – fondly referred to as The Rose – plans to retire by next year’s local elections in May, after a whopping 24 years of service to residents.

The mum-of-five, who will celebrate her 70th birthday this October, moved to Margate with husband Michael in 1982 so they could bring their children up in the seaside town.

The pair met in the Bunch of Grapes pub in Knightsbridge and married soon after in 1974.

The pair were living in Willesden but fell in love with the isle during regular holidays to Westgate and made the decision to quit London after their third child was born. 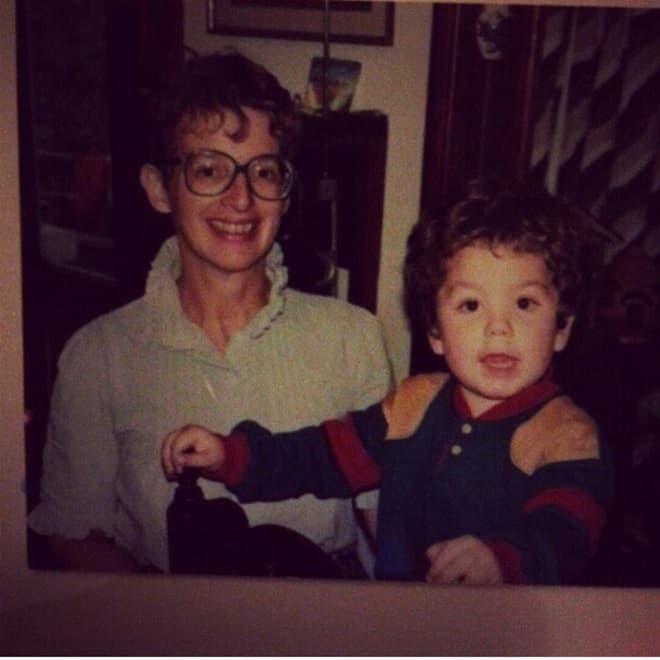 Iris, whose first job was in a Dublin bookshop before moving to the UK in 1968, first stood in elections in Thanet in the 1980s, coming last on her first attempt, but had been involved in campaigns and community work long before.

She said: “I got a job at Willesden General Hospital and trained as a cardiographer. I campaigned for a creche during my own maternity leave and then ran t up until the week my baby was born. I was very conscious of the fact I was there with no relatives close by to help with my family and that creches were a necessary provision to help young mums that wanted to, and actually needed to, work.”

Once living on the isle Iris began volunteering with The Children’s Society and was helping in a creche in Irvine Drive. She stood for election in the late 80s for Northdown ward but wasn’t successful.

Iris was successful in her bid when she stood in 1995 for the then Marine Ward, meaning she had to combine being a mum-of-five with ward work.

She said: “I had a surgery every Tuesday in our house which meant I was able to manage the children around what I was doing.”

When the boundaries changed in 2003 Iris stood for the new Margate Central ward alongside running mate Dot West. Iris was voted in but Dot lost by one vote. The seat was taken back by Labour’s John Watkins in the Autumn of that year. 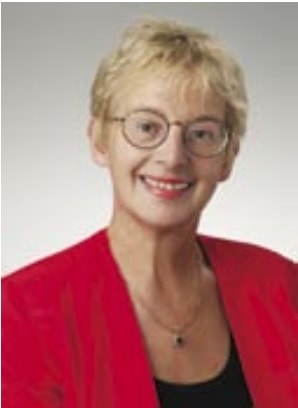 Iris, who was also a foster carer and has been a governor for various isle schools for more than 20 years, stood in the General Elections in 1997 and 2005 for North Thanet but did not win the seat.

During her time at council she has served on almost all committees, held Cabinet posts and been leader. She has also been Margate mayor, is an honorary burgess, was a member of Margate Image from 1995 – which later became Margate Town Partnership and was then absorbed into Margate Town Team – and was a founder member of the Westbrook Traders Group.

She has been an election agent for Labour Party candidates and was chair of British Destination, a national body overseeing tourism and working on issues such as Houses of Multiple Occupation, and raising standards of accommodation providers. 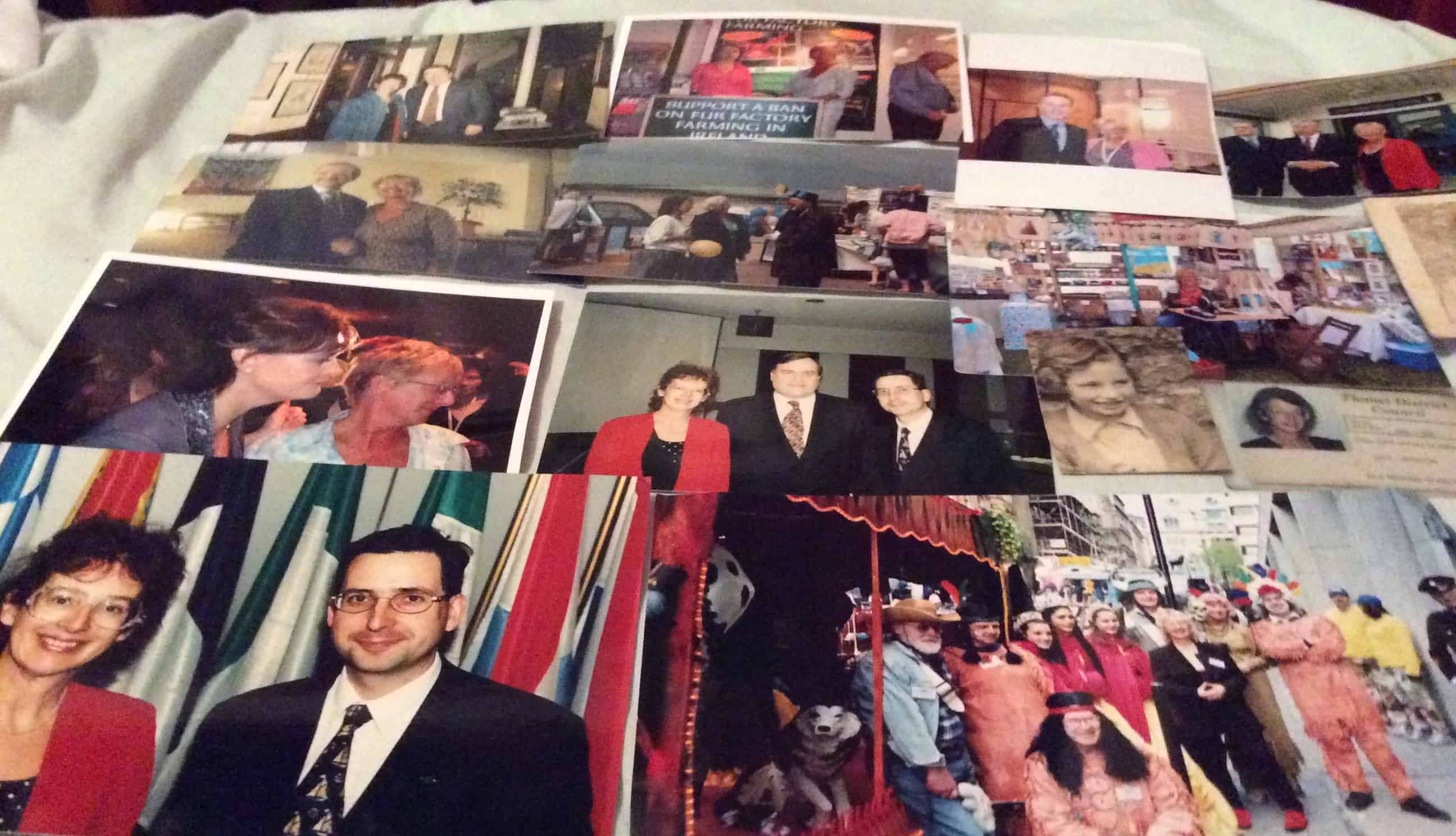 A highlight was also being involved in the steering group for Turner Contemporary and part of the panel which gave the director job to Victoria Pomery. Iris also met the Queen, and introduced her to veterans, when Her Majesty attended the official opening of the art gallery in 2011.

Another was the campaign for Sure Start centres, providing early education, health and family support.

The nan-of-five said: “I am particularly pleased that I was here and able to bring everyone together to make sure we had Sure Starts in Thanet. I was also involved with the early days of  Oasis (Domestic Abuse Service). I campaigned for a refuge for victims of domestic violence and was very pleased to be invited by the Oasis founder Yvonne to be involved at the start.” 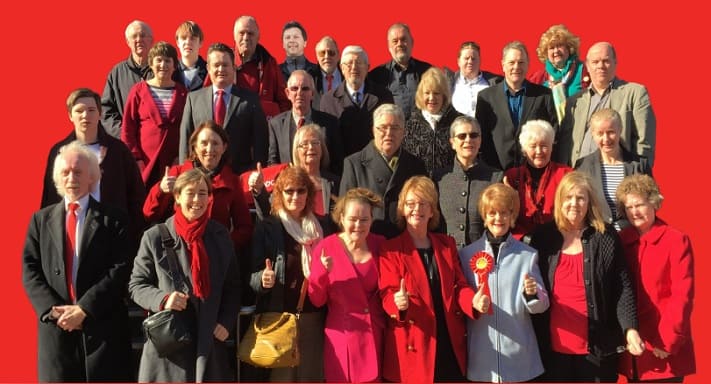 “The biggest thing that makes me smile is when I see pensioners getting on the bus with their passes as I led the campaign for pensioners’ bus passes all those years ago and have my own pass now.

“Some lovely ladies in Palm Bay and Birchington supported me, getting involved with the petition, and the Labour administration in 1995 brought them in. We must make sure we keep them.”

Iris also campaigned for the Thanet Early Years project which was granted £60,000 a year when it started and is still running today.

The overhaul of the smear test process came about after a scandal at the Kent & Canterbury Hospital where hundreds of women were given the all-clear on tests when there had actually been signs of abnormal cells.

Iris, who was once voted at one of the 11 most influential women in Kent, was involved in the campaign for change and in 1999 three women, including one from Ramsgate, won a High Court case to gain compensation for medical negligence. The fight was led by solicitor Sarah Harman.

Iris said: “It led to a huge inquiry. I had been at health council meetings and when I asked how many women had died through this failure I was told at least seven. We thought with such a scandal and tragedy it had to be stopped from ever happening again. Unfortunately, it has happened, certainly in Ireland as well as the UK.

“Human error should never have led to the lives we saw destroyed.”

The failure to identify those abnormal cells led to the deaths of 8 women in total with another 30 needing hysterectomies and 333 who had been told their smears were clear being informed they were actually at a high risk of cancer.

Following the scandal smear testing was moved to Ashford and new UK-wide targets being brought in. 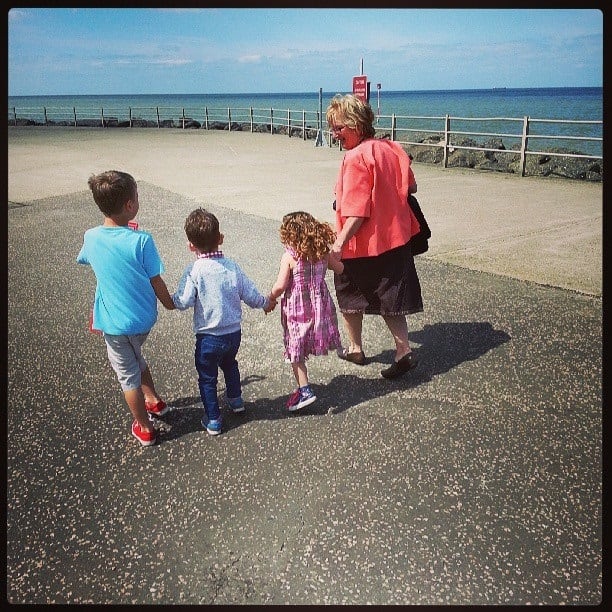 Iris, who was Thanet council leader in 2014 before UKIP’s takeover of power in 2015, is now looking forward to time with her grandchildren and big family get-togethers as well as time with husband Michael, a retired social worker.

But she added: “I will still be active in the Labour Party and keeping an eye to make sure we do not lose any of the hard-won support for families in the coming years.”