The poet and writer told pupils at Upton Junior School in Broadstairs: “Ideas are everywhere, every place you look and in the things that you hear – to be a writer you need to be an ideas detective.”

He was talking as part of a series of workshops that included a percussion and poetry session and a poetry workshop for families and pupils together.

Mr Moses believes that creative writing can stretch a child’s imagination and he demonstrated that as he and the pupils worked together to create a poem called The Magical Cat. 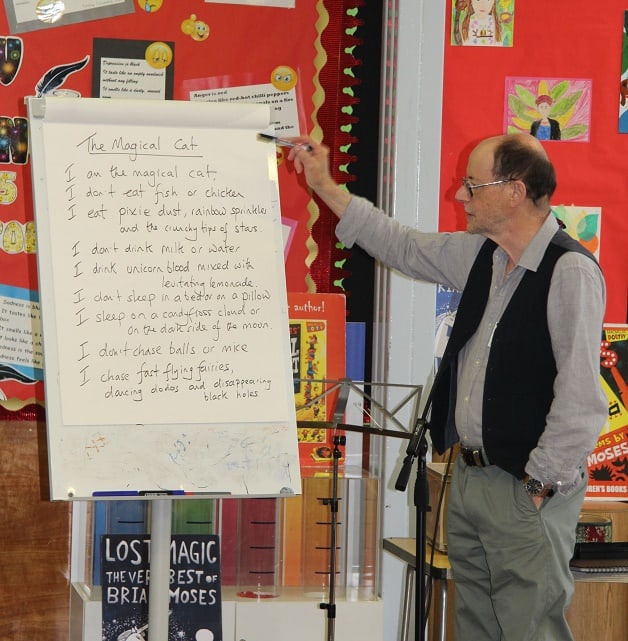 He then challenged them to use a similar poetry pattern and writing technique to devise their own fantastic images through words.

He said: “Children respond so well when they are encouraged to think beyond the obvious and yet again we had some cracking ideas from the pupils. I have been coming to Upton since the early 1990s and it is always a joy to see creative minds at work during the sessions. 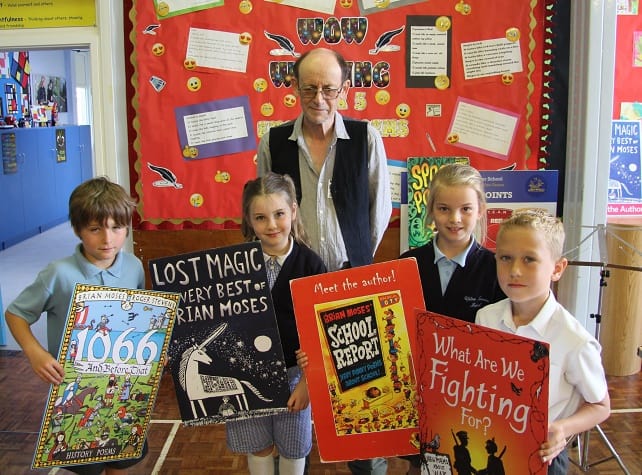 “In one of the workshops I was demonstrating a poem together with an African drum beat and I even had pupils getting up to play air guitar with me – they were really involved which was so stimulating for everyone.” 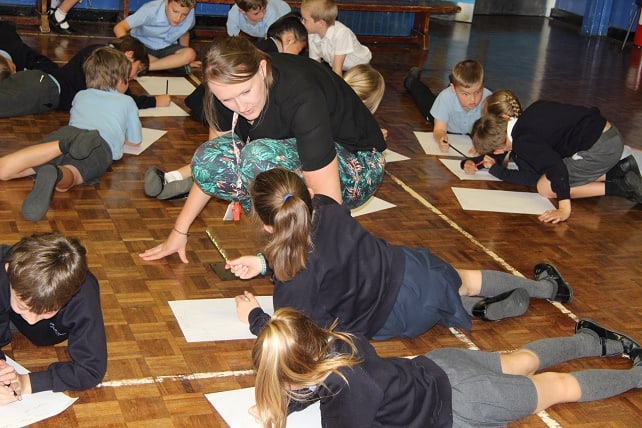 In a question and answer session Mr Moses revealed that his first poem was to a girl he liked. He said: “I was 16 years old and decided to write a poem to a girl that I liked who lived up the road. It took me ages to finish and eventually I put it in an envelope and pushed it through her letterbox – but she chose someone else who had a motorbike and I didn’t!” 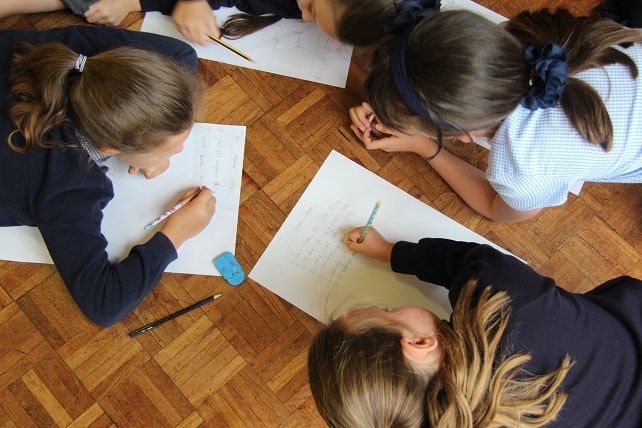 He also told how he started writing poems. He said: “I began when I realised I was never going to be good enough on guitar to be a rock star, but I liked writing lyrics and decided that I would be a poet – I love the rhythm of poems.”

Mr Moses, who worked over two days with a range of year groups exploring the use of language, grew up in Ramsgate and went to Holy Trinity and Chatham House schools before spending time as a musician, a teacher and the last 30 years as a writer. 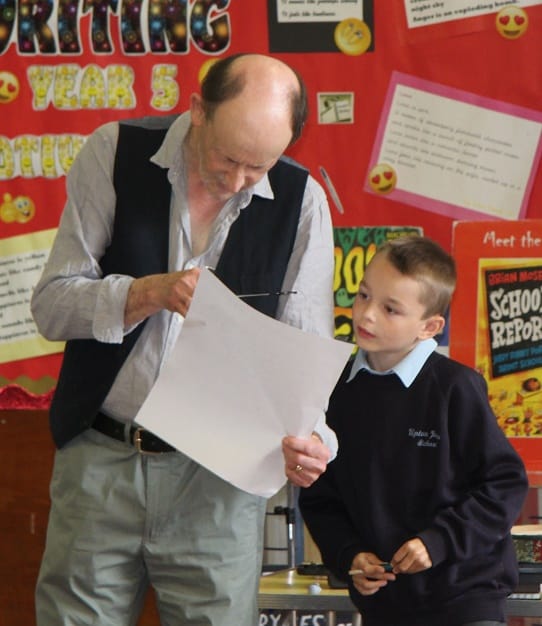 Head of Year 3 Fran Pellett said: “All of Brian’s sessions were fantastic. He engaged all of the children and adults, and his obvious love of poetry and writing was infectious.

“We have a strong creative element to our literacy work at Upton, and Brian’s encouragement and experience gave our children two enriching days broadening their skills that they won’t forget. 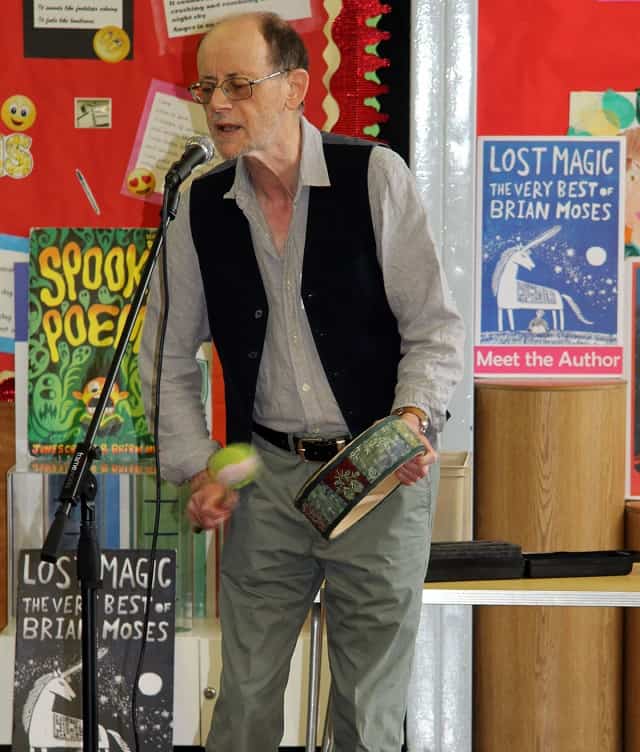 He taught for 13 years and has been a professional writer in schools, libraries, theatres and festivals since 1988.

He has given more than 2500 performances of his poetry and percussion show and run countless writing workshops.

Some one million of his poetry books and anthologies have been sold by Macmillan Children’s Books.

He was commissioned by CBBC to write a poem for the Queen’s 80th birthday which was then performed live on air.

He was invited by Prince Charles to speak at Prince’s Summer School for teachers, at Cambridge University.

He has been a keynote speaker at International School conferences in London and Madrid.

He is Reading Champion for the National Literacy Trust and Co-director of the Able Writers’ Scheme he founded in 2002.

He has published over 200 books from publishers such as Macmillan, Hachette, Puffin, OUP, Collins, Longman, Heinemann & Frances Lincoln.