The Margate Sands bay inspector has been removed due to a lack of funding, says ward councillor Iris Johnston.

Your Leisure provides the inspectors but has had to review which services it will offer since Thanet council slashed funding to the organisation.

Cllr Johnston said she has been told bay inspectors will now only be provided on sites with beach huts, which provide an income.

She said she was not notified of the decision and only found out when beach traders contacted her to find out how they could get their equipment out of the inspector’s hut.

She said: “Concessionaires were asking me about the keys for the hut, When I checked what was going on Your Leisure said they could no longer supply someone as they were not funded to do so.

“I have challenged the council officer about what affect this will have on the Blue Flag status as one of the criteria for it is to ensure safety management. The officer didn’t feel it was a consideration.

“It is of considerable concern to me that one of the busiest beaches in Thanet will no longer have an inspector and there will be no-one to properly look after lost children and to report rubbish. It may be that the lifeguards will have to do any beach announcements.

“What is very disappointing is that I had to hear about this from the concessionaires who did not know how to access their equipment.

“It has been several weeks since I reported this to council, just after the May bank holiday,  but I am yet to hear if this decision will be rescinded and the council will properly fund an inspector to meet all our necessary obligations.” 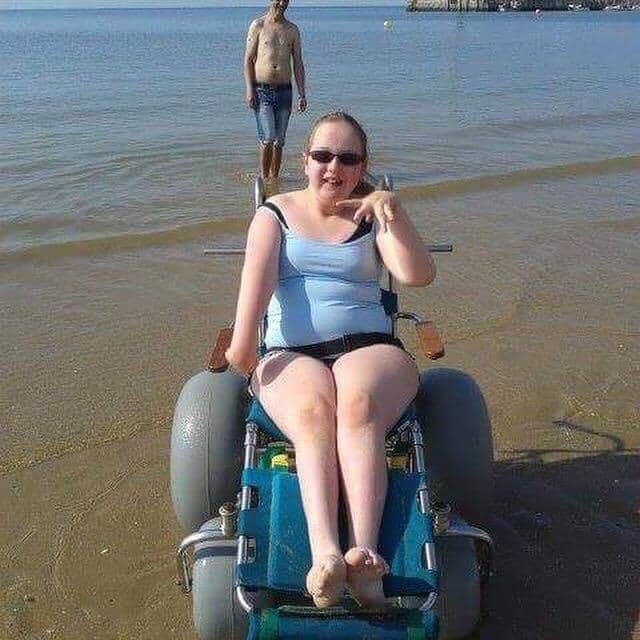 The withdrawal of the inspector from Margate has also hit the Beach Within Reach charity, which provides all-terrain wheelchairs for people to be able to access bays across the isle.

Debbie Fifield, from the charity, said: “The withdrawal means we cannot currently offer the wheelchair at Margate. I only found out there was no bay inspector after I tried to get hold of the foreshores officer to arrange getting the chairs out and was told she is no longer at the council.

“Eventually I got hold of someone in the council who said there would be no bay inspector as no-one was paying for them.”

Ms Fifield said it was particularly disappointing not to have the service at Margate after donations and fundraising by Thanet residents, groups and businesses had raised £63,000 to replace all 15 chairs.

Beach Within Reach does have chairs at other sites, including Broadstairs and Minnis Bay. For information call 07432 648275 or click here