Margate-based animation studio, A+C has produced a new online stop-motion film to highlight the impact of plastic pollution. It was created out of concern that the UK will use 4.1 billion single use drink cups and lids this year, according to the WWF (World Wide Fund for nature).

The animation team laser cut 90 stencils and sprinkled chocolate powder images over them to bring a dolphin to life on 90 cups of coffee, which were then animated frame-by-frame in an industry first. The film follows a dolphin living a happy life before encountering plastic pollution and dying. 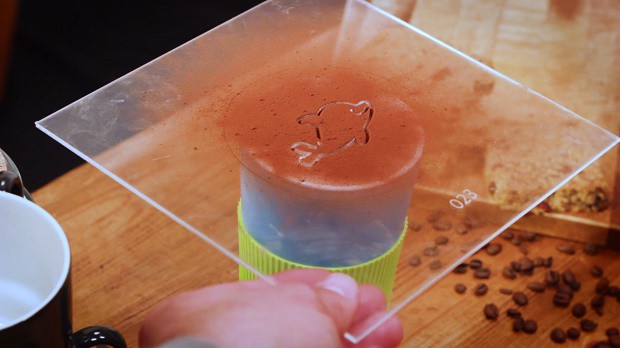 The concept of animating the animal’s life on a coffee cup was made to help change the culture of single use coffee cups which litter our coastlines and oceans. It took A+C studio’s creative team two weeks to produce in time for World Oceans Day last Friday (June 8).

A+C’s animation director Dan Richards said: “Being based by the sea, we’ve seen first-hand the increase in plastic pollution on our coasts. We recently made an animation for a supermarket about cutting out plastic cups from their stores and it gave me an idea to create an animation in coffee to really get the message across.

“It was a really experimental process using all the laser stencils and the final film hits home. Our aim is to contribute to the change in consumer consciousness about using single use plastic in everyday life and for people to be more aware of protecting our ocean.”

Read here: Inside the Margate building where Lego, Plasticine and paper-crafted characters are brought to life