A tough start in life with a mum addicted to drink and drugs and a struggle to survive after being kicked out of home at 15 was the motivation behind the creation of a special youth training site in Ramsgate.

Liberty Training, based at Paragon House in Albert Street, offers training and qualifications aimed at getting young people into work or further education.

Yesterday (Friday 8) the organisation celebrated its fifth anniversary, an amazing achievement for a seed of an idea that started on the dining table of couple Michelle Smith and Jojo Rassekh.

Speaking at yesterday’s celebration Michelle revealed how the pair had given up their jobs with a dream of helping young people achieve their potential.

Michelle said: “The reason I started to work with young people and then set up the company is that I had a bit of a tough start in life. My mum had four kids and she had problems with drink and drugs, At 15 mum kicked me out so I was sofa surfing and had no money. There was no-one there to help me.

“As I grew older earning a wage was not enough. I wanted a job that would make a difference to young people’s lives.”

Michelle was working for CXK running ‘Back on Track’ programmes but felt managers were making decisions without speaking to the young people they were trying to help. And so came the decision to go it alone.

There were people who said it would not work, long days of working from morning until midnight and low points when Michelle and former firefighter and care worker JoJo had to sell the car to pay the bills.

But the result has been a training venue, now officially recognised as a contracted provider by Kent County Council, that has helped hundreds of young people to develop confidence, skills and get into the workplace.

Michelle said: “If we had listened to the people who said it would not work we wouldn’t have helped the hundreds of young people who have come through our doors.

“It has been five years of stressful days and sleepless nights but also happy smiles and inspired young people. I would not change that for the world.”

Liberty Training offers three courses and young people are taken on for an academic year with the opportunity to take a second year.

Many youngsters have found mainstream education difficult and respond more positively to the more relaxed ethos of Liberty. 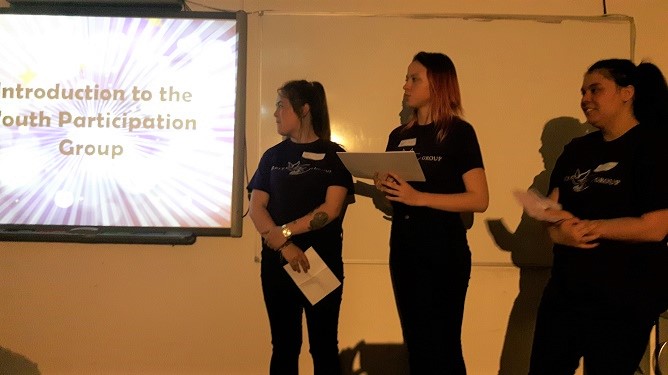 The organisation has a Youth Participation Group to give the youngsters a voice in how they learn, with many saying they have gained confidence through the scheme.

The courses are Motivate, with 6 weeks of confidence building, team work and the chance to achieve qualifications in areas including first aid, health and safety and customer services.

The 12 week Empower course builds on this with further qualifications and confidence building and the Liberate course, also 12 weeks, looks at employability and leadership.

During the celebration event there were talks from Liberty staff member Ian Wyles and South Thanet Labour parliamentary hopeful Rebecca Gordon-Nesbitt, presentations from young people on the courses and staff certificates awarded, including for the chattiest and the biggest cake eater!

And the couple reveal they plan to expand. Jojo said: “We are working with the local MP and Thanet Community Forest School to open a construction centre in Margate. We hope our young people will be able to do the site up as part of their course. We are also looking at horticultural work with the forest school.”