Ever wondered what it is like to have the feet of a giant millipede march across your hand, listen to giant hissing cockroaches, stroke a snake as it winds across your arms, or come face to face with a cute hedgehog-like tenrec that comes from the same family as an elephant?

Children at Upton Junior School in Broadstairs have done just this as Ranger Phil Wallwork from Jaws and Claws introduced them to his family of curious creatures. 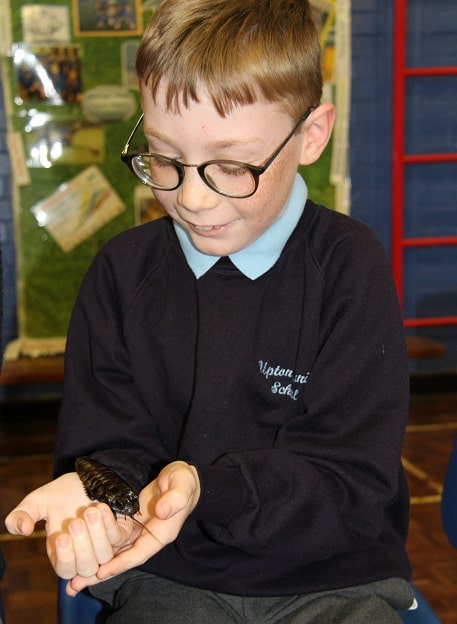 Ranger Phil said: “It is essential for children’s learning to bring our creatures into their lives.

“They can touch and feel most of them, and get the chance to have a really good look at them up close. 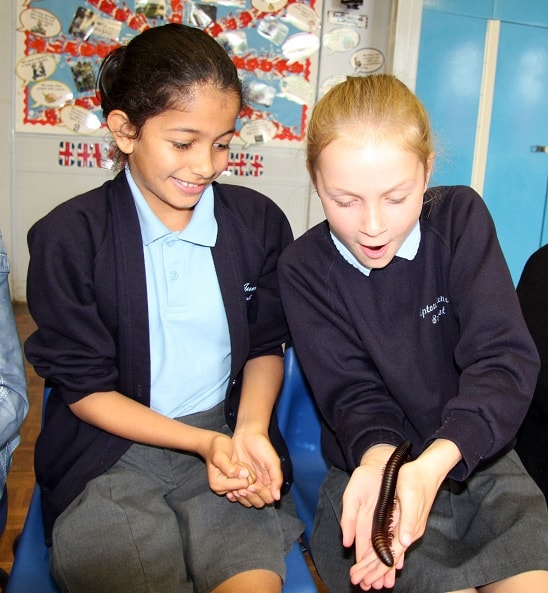 “We chat about the background history about the various species, their habitat and ecological development and importance, and how climate change and deforestation is having a very harsh impact on them. It is a fun way to learn and ties in with the National Curriculum studies.

“All the creatures I have are bred in captivity and live with me at home. They are pretty friendly and have their own personalities and names.” 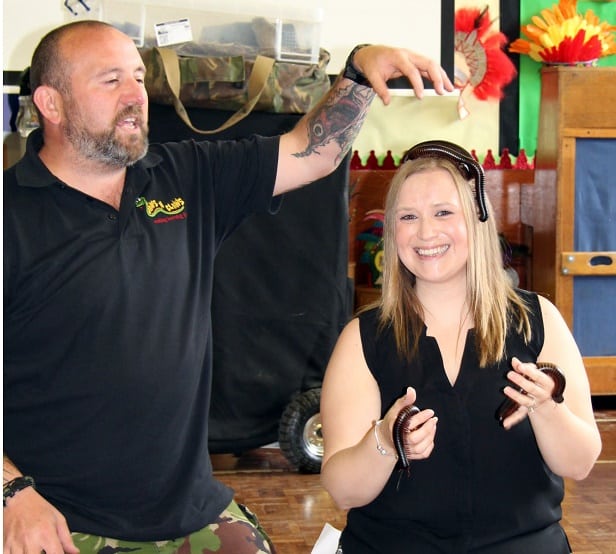 Pupils were joined by their parents at the sessions as they met Phil’s fabulous visitors.

These included Ben the milk snake, whose name is based on the false belief that the snake sucks milk from cows; Big Frank, Jimmy and Jenny the Madagascan hissing cockroaches, who hiss when they are fighting their rivals, and who love to eat bat poo; Milli the millipede and friends who can ward off predators by secreting a toxic liquid, or hydrogen cyanide gas, from their pores that is largely harmless to humans but can burn the exoskeleton of ants, or the eyes and skin of larger animals; Tina the tenrec who climbs trees and whose jaw puts her in the same family as an elephant, ant eater and aardvark; and Winnie the red foot tortoise and pal who love to eat mixed fruit and veg, and who can feel their hard shells being stroked. 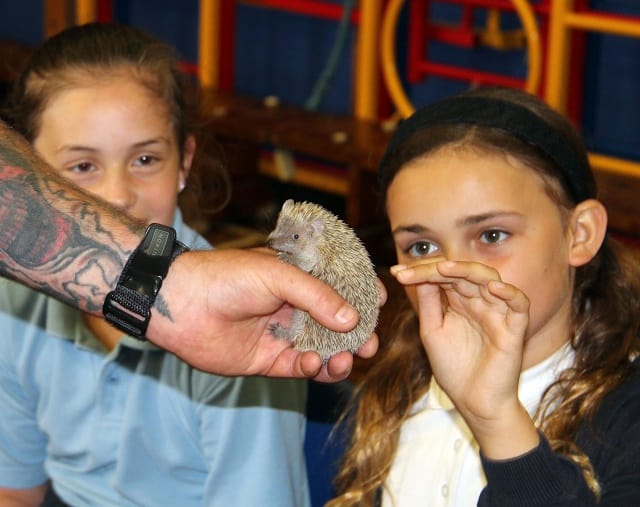 Nicola Sedgewick, Head of Year 5, helped out with some of the demonstrations, even having large millipedes draped across her head!

She said: “The children absolutely loved the interactive sessions. They really enjoyed touching and holding the creatures and were buzzing with excitement.

“It was fantastic to see so many of them pushing themselves outside of their comfort zones and even facing fears.  They came away with a wealth of knowledge and interesting facts as a result of the sessions.”

As part of the term’s topic pupils will explore the different animal groups such as insects, birds, arachnids, vertebrates and invertebrates, animals that exist, are endangered or have become extinct.

They will learn about classification of animals through the use of classification keys, food chains and micro-organisms. They will also go to Howletts wild animal park at the end of the topic to visit the new exhibition about extinct animals.