A staff memorial bell has been rung for the first time at QEQM Hospital following a formal unveiling.

The ‘sounding’ marks the completion of the memorial garden project at the hospital.

The discovery of an old staff memorial book, found in a safe,  and a neglected crucifix abandoned in a corner of the hospital garden, provided an opportunity for chaplaincy at QEQM to establish a staff memorial garden within the  grounds.

The memorial garden was dedicated in 2017 and, following generous support from Co-op Funeral Care which funded a memorial stone, the League of Friends have now brought the project to completion with funding of the bell. 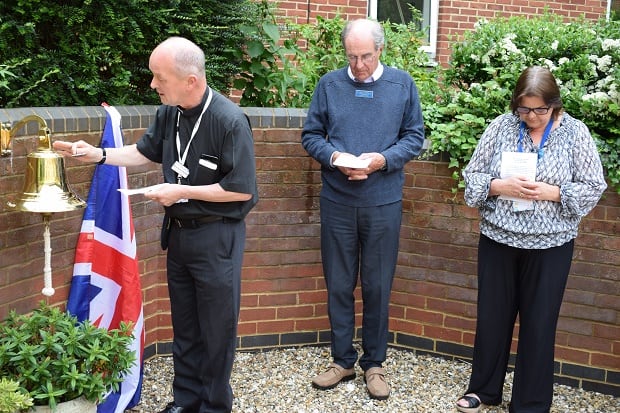 A service has now taken place for the bell to be dedicated and blessed. It was unveiled by Jeremy Voizey, Chairman of the League of Friends, and sounded for the first time by Mandy Carliell, Patient and Public Involvement Manager, representing the nursing community. 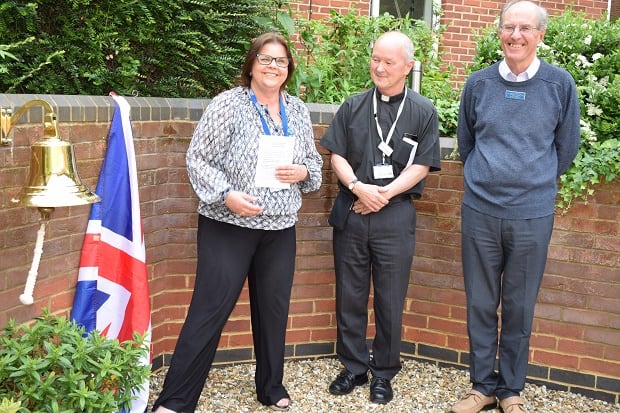 The bell will be sounded on both the joyful and more formal occasions of both the hospital and national life.

Site Team Lead Chaplain, Rev Gerald Watkins, said: “In a society that is increasingly infatuated at the promotion of self – be it self-autonomy in health issues, the issue of ‘my’ rights to the detriment of others and the countless ‘selfies’ that people take of themselves – then this, the 70th year of the NHS, presents us with an ideal opportunity to focus and treasure the vocation of Nursing and the ideal of the giving of self unreservedly for the love of my neighbour. 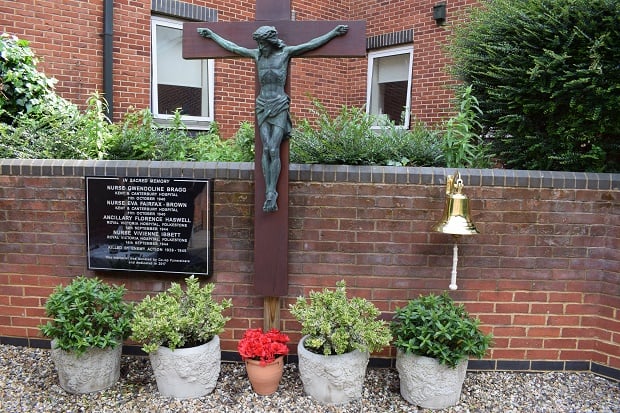 “And that is why a Staff Memorial Bell, that is both visible and audible, will serve to remind us in humility of those who have gone before us, having dedicated their lives to the care and cure of the sick.”