A group of midwives at Margate’s QEQM Hospital will be hosting a fundraiser in memory of a former colleague.

The event on Saturday, July 7 will raise cash for a variety of cancer research charities in honour of student midwife Lucy Bannister who died last October aged just 35.

Lucy began her midwifery degree in 2014 after deciding it was her calling and leaving a medical degree course at Liverpool University.

In September 2014, she began her Midwifery career at Canterbury Christ Church University .

During her career, she set up the Buddy Scheme, helping fellow students  to pursue their passion, and she also raised so much money for Macmillan Nurses, You Can charity and Race for Life’

A tribute written by a friend and colleague said: “ The Lucy I know and love did everything for everyone, never put herself first. Friendship isn’t about who you have known the longest, but who walked into your life, said “I’m there for you” and proved it. This was Lucy all over which showed in her work for Midsoc. 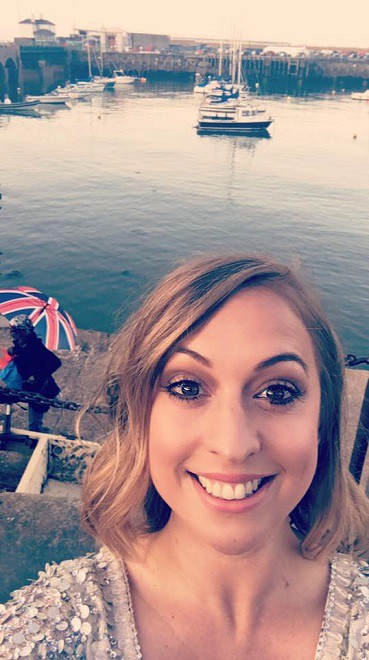 “She lit up a room with her big beaming smile when she walked in, her laugh was infectious and her cuddles were warming and made anyone feel better.

“Not many people could study, provide as much support as she did to the families she cared for, her fellow students and friends, being completely committed to Midwifery and fight such an aggressive disease, but Lucy did. And she did it with such grace, glamour and dignity, writing her blog to keep all of us up to date with her progression, right up to a week before she was taken. Her positivity is commendable and where most people including myself, would fall or give up, she was determined to carry on till the very end.

“Sadly, the end came sooner than anyone expected it would. A friend like Lucy is hard to find, hard to lose and impossible to forget. “

Lucy was submitted for midwife of the year 2018, which she won. She was also awarded her degree in midwifery although she passed away three weeks before her qualification date.

This year the event will support cancer research charities.

One of the organiser is maternity care assistant Stephanie O’Brien. She said: “Last year was our first event and it was quite a hit.

“This year we will be holding the memorial fun day at Small Acres in Birchington. There are 22 horses on the field and we will be doing horse rides, there will be a gymkhana, costing £2 a game, a massive barbecue, prices from £1, facepainting, bouncy castle, dog agility and more.

“We are looking for a magician and someone to do balloon models and also anyone who can help us raise more funds. We would like to hear from anyone who wants to take a stall, giving £10 or a percentage of the takings to the charities, and anyone who could offer their services to add something extra.

“We will be running from noon until 4pm but people could just give a couple of hours if they wanted to.”

The event, which Lucy’s mum will be attending, will be free to enter and there is parking. Last year’s fundraiser attracted some 400 people and the organisers are hoping to beat that this year.

During her illness Lucy wrote a blog. Find it here