The life of children growing up in wartime Britain was far more basic and self-sufficient than that of today’s young generation.

The stark contrasts have been experienced by Year 6 pupils at Upton Junior School in Broadstairs in a series of hands-on workshops to start their World War Two topic that will run until the end of the Summer term. 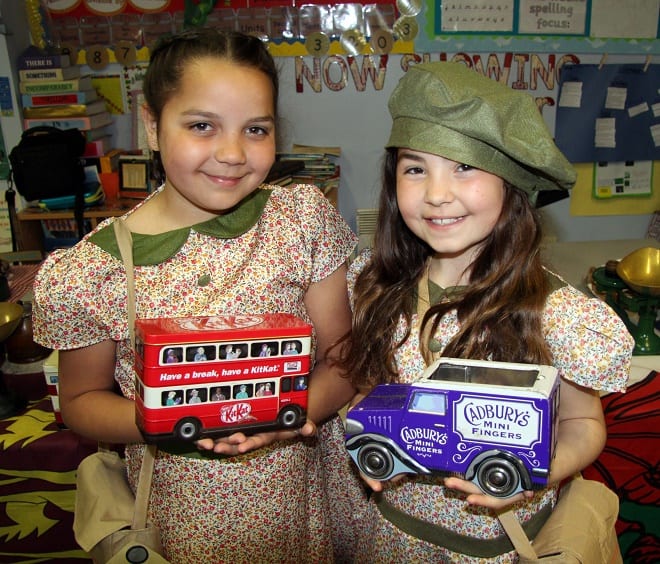 In a stark reminder of yesteryear, many pupils dressed as evacuees with name and information tags on their clothes, clutching their favourite toys, belongings, and gas mask replicas they made from card to complete their wartime outfits.

The wartime classroom walls were draped with patriotic flags and posters urging everyone to support the war effort, while pupils explored a range of different wartime experiences. 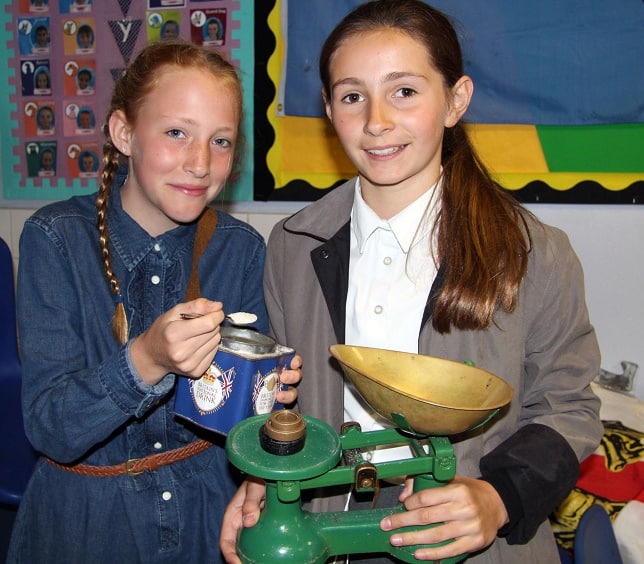 A kitchen area taught them about how scarce food was in the war years and they learnt about rationing supplies using scales and weights to divide out meagre portions from scarce foodstuffs. Tins and packets from a bygone era helped add to the realism.

A collection of simple yet ingenious wooden toys, old comics and books were a huge contrast to computer graphic games and films on smart phones and computer tablets. The communication theme was further underlined as pupils handled Bakelite candlestick phones, box cameras and field glasses. 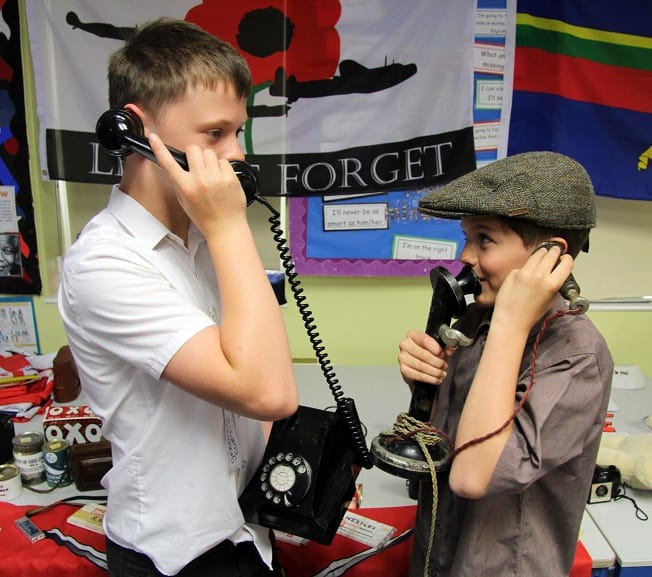 He believes it is important for children today to experience just a little taste of what life was like for boys and girls and families in World War 2.

He said: “There is one very important lesson that comes from getting really involved in the wartime experience – while times were desperate, personal belongings were few and food was scarce, community spirit was strong and supporting each other was vital. That is just as important today.” 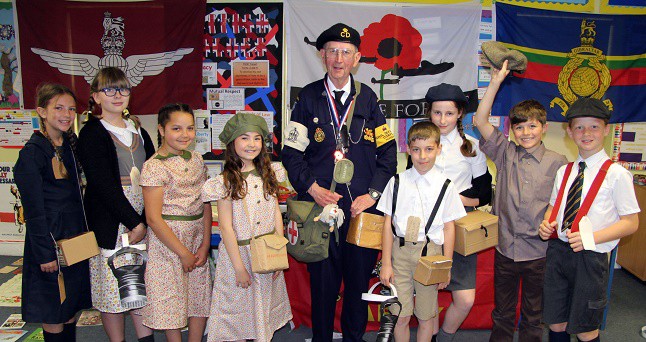 Head of Year 6 Athanasia Papa-Adams said: “These sessions are inspiring and fascinating, and Mr O’Sullivan creates the perfect scenario to engage our pupils into really thinking deeply about their World War 2 topic work that will be their focus for the coming weeks.”