The former Braces pub in Ramsgate is back on the property market.

The King Street site – – formerly The Swiss Cottage and before that the Duke of Kent – is being marketed by Miles & Barr as a development opportunity for offers in the region of £385,000. 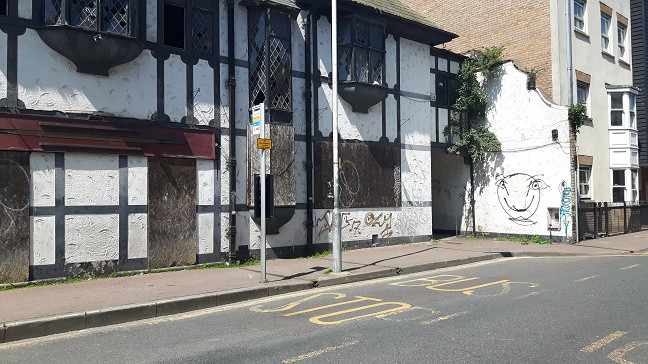 Thanet council granted permission last July for the pub to be razed to the ground and nine, two-bed flats built in its place. The building has been empty for around a decade.

A planning report on the proposals submitted by Hume Planning Consultancy Ltd stated: “The building is currently boarded up and has been the subject of previous fire damage.

“The site is in a poor condition and an eyesore.”

A previous application for 11 flats at the site was refused. An appeal in 2010 against the decision  was unsuccessful.

The applicant tried to sell the site after the appeal decision but was not successful.

The inside of the building can be seen in these photos by urban explorers KDA-Urbex from 2016.