Margate and Ramsgate feature in a book charting two Wall of Death families united by the marriage of the author’s parents in 1935.

The tale of the Todd and Soutter families has been published by former Clarendon House student Ann Wright whose mother Wyn Soutter learnt to ride the Wall of Death in Margate when she was just 14, turning professional at 15.

Ann’s father George Todd and his three brothers rode the Wall of Death at Ramsgate’s Merrie England from 1932.

When the pair married in 1935 the combined family boasted 12 Wall of Death riders and owners, many of them being the first to perform the shows in the UK.

Their feats included towing a roller skater around the wall, riding with lions in the side car and performing the Race of Death.

Mum-of-two Ann, 77, spent four years researching for the book – including finding out the answer to the claim that Ramsgate had the first Wall of Death in the country.

The historian, who now lives in Sussex with her husband Ian, said: “My mum was the youngest ever to ride the wall commercially, aged 15.

“My dad and his three brothers rode the wall of Death at Merrie England. My parents met while doing their own shows in Scotland in 1934 and were married in 1935.

“I have lived with the Wall of Death all my life but didn’t ride it, other than going around the basin at the bottom.

“I went to boarding school in Cliftonville while my parents travelled all over the country. It was normal to me, I thought everyone had a Wall of Death!”

Ann lived in Thanet from 1945-1968, bar two years travelling, after her father bought the Smugglers Barn in Pegwell, saving it from demolition after it had been condemned and restoring the building.

While a student at Clarendon she says a snowfall prompted her action-loving father to take her out of school for some impromptu skiing down the Chine.

Her parents performed in Dreamland and Merrie England during the 1930s, independently, and then together in 1945 and the 1950s.

In chapter two Ramsgate is the main focus and where Ann (pictured below) carried out research to establish if the town actually did have the first UK Wall of Death. 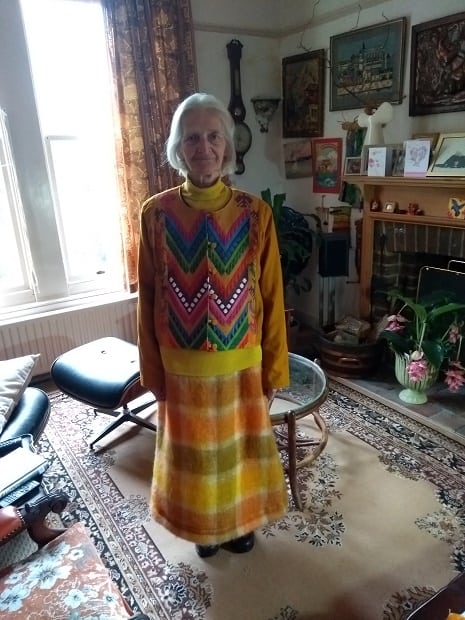 She said: “I went to Thanet and read all the local newspapers from 1929 – 1932 to see whether, in fact, the first wall in the UK was in Ramsgate.

“The big historical debate between Wall of Death historians was that a Ramsgate man said he worked for a wall at Merrie England in 1928. He was wrong and I proved it in an early chapter in the book.

“The first wall was in June 1929. The first wall in Ramsgate was 1930 but it was not my father’s wall although one of the first walls built in Britain was in late 1930/early 1931 in Margate, by my mother’s side of the family.”

Chapter seven is about Ann’s mum Wyn in Westgate in 1929-1931 and elsewhere. Chapter 11 is about Ann’s dad George Todd and his three brothers and their wall of death in 1932 in Merrie England.

Chapter 20 include tales of both Wyn and George at Merrie England and Dreamland after the Second World War.”

Ann, who was back in Ramsgate last weekend to celebrate her 50th wedding anniversary with a stay at the Pegwell Bay Hotel and a meal at the Bellvue, has included some 120 photos of her family and the Wall of Death in the book. 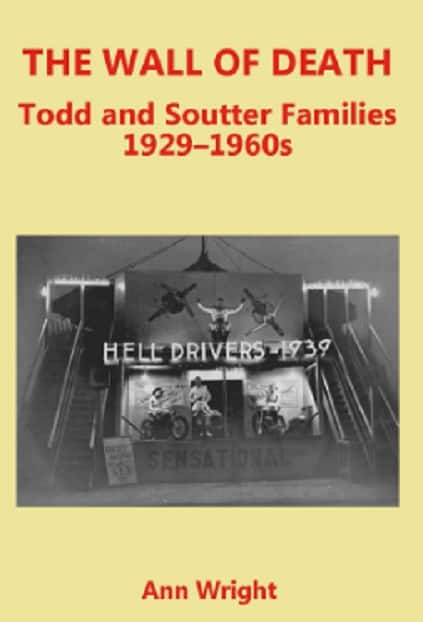 The Wall of Death – Todd and Soutter Families 1929-1960s has already sold out its first print run and is now on a second, proving popular with motorcycle clubs as well as history buffs.

It costs £19.95 and can be bought from the publisher via email, including your name and address, at sales@januspublishing.co.uk or find out more here

What is the Wall of Death?

The Wall of Death is a carnival show featuring a silo or barrel-shaped wooden cylinder, typically ranging from 20 to 36 feet in diameter and made of wooden planks, inside which motorcyclists, or the drivers of miniature cars travel along the vertical wall and perform stunts, held in place by friction and centrifugal force.