Severe weather has caused issues with signs at Westwood Cross resulting in part of the centre being shut off.

The area between Boots and Costa has been closed to shoppers because of ‘dangerously hanging signs’ according to one customer who said they have been told they have to walk via Sainsbury’s to get to their vehicle parked by TK Maxx.

Westwood Cross has been asked for further details.

Other weather disruption includes flooding on St Peter’s Road going towards Broadstairs and a fallen tree which came down last night at Joss Gap Road in Broadstairs. 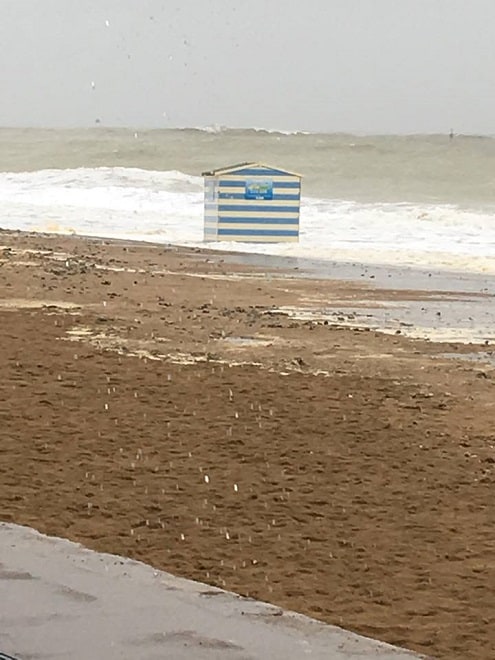 It has also dislodged the Thanet community beach hut which was spotted floating towards the harbour wall by resident Kim Duffy.