Sundowners recently held a charity event in memory of one of their customers, Daniel Holland, who sadly took their own life.

The event, Life’s a Drag, was organised by Daniel’s friends and supported by many local drag acts, to raise awareness of mental health issues within the LGBT+ community and to raise funds for MIND.

Through a door charge, raffle and auction of prizes donated by local business the event raised £1554.50.

The cheque was presented to MIND on Saturday, April 21 and was attended by some of those that helped arrange and perform at the event. 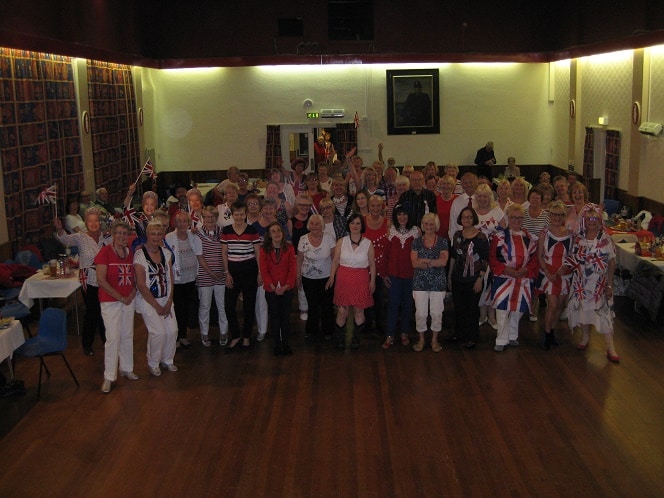 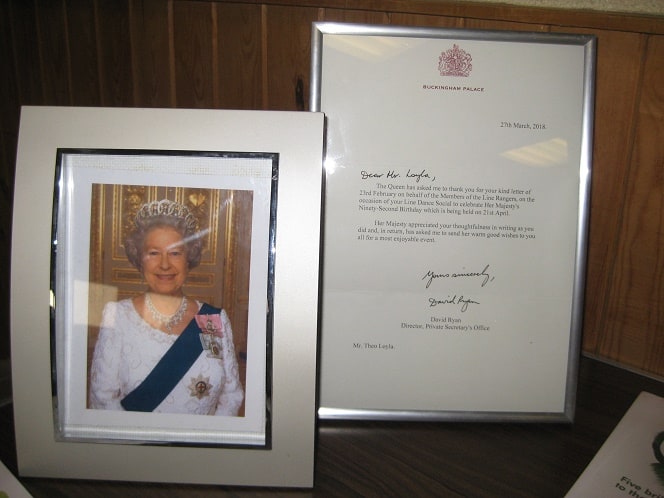 Most people came wearing red white and blue and union flags.Three cheers were given for Her Majesty who had sent an official letter from Buckingham Palace to wish everyone “an enjoyable  night”.

A charity raffle was held in aid of Macmillan Nurses and over £200 was raised. 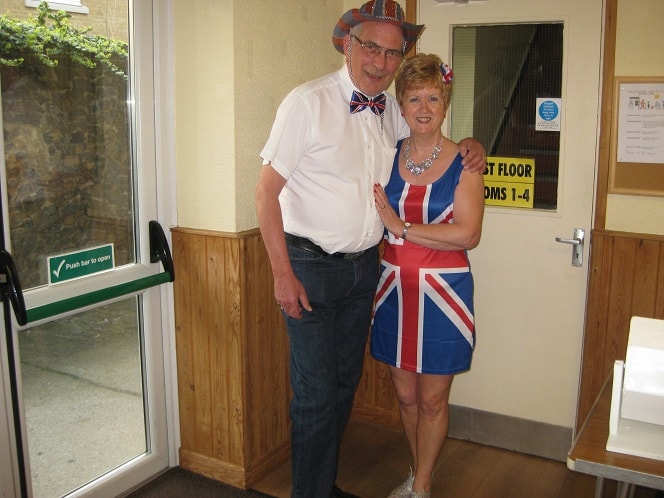 Organiser and line dance DJ and instructor Theo Loyla said: “It was a fantastic night and everyone had a good time dancing and having fun.

“The Line Rangers hold two events each year and try to have a theme and as this year’s one fell on the Queen’s birthday it was an obvious choice. 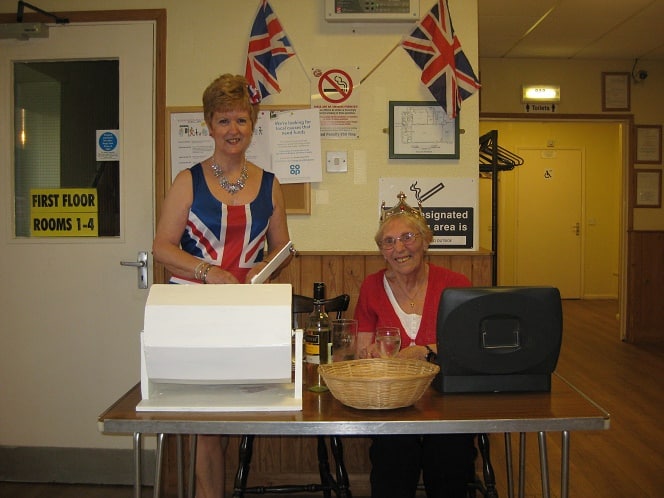 “We have supported various charities and this time the members suggested Macmillan.”

Theo was assisted by his wife Janet and their friend Maureen Comben. 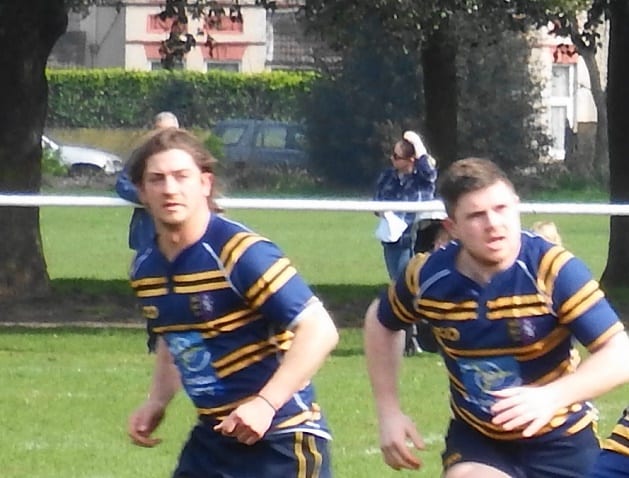 Warren Riddell-Broomfield sustained a  broken ankle in the match against Old Dunstonians on April 14. Later, coach Gary Hingley told the crowded clubhouse of the seriousness of the injury and the implications for the self-employed young player. The reaction was swift and a collection raised a large sum.

Warren wanted to thank everyone who contributed enough for this amazing gesture. He would also like to record his thanks to Monique Boorman and her physio team for their help at the time of the injury.

Sadly the following Saturday in the match against Crowborough fellow back row forward and team Captain Brett Scott suffered a similar injury which also required surgery and a stay in hospital. Warren’s response was swift too. He has decided to share his collection equally with his team-mate and good friend Brett, who is also self-employed. A great gesture from a true Thanet Wanderer.

Both players are recovering well and looking forward to returning stronger than ever next season. 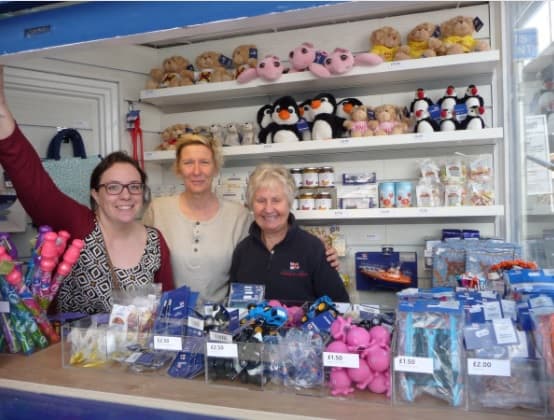 The Broadstairs RNLI kiosk is now open for the season. The RNLI is also holding a quiz night on Thursday, May 3 at Archive, Military Road, Ramsgate, in aid of the Mayday Campaign. 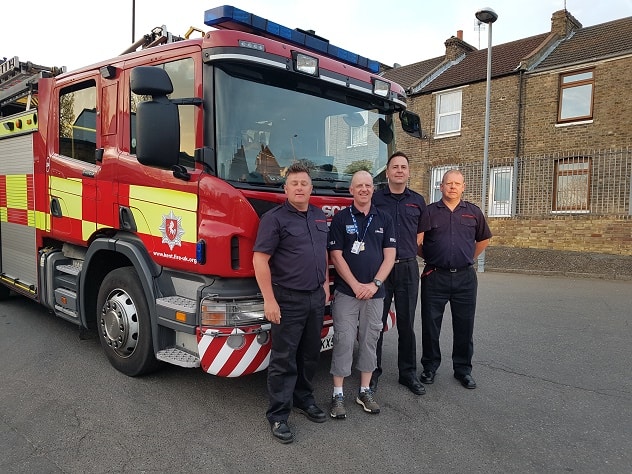 This week I have been actively supporting the National Fire Chief’s Drowning Prevention and Water Safety campaign. This campaign has seen a huge amount of innovative engagement activity, including talks to community groups, water safety equipment ‘show and tell’, stands at reservoirs and throw bag training amongst others.

On social media the twitter #BewaterAware has been shared extensively to ensure the message is spread as far as possible and even ‘trended’ 5th on Monday, April 23, although the birth of the Royal baby was ‘trending’ as number one! This campaign has been spreadheaded by the Chief Fire Officers Association Drowning Prevention Lead and East Sussex Chief Fire Officer, Dawn Whittacker

Each day of the campaign, has seen a focus on a different activity, namely Monday – exploring the waterside equipment aka life rings and throw bags that are now standard around our rivers, canals, coasts and waterways, Tuesday – runners and walkers safety, Wednesday – ‘Away From Home’ (holidays in the UK and abroad and the emphasis on being safe whilst swimming), Thursday – Away From Home, Friday and Saturday will be alcohol related themes (due to the weekend potential for higher rates of socialising).

A controversial Labour MP will speak in a May Day Rally in Ramsgate on Tuesday, May 1.

MP Chris Williamson, a close ally of Jeremy Corbyn, recently faced criticism for acting as a  character witness for an anti racist activist who was expelled from the Labour Party, but the rally organisers are standing by their decision to invite Mr Williamson to speak.

“Mr Williamson is a great campaigner for social justice — and this is what our rally is all about — putting people before profit. We are proud to have him on our platform.”

Mr Williamson resigned as a shadow minister earlier this year.

He said: “I decided to stand down from the frontbench to give me that freedom to feed the fire which keeps the establishment on their toes.”

The “People Before Profit” rally has been called by Momentum Thanet and Thanet Left and aims to give a voice to all who are concerned about the state of our public services in Thanet including most notably the NHS.

The rally will also call for new thinking to solve Thanet’s longstanding problems of poverty and unemployment.

A rally spokesperson said: “With this line up of speakers it looks like we’ll have the most powerful May Day rally this area has ever seen.”

The rally will take place at 7pm at the Oddfellows, 142 High St, Ramsgate CT11 9TT. To get a ticket email momentumthanet@gmail.com