Theo Loyla of the Line Rangers started classes in April 1998 at Monkton Village Hall and last night (April 11) current members of his class presented him with a special certificate.

Norwich-born Theo, 68, used to run a record shop in Birchington called Trax. In 1996 a woman called Sally asked him to display a poster for a new class she was launching at Margate Winter Gardens for line dancing.

He not only displayed the poster, he went and tried it and was immediately hooked. Theo became a regular at the class, tackled exams and scooped medals. 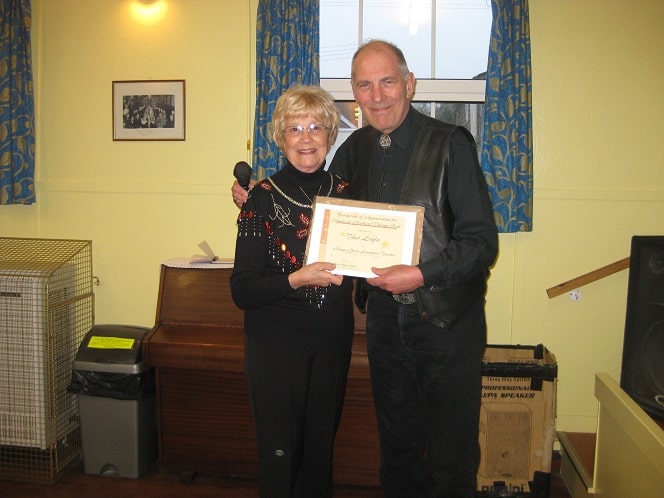 He also joined a display team called the Line Dance Addicts and, with the group, entered competitions, getting to the national finals and dancing in front of 7000 people at Wembley.

In 1998 he was asked to teach a class every Wednesday at Monkton Village Hall which continues to this day, along with classes at Birchington Village Centre on Monday afternoons and Westgate Community Centre on Tuesday evenings.

All ages from teenagers to octogenarians are welcome to join in. 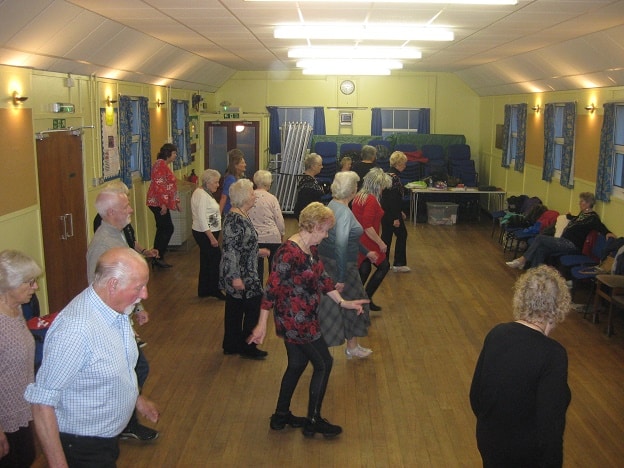 Theo, who is also an Academy FM news reader, said: “It is mostly ladies but there are a few gents who also take part. Beginners lessons cost just £3.50 per hour and no special clothing is needed just sensible footwear – not trainers, sandals or high heels.

“The Line Rangers also have classes for improvers once you have learned the basics and hold social nights.”

The next social evening is on Saturday April 21 and will be raising money for Macmillan Nurses. 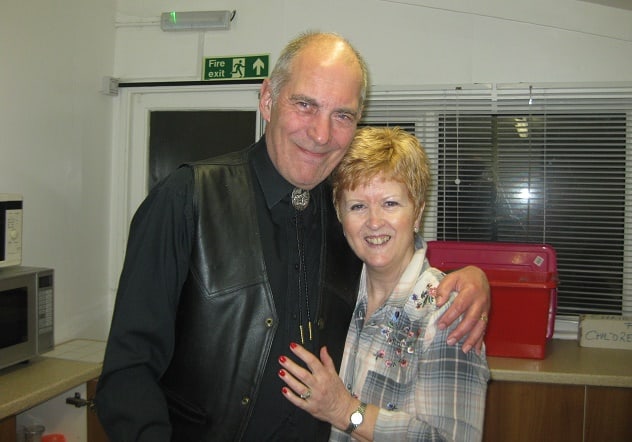 Theo, who is assisted by his wife Janet, added: “It is a great way to stay fit and have fun dancing to all sorts of different music and make lots of friends.”