A Thanet postie is aiming to take the Miss Universe crown – despite never entering a beauty competition before!

Emily Drury, who lives in Margate and has a postal round in Ramsgate, has been shortlisted for the Great Britain contest and hopes to take the title so she can go on to compete against more than 100 other countries to win the Miss Universe competition.

The 26-year-old was prompted to enter after her mum suggested she take part.

The former Charles Dickens student said: “My initial thought was that it would just be girls prancing around but then I looked into it and saw they do a lot of work for good causes, raising money for charity and giving girls a voice.

“Every year the winner goes out to India and the café working with women victims of acid attacks and this year, for the first time, they will visit The Black Mambas- South Africa’s first all-woman anti-poaching unit protecting the rhino.

“I have always wanted to do something that helps and this programme gives a platform to experience these things and get involved in the charity work.”

All those in the Miss Universe contest will be raising money for A Sisterhood charity which is an umbrella organisation for numerous women’s causes including Stop Acid Attacks – the India charity for women who have suffered acid attacks; The Black Mambas;  The National Female Genital Mutilation Centre and  Llamau, a Welsh charity for homeless women. 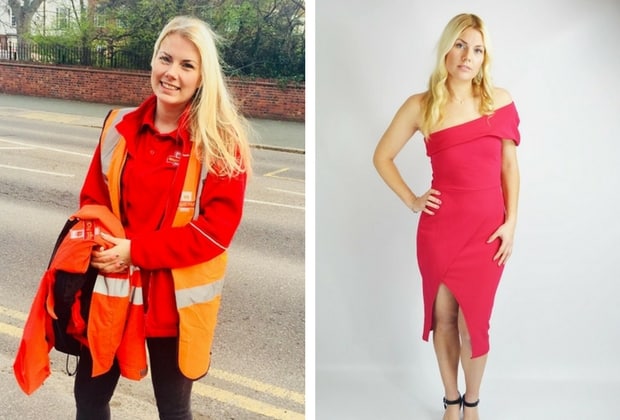 Emily says her decision to take the plunge with this contest was due to the age restriction and a decision to “aim high.”

She said: “The age limit is 27, which I will be in September, and I thought if I was going to do this I might as well aim for the top.

“The competition for me isn’t about just winning, it’s about bringing change in every little way I can and empowering woman so we believe in ourselves and know that we can do anything we put our minds to.”

Emily is being supported in her venture by her colleagues who have pledged to help with any necessary fundraising.

She said: “ I love my job and I also like how I’ve shown you can be girly and wear heels but also be strong and work in a very male dominated industry.

“They (colleagues) have been very supportive.”

Emily is one of 35 women who will take part in the Great Britain final from July 12-14 at The Riverfront in Newport, South Wales. The winner will go on the represent GB in the main Miss Universe competition which takes place on a date and venue to be announced but usually towards the end of the year.

The Miss Universe winner  is assigned a one-year contract with the Miss Universe organisation, going overseas to spread messages about the control of diseases, peace and public awareness of AIDS.

Aside from the job, the winner also receives a cash allowance for her entire reign, a New York Film Academy scholarship, a modelling portfolio, beauty products, clothes, shoes, as well as styling, healthcare, and fitness services by different sponsors of the pageant. She also gains exclusive access to events such as fashion shows and opening galas, as well as access to casting calls and modelling opportunities throughout New York City.

Can you sponsor Emily?

To be eligible Emily must find two sponsors. She has a target to raise of £660. The sponsors will receive advertisement through the Miss Universe website, social media and the event programmes.

To sponsor Emily, or find out more, email emilyd_11@hotmail.com