An appeal has been launched to raise transport and funeral costs following the death of popular, former Ramsgate chef Sotos Achilleos.

Sotos, known to many as Steve the Greek, had been transferred to St George’s Hospital in London following a fall on ice outside his home on March 2.

Grandad-of-seven Sotos had broken his pelvis, hip and shoulder and had to undergo two operations, the first lasting more than 8 hours.

The 73-year-old had been recovering well and was waiting to be transferred back to Margate but sadly on March 25 his family received news that he was deteriorating due to sepsis poisoning.

Sotos, who was also a great-grandfather-of-seven, passed away peacefully on March 26 surrounded by his family. 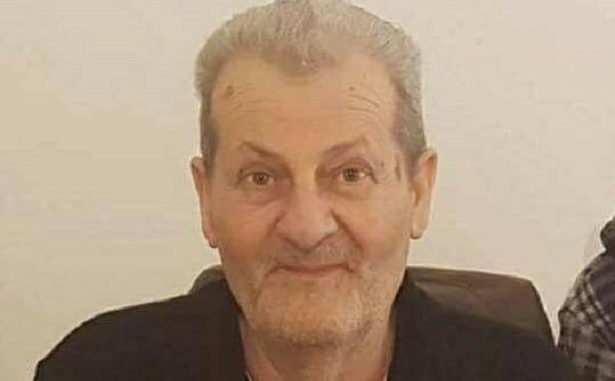 Now his granddaughter Camilla has set up a gofundme page in a bid to raise £500 to help the family bring Sotos home and pay for his funeral.

She said: “We are all devastated and miss him so much. Family gatherings will never be the same. We are raising the funds to bring him back to Thanet and give him the funeral he deserves.

“Anyone who knew my grandad knows he had a huge heart and would help anyone who needed it.”

Sotos was born in Lapithos, Cyprus and was the eldest of 12 siblings.

He came to England in 1961 at the age of 17 and met his wife-to-be Linda through a blind date. They went on to have three children, Julie, Christine and Michael.

Sotos trained as a chef and worked at a few local Greek restaurants, including the Steak and Kebab House in Harbour Street which was a popular venue for celebrities performing at Margate Winter Gardens. Over the years Sotos collected photos and signatures from all his star diners.

His other huge love in life was cars.

Camilla said: “ Grandad was a fantastic cook but his passion was cars. He had lots through the years, including Rolls Royces that he would do weddings in, an American Cadillac and even an old fire engine at one time.”

Later years were tougher financially but Sotos was still always ready to help those in need.

“Grandad never lost his wonderful character and he would go without to help others. He would always be there to help me wherever and whenever without any hesitation.

“He would take me to the ends of the Earth if I asked him.”

A service to celebrate the life of Sotos will be held on Monday, April 16 at 12.30pm at the Orthodox Church in Westbrook and then on to Margate cemetery for 2pm.

To donate to the family’s appeal for Sotos click here