The Archbishop of Canterbury Justin Welby, has been visiting all the parishes in Thanet during Holy Week.

On Palm Sunday, all three of the churches in the Birchington Parish came together to welcome the Archbishop to the Sung Eucharist at All Saints. At 9.45am many members of the congregation, including some of the younger members of Junior Church, assembled in Church House to process round the church grounds. They were led by the choir singing a hymn, holding palm crosses, and with the children waving palm branches made of the ‘palms’ of their hands.

They entered the church by the main door, and processed up the aisle, before taking their seats among the rest of the packed congregation who had been waiting contemplatively with palm crosses in hand.

The service was led by Interim Priest, Rev. Graham Colley, with the Archbishop preaching the sermon. He spoke of the need to follow Christ’s example of humility, as we read how Jesus entered Jerusalem riding on a donkey, rather than regally in great triumph. We were urged to try to emulate his example in our daily lives, and never to use any authority and power we may possess, to harm others in any way, but only to try to act for the good of all.

Two hundred people went up to take Holy Communion distributed by the Archbishop and Rev. Graham Colley or received a blessing from the Archbishop. 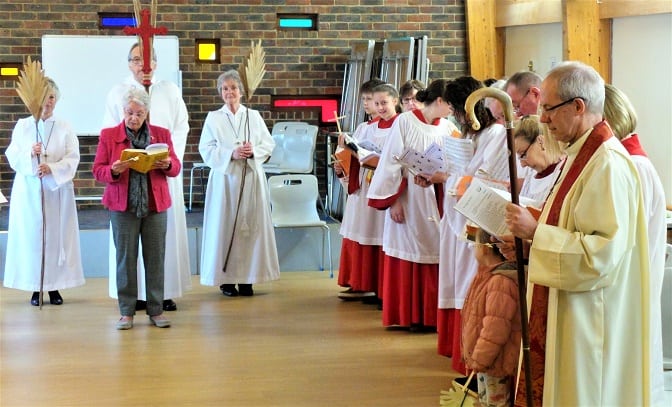 Assisting with the service were Lay Readers, Margaret Hawkins and Jim Barber, Church Wardens, Loraine Bant and Paul Webster, and several members of the congregations of the churches. Accompanying the Archbishop on his visits are members of the St Anselm’s community based at Lambeth Palace in London. These are mostly young people who are offering a year to live a monastic life and to serve the wider church community. 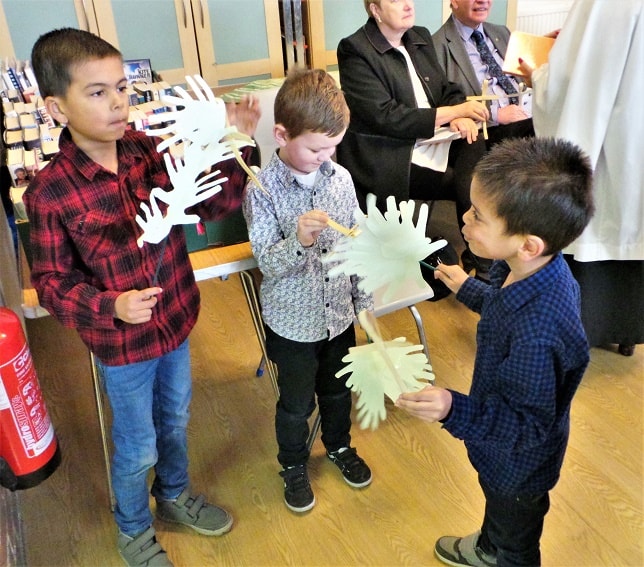 Before the Palm Sunday service, some of the children had made ‘palms’ from their hand prints. After the service at All Saints, Birchington, tea and coffee were served in Church House, with an opportunity to speak to the Archbishop. Two younger members of the congregation, Charlotte Mayes (15) and brother Daniel Mayes (14) used the occasion to meet the Archbishop, and their dad, Steve, was on hand to take a snap! 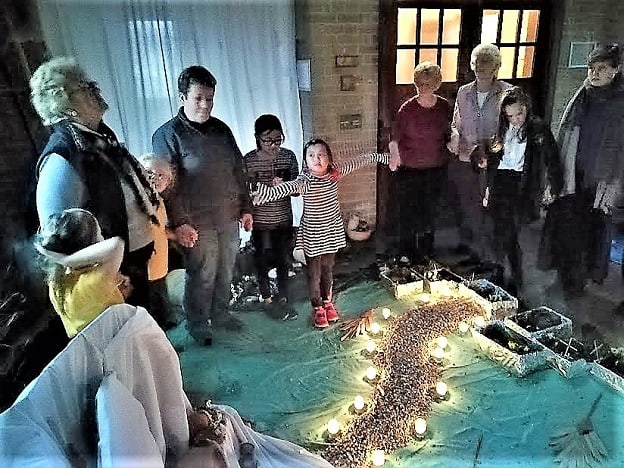 On Maundy Thursday evening, the children from St Thomas ‘Messy Church’ gathered for their Easter meeting. The large ‘Easter Garden’ had been prepared by members of the congregation on Wednesday morning, to be ready for the Maundy Thursday service. It has become a tradition at St Thomas over the last eight years, that an ‘Easter Garden’ is erected, and the Messy Church members came to see it lit. During the meeting they made their own miniature Easter Gardens, and they were then displayed beside the large garden.

8am Prayer Book Communion All Saints

10am Sung Eucharist, All Saints