Health campaigners have launched a formal challenge and say they may seek a judicial review over plans to close the stroke unit in Margate’s QEQM hospital in favour of a hyper-acute unit at the William Harvey Hospital in Ashford.

The WHH unit would be one of three proposed for the region. The Kent and Medway Sustainability and Transformation Partnership (STP) – which is spearheading the plans – says the hyper acute stroke units will each have a multi-disciplinary team of specialist stroke clinicians, seven days a week. The units will care for all stroke patients across Kent and Medway and from some neighbouring communities in Sussex and South-East London, in the critical first 72 hours after a stroke.

The Save Our NHS In Kent (SONIK) Group has written to the Kent and Medway STP asking them to abandon or restart the consultation process.

SONIK claims that the consultation over the proposals, which was launched in February and runs until April 13, is fundamentally flawed.

Campaigners say materials lacked transparency and were inconsistent; evidence used for the proposals were based on London  HASUs and were not applicable for Kent; the omission of the option of having two HASUs in east Kent, including one in Margate, meant a key decision had been taken before the consultation began and there had been a failure to properly publicise the consultation and to answer questions raised during the process on issues such as journey times to hospital or the financing of the project. 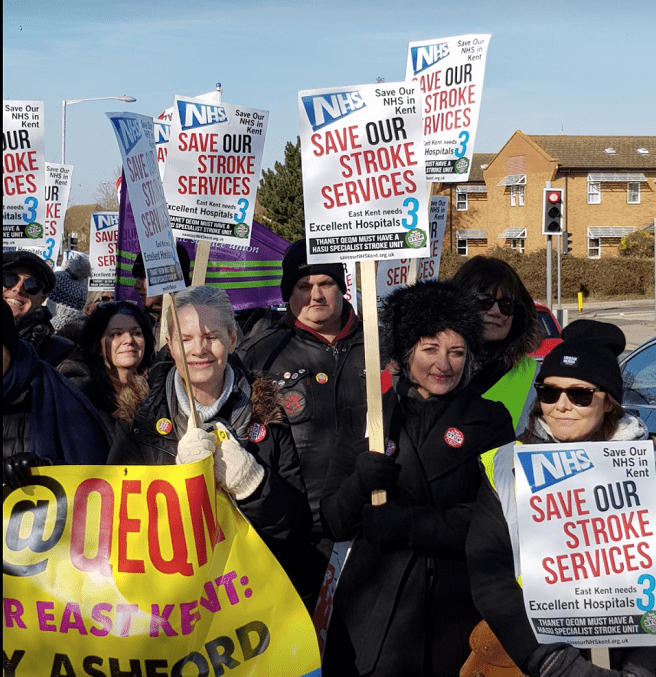 “If they fail to respond to our challenge, our next move will be to seek a judicial review.

“We are taking this step because it is literally a matter of life and death. If we let them close our stroke unit down, people in Thanet are going to have to travel to Ashford for treatment and some are going to die. It is that desperate.

SONIK’s letter to the STP was written with advice from leading law firm Harrison Grant. The letter was handed to the Kent and Medway STP panel present at a consultation event in Broadstairs today (March 24).

The Kent and Medway NHS responded to issues raised during previous consultation events with a list of Q&As on the website.

In terms of considering QEQM as a HASU it states: “We believe that everyone in Kent and Medway, including residents of Thanet, would benefit from the creation of hyper acute stroke units.

“ We will however consider all the consultation feedback stating concerns about increased travel times and loss of local services as part of the final decision making following consultation.”

More responses can be found here 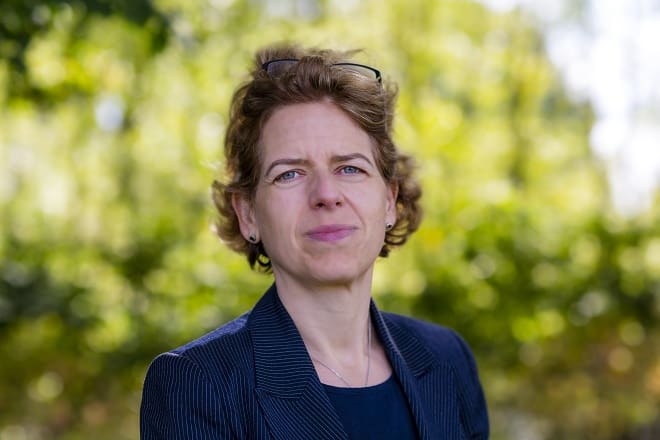 Patricia Davies (pictured), senior responsible officer for the stroke review, said: “This consultation is about saving lives. I wouldn’t be leading it otherwise. As someone whose father has had a stroke, and whose family has had strokes, I am very aware of the impact of stroke on families. As a nurse – I still am a registered nurse – I  trained to save lives.

“Up and down the country where hyper acute stroke units have been introduced, there has been a positive impact –  reducing avoidable deaths, reducing disability.

“We have discussed this at length with people who have had a stroke and their carers. They said they would rather get to a unit which is further away from home and survive and have the best possible chance of independent life afterwards.

“We believe our consultation process has been fair and transparent and, while we are sorry that Save Our NHS in Kent thinks otherwise, we refute their allegations.

“Patient group, Healthwatch Kent, recently scrutinised the stroke review to date. In a public letter, Steve Inett, chief executive of Healthwatch Kent, wrote that ‘we have scrutinised all the evidence which showed how many people have been involved so far from all parts of our community.  We were reassured that so far, the stroke review has adequately and effectively managed a robust and fair review of stroke services and involved local people in a meaningful and constructive way.’

“The letter received from Save Our NHS in Kent will be considered as part of the consultation process. It would be up to the courts to decide if any request for a judicial review would proceed to a hearing.” 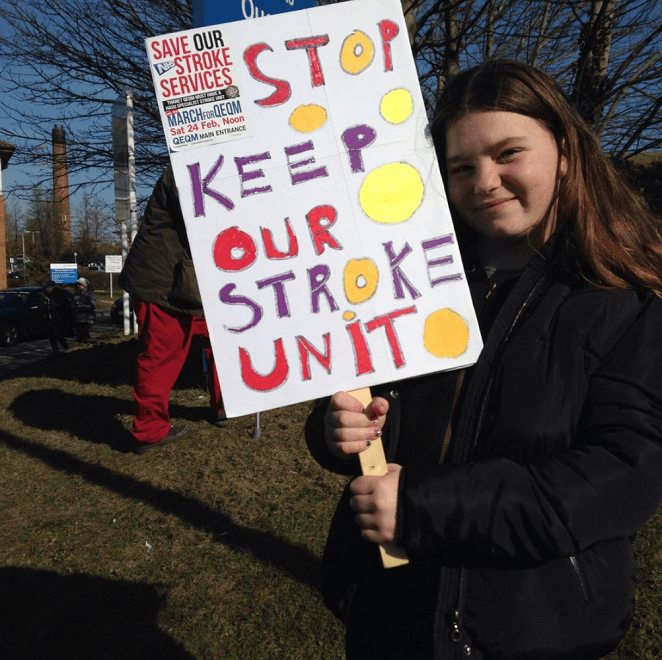 SONIK  says it is now stepping up its campaign against the stroke service changes by calling a major rally in Margate on Sunday, April 8. The rally will meet in Market Square at noon.

The group is also holding an exhibition displaying what they claim is evidence of the impact closure of the QEQM stroke service will have. The exhibition will be at the 6 Lombard Street Gallery in Margate from April 5-11.

The SONIK spokesperson said: “We’re going to give people the real facts about the risks and dangers the STP plan entails.

“Many senior doctors in the area have expressed serious misgivings about the plan and we have these on record.

“These include the poor state of the road links to Ashford and the actual time it will take to ambulance stroke victims there — two hours according to one doctor’s estimate, over twice the time needed for a good outcome.”

SONIK says it would cost £6million to provide a new scanner, speed up diagnosis time, to each of the six hospitals that currently provide stroke care in Kent.

A spokesman added: “That’s the same figure the K&M STP paid to just one of the consultancy firms they used to formulate the stroke plan.”

‘Shown to save lives’

The Kent and Medway NHS partnership says: “Where they have been introduced elsewhere, hyper acute stroke units have been shown to save lives and reduce disability. Each (unit) would have an acute unit (for care after the first 72 hours) and TIA clinic (for people who have had a “mini-stroke” or transient ischaemic attack) on site.

“The consultation is also asking for views on potential locations for the units. The proposals recommend creating three hyper acute stroke units in Kent and Medway and give five different options for where these three new units could be located. If the proposals go ahead, urgent stroke services would not be provided in other hospitals in Kent and Medway.”

Dr David Hargroves, Clinical Lead for Stroke Medicine at East Kent Hospitals University NHS Foundation Trust, said: “There are currently no hyper acute stroke units in Kent and Medway. At the moment, some people do not get the right treatment fast enough, particularly overnight and at weekends. Centralising urgent stroke care in three excellent hyper acute stroke units would change all that.

“I would like to encourage as many people as possible to take part in the consultation so their views are heard.”

There is now a consultation meeting planned for Ramsgate on Tuesday, April 10, from 7pm to 9.30pm at Ramsgate Football Club.

There have also been meetings in Broadstairs, Minster and Margate.

Find out more about the consultation and complete the survey by visiting www.kentandmedway.nhs.uk/stroke or book your place at an event online, by calling 0300 790 6796 or by emailing km.stroke@nhs.net

Find details for the SONIK exhibition and rally here