Kent County Council says it is looking at possibilities for the future of the Blue Wave hydrotherapy pool and gym at the former Royal School for Deaf Children site in Margate.

The site is owned by the John Townsend Trust Enterprises Ltd, which has been in the hands of administrators since the shock closure of the school in December 2015.

Last October Kent County Council  confirmed its intention to buy the site in a £20 million project to build a secondary school on the grounds.

A new, six form free school is expected to open on the site by 2020.

But the purchase has raised fears for the hydrotherapy pool, gym and café complex which is used by scores of disabled and elderly people across the isle. 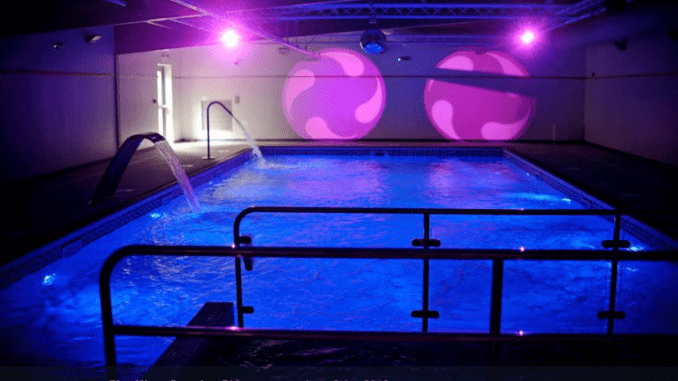 The site is the only one in Kent with specialist services including the pool, specialist weight training and cardiovascular equipment and pain management classes.

A petition raised to ensure the complex remains open states: “This space is a social hub that provides some of the more vulnerable members of the community with a place to converse, improve their health and interact with others. The complex receives exercise referrals from the NHS and is also used by a number of special needs and state schools. The loss of this facility would be devastating for the local community.”

The complex was opened in 2014 by the then-school patron The Countess of Wessex.

County councillor Karen Constantine said she has spoken to councillors Eric Hotson, for estates, and Roger Gough, responsible for education.

She said both were sympathetic to the need to retain the hydro and gym for use by locals.

She added: “I have called on TDC leader Cllr Bob Bayford to support the hydro so that it will continue as a community asset and also protect the jobs there. Ultimately it’s up to the administrators but local politicians need to act now to secure its future.”

Eric Hotson, Cabinet Member for Corporate and Democratic Services, said: “Kent County Council has made an offer to purchase the former Royal School for Deaf Children site, which has been accepted, but no sale has been concluded.

“The aim of the acquisition is to provide alternative school facilities. We are now looking at possibilities for the whole site, including the hydrotherapy pool.”

In a social media announcement from the Blue wave acount it says: As far as we are aware we are remaining operational. However, there are interested buyers for the Royal School for Deaf Children site, which we would potentially be sold with, who are undecided as to the future of the complex.”

The petition to save the complex has received 1,263 signatures. Find it here