As a Conservative I am obviously delighted that we have taken, albeit minority, control of Thanet District Council. The mantra I would recommend to Bob Bayford and his new team is to do what people expect of their council well, as an entity to try to say ‘yes’ in as few words as possible rather than express over pages of local government patois the reason for a ‘no’, ensure value for money across all that is done, and focus on those difficult issues, be they the Local Plan, Ramsgate Port, Manston airport, parking and housing to come to common-sense decisions for the benefit of local residents.

I very much look forward to working with the new team whom I’m sure will work positively with KCC and other Kent MPs. As can only be imagined, my relationship with the previous administration was, to put it mildly, somewhat strained.

The last couple of weeks have been very much constituency focussed, despite my usual ongoing work in Parliament on national issues – Brexit, pensions, health and taxation. We are coming to terms and seeking explanations for the appalling chemical weapon use in Salisbury which has rightly led to international condemnation of the Russian regime which is looking increasingly like a failed and rogue state. 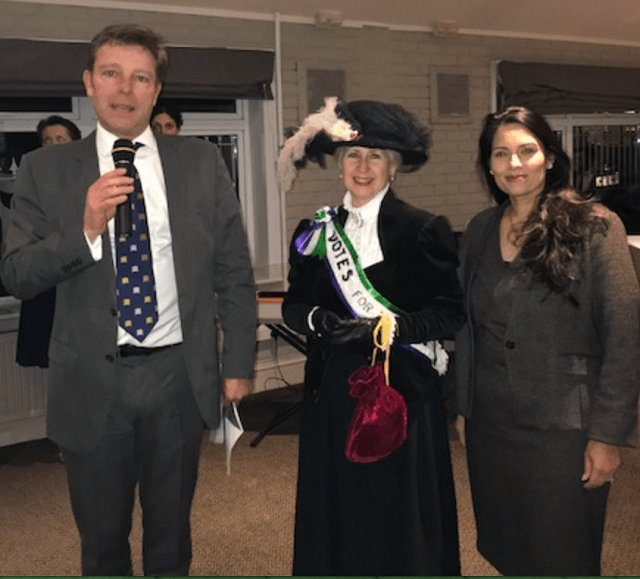 I was pleased to have supported International Women’s Day on Thursday, March 8, a date that often passes by unsung but particularly important this year as we celebrate the 100 year anniversary of the first votes for women in 1918 following the courageous work of the suffragettes. South Thanet Conservative Association held an IWD2108 event, with the Rt Hon Priti Patel as guest speaker, and we were delighted to raise £1,000 for the Margate based Oasis Domestic Abuse Charity who provide invaluable support across East Kent.

I had a great session with politics students in year 12 at Chatham and Clarendon school. We had a lively debate on the role of an MP, what my working week involves and discussions on topical political issues that could have continued way beyond the allocated hour.

In advance of the tourist season, I held a street meeting with local residents and Cllr Lesley Game (Thanet and KCC) to discuss solutions to the parking problems faced by residents in and around the Botany Road area as tourists flock to our fantastic beaches. East Kent College held an East Kent Business leaders lunch where we discussed all manner of opportunities and threats to the East Kent economy, and finally on the local round up I called for a meeting of the relevant health bodies behind the impending closure of Church Hill Dental Practice.

I was unimpressed with the explanations given as to how we are now where we are, leaving up to 8,000 patients without an obvious and accessible alternative. As ever, my website at www.craigmackinlay.com will give greater depth to these issues.

I hope all enjoyed the weekend’s St Patrick’s day celebrations. I expect the tills were ringing across the towns but serious issues are being raised as to the viability of local pubs, an issue I contributed to on Radio Kent. Use them or lose them is key but the tax system relating to them certainly requires review.