Pupils Kenny and Jacob, from 6BG class, report on the achievement and the events leading up to it:

In November 2017, with the help of Dr Joseph Cook -a polar researcher based at Sheffield University- Year 6 at St Laurence Junior Academy became involved in Antarctica Day.

The aim of the day is to raise awareness of the Antarctic as a place of peaceful scientific research.

After learning about the location, climate, marine-life, animals and scientific research that goes on in Antarctica, we were invited to create flags that would be carried there by scientists and displayed at one of the international research stations. 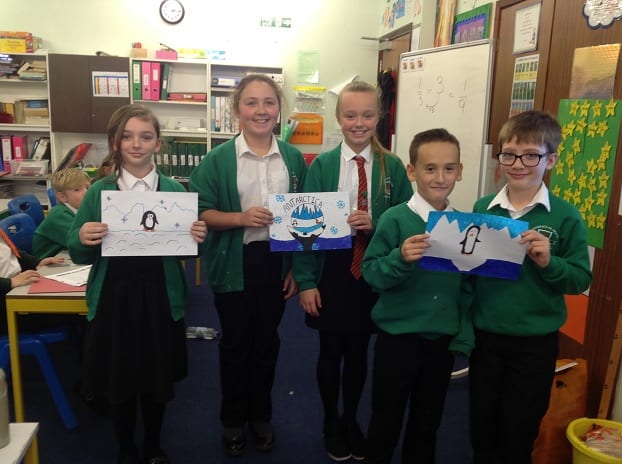 Everyone in year 6 created their own flag but only 6 of them could be chosen to be sent to Antarctica.  One particular image of a snowflake appealed to us so we used it as the starting point for our flag’s design; we added a globe in the centre of the snowflake too. 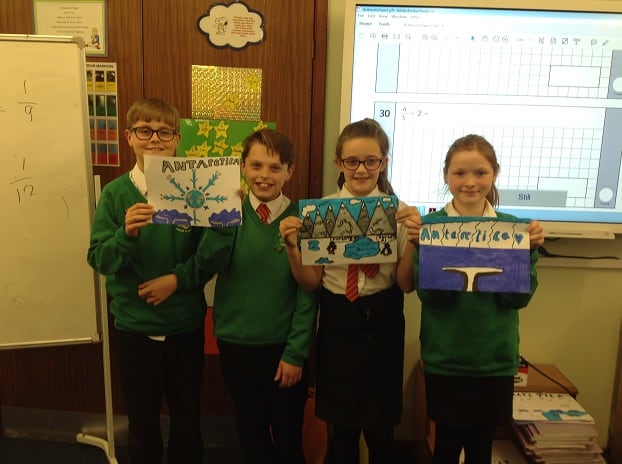 There were lots of amazing, creative flags but we were lucky enough to find out that ours was one of the designs that had been chosen.

This week we were thrilled to receive an e-mail from the Antarctic Day organisers to let us know that our flags have finally reached their destination at the Troll Norwegian Research Station in Queen Maud Land, having been carried there by Polar scientist Maren. Here is a photo of Maren with our flag at the research station. 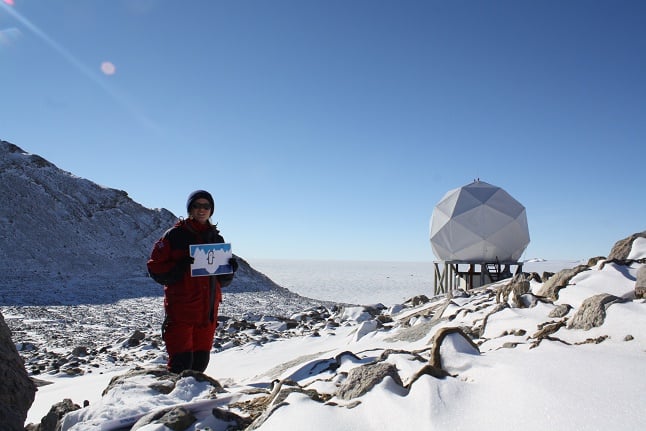 We loved learning about Antarctica and especially creating the Antarctica Day flags because this was our chance to show off our skills and be proud of what we have done.  It was also exciting to be involved in such an important initiative as raising awareness of the significance of Antarctica and hope that we have helped to inspire other people through our flags.