More starfish and other marine life is likely to be washed up on isle beaches with the coming of the Spring tides.

Thousands of dead starfish were piled on beaches across the isle this morning (March 3) including at Ramgate, Dumpton, Westgate, Viking Bay and Palm Bay.

The severe cold spell is cause as the starfish, which feed on molluscs, gather in great numbers around mussel beds. When strong currents pass through during a storm, the starfish can be lifted up and carried to the shore.

Tony Ovenden, from the Thanet and Sandwich Coastal Finds group, said: “With the Spring tides coming up over the next few days there will be more evidence of the winter kill on our shores. The way the starfish have curled up is evident that the sudden drop in temperature killed them off.

“Normally when the temperature drops suddenly Cod feeds on the stunned marine life . As there are no Cod shoals inshore the food the Cod would normally eat will come ashore. It is normally part of the natural cycle of things. However, the main beneficiaries this time will be the sea birds as nothing goes to waste in the natural world.”

Tony Child, from Thanet Coast Project, said: “Unfortunately severe cold weather can seriously affect our marine wildlife and birds along the Thanet coast. After a exceptionally cold spell we often see large numbers of marine casualties – caught out by these freezing conditions – especially when caught at low tide and during unusually low sea temperatures – where they usually have a more stable water temperature that helps them survive. 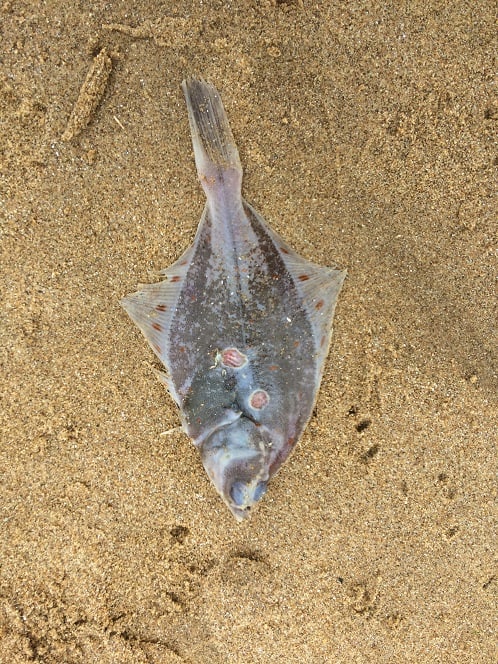 “Volunteer Coastal Wardens will assess the extent of casualties in their bays. These conditions have also been extremely difficult times for our overwintering coastal birds – such as the Turnstone, that need to be able to feed to increase their weight with vital body fats in order to migrate and breed back in the Arctic this Spring.”

In 2011  some 40,000 Devil crabs – also known as Velvet swimming crabs – starfish, lobsters, sponges and anemones, were washed up on isle beaches following severe weather in December 2010. 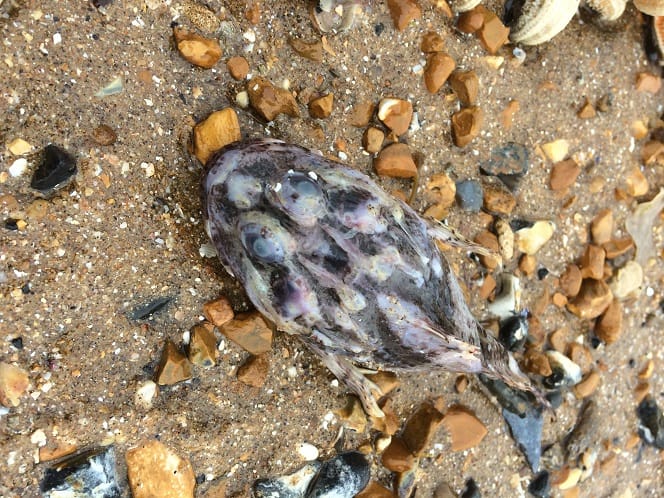 Read here: Thousands of starfish washed up on Thanet beaches