Southeastern services are again running to an amended timetable today (March 3) but the snow fall for Thanet appears to be at an end.

According to the Met Office there may be a chance of sleet but temperatures are gradually rising.

There will still be compacted ice, which caused such chaos on the roads yesterday, so taking care when walking or driving is advisable.

The harsh weather did result in some brilliant community action.

QEQM Hospital worker Merrill Schofield caused a bit of a facebook stir when she revealed she had gone into work to help during the severe weather – just three weeks after having a baby. 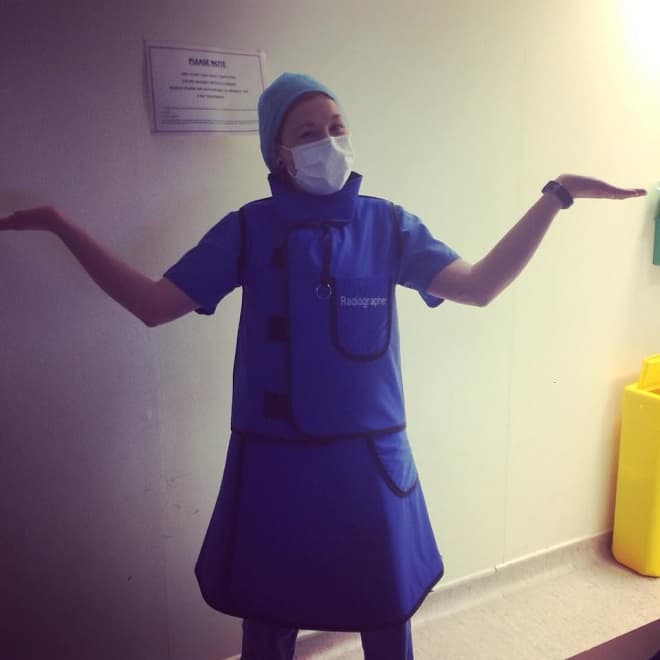 Mum-of-two Merrill donned her radiographer’s uniform and headed into QEQM, taking breaks to feed her little one Milo in the staff room!

The 31-year-old, who lives in Margate with husband Simon and children Tabitha, two, and three-week-old Milo, has been a senior radiographer at the hospital for 10 years and prior to that worked in radiology and cardiology, taking part in coronary angiograms and pacemaker procedures.

Merrill said: “I went to work in Cardiology to help out after other radiographers were having trouble getting into work due to the ice and snow, and another had childcare issues, again due to weather. I only live one mile from the QEQM, and a colleague at the hospital said they could help look after my children in the staff room. It meant we were able to do 3 inpatient angiograms.

“It’s been so amazing to see all the people helping other people in the snow, I was just happy to help my colleagues and those patients.” 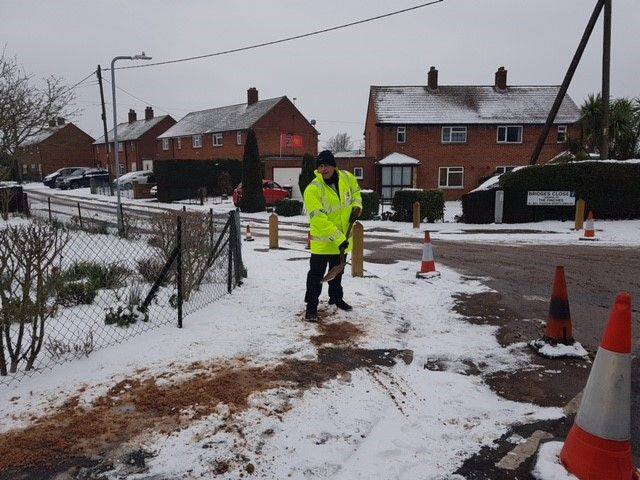 In St Nicholas at Wade KCC Community Warden Tony Gander dug in to clear the snow from village paths.

Lainey Farrant, admin of facebook page St Nicholas at Wade Village Community Forum, also issued a thank you to residents who had gone the extra mile to help others.

She posted: “ I just want to say how awesome people have been, going out of their way to ensure friends, acquaintances and neighbours are well looked after. Big up to Steve McManus for coming to the rescue and collecting much needed prescriptions for folk and delivering them to their doors, as well as the many fantastic offers of help there have been from other members too – Tamsin, Milly, Alastriona, Barbara, Karen to name a few.

“It’s really heart-warming to see the village pull together like this, and I’m sure I speak for everyone when I say a big thank you to those who have posted on here, sharing their offers of help. You’re all wonderful people, and it’s been fantastic to witness the community spirit we’ve seen on here.”

A helping hand for neighbours was repeated across the isle with residents gritting paths, collecting shopping and medicine for older residents and making offers of help via social media.