An X-rated show on the theme of sex and domesticity is coming to Cliftonville as part of the POW! Thanet festival.

Artist Sadie Hennessey presents Wish My Wife Was This Dirty at the Tom Thumb Theatre from March 6-11.

Consisting of 2D and 3D work, Sadie warns that the exhibition will contain adult material and bad puns!

There’ll be ‘Secret Place Mats’, ‘Forbidden Fruit Bowls’, ‘Bit- on- the- Side Plates’ and a ‘Freudian Slip,’ amongst other works exploring how sexuality permeates the domesticated environment.

Hot-off-the-press limited edition screen prints of ‘Genital-Free Pornography’ will be available to buy at a special POW price, for the festival.

Sadie has an MA in Fine Art from Central St. Martins and has exhibited widely in the UK and beyond.  She is currently Screen Print Fellow at the Royal Academy. 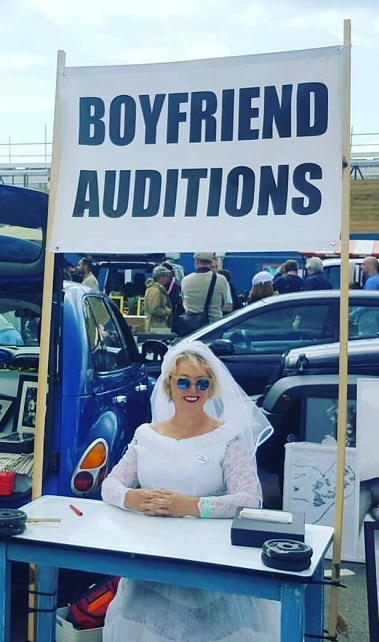 She says she is, unsurprisingly, single despite holding boyfriend auditions last year!

Private view on March 6 from 5pm to 9pm