The owners of The Bay Tree Hotel and restaurant in Broadstairs have held an official opening party.

Owners Alistair Dixon and Robert Stone bought the property in April 2015 after deciding to ditch the crowds and stress of city life.

For their first season the couple, accompanied by their Bedlington Terrier Ben, ran the business as it stood, closing off individual rooms during the winter so some work could take place.

But in October 2016 the renovation really got underway as Alistair and Robert took on the job of creating a boutique hotel and restaurant that would reflect their own tastes and characters. 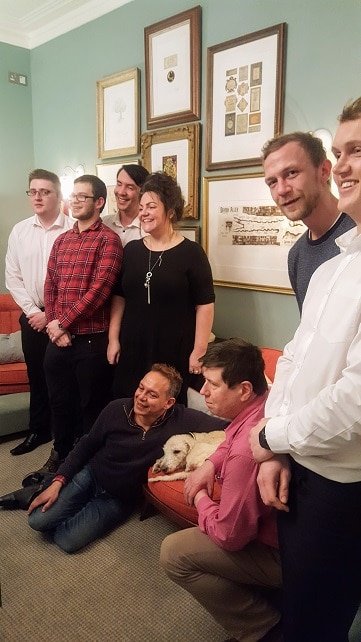 The hotel was reopened in December, followed by the restaurant opening to the public this month.

Alistair and Robert have now marked the completion with drinks receptions on February 22-23.

Representatives and owners of local businesses and organisations and those who have helped transform the hotel, were served glasses of bubbly and freshly prepared canapés in the hotel’s new all day restaurant. They were also given a preview of some of the bedrooms. 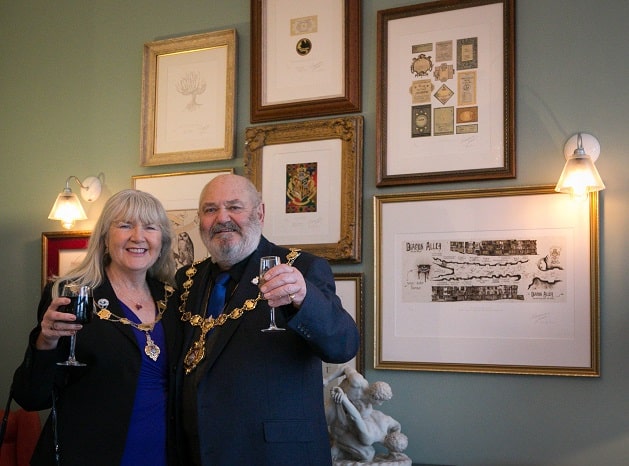 The design of the hotel was well received by guests who all appreciated the stunning rooms from the lounge, dining room and the bedrooms visited. The Mayor and Mayoress of Broadstairs, Peter and Frances Shaw attended the reception on Friday and were so impressed that they booked a room to celebrate Frances’ birthday there next month.

Robert said: “Thank you to everyone who braved the cold to show their support, we had two lovely evenings and received some wonderful feedback. We love Broadstairs and are delighted to be part of such a great community in such a beautiful location.”

Alistair’s personalities and interests and the local surroundings to create the unique style and design. In addition to restoring original features, unique pieces of upcycled furniture were brought in to add colour and personality to the rooms.

Each bedroom has a bespoke design and high end features throughout. The hotel also displays a collection of limited edition prints from Mina Lima, the official graphic prop designers of the Harry Potter  films.

For more about the hotel visit: https://www.baytreebroadstairs.co.uk