South Thanet MP, Craig Mackinlay, has raised the plight of isle fishermen in a Parliamentary Debate on the future of the UK’s fisheries policy.

The MP asked for an undertaking from the Fishing Minister, George Eustice, that the UK would leave the Common Fisheries Policy immediately on ‘Brexit Day’ and outside of any implementation period.

Mr Mackinlay claimed we were now approaching a “crisis point” for the under 10m fishing fleets that make up the bulk of Ramsgate’s fishing fleet. Arguing that Thanet’s local fleet “simply cannot wait”, Mr Mackinlay called for the immediate end of the “disastrous” Commons Fisheries Policy.

The policy has quotas for fishing set on a boat-by-boat basis in 1994-6 according to catches in those years.  Groups including Greenpeace say that large fishermen overinflated catches to secure larger quotas. 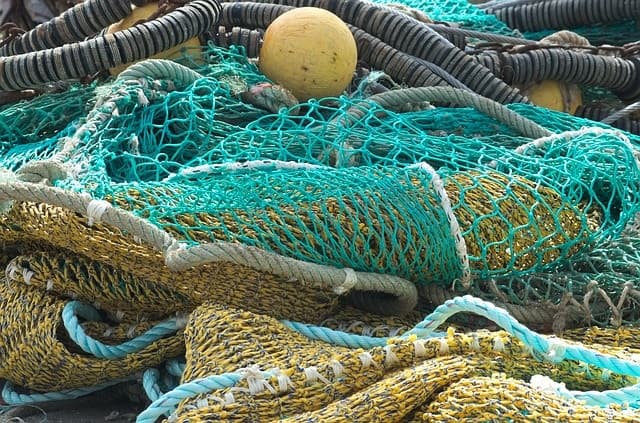 Since then quotas have been bought up from the originally designated vessels by large fishermen, particularly the Dutch fleet. There is a market in quotas. Today quotas owned by British under 10m boats make up just 6% of the British catch.

Ramsgate MV Razor Bill skipper Steve Barratt, claims: “The Ramsgate fleet are all tied up and not through lack of fish but lack of quota. Meanwhile, just a few miles off the coast, Belgian and Dutch ‘Super-Trawlers’ are catching everything.”

Mr Mackinlay also called for an end to the controversial pulse beam fishing, saying: “Really importantly we need to unilaterally ban pulse beaming – it has been catastrophic on spawning areas.”

Highlighting research from the UK Hydrographic Office that shows 60% of all fish caught in UK waters were caught by EU fishermen, Mr Mackinlay called for a “step change” in the way in which  Britain approaches fishing as an industry.  With 95% of all boats on the South Coast being under 10m, Mackinlay called for “a deal that works for them”.

Mr Mackinlay told the debate: “What we do not want is that during that implementation period we somehow get dragged along with a perpetual CFP.  We have the opportunity for a Brexit dividend, we have an opportunity to take control of our sea and to rejuvenate our local fishing communities.

“I certainly call on the Government to exempt fishing from any transitional deal.”

George Eustice, indicated change could be imminent, saying: “A Fisheries Bill is expected before the Summer recess” and added there is a “long-term aim” to address problems with Thornback Rays within the Kent Coast.

The South East has an abundance of Thornback Rays but the EU lists them under the broader Rays/Skate category and so restricts all fishing of rays/skate to tiny limits.  It means UK  fishermen are having to discard large catches of Thornback Rays in order to make up their quota of permissible fish.

Speaking after the debate, Mr Mackinlay, welcomed the encouraging signals from the Minister, saying: “I’m pleased the Minister was characteristically receptive and I will be continuing to push him for further action to save our local fleet.”