A film and stage star who appeared in six Carry On movies, two Bond films and the cult Hammer Horror series is heading to Ramsgate.

Valerie Leon, who also appeared  in films including The Italian Job with Michael Caine and The Revenge of the Pink Panther with Peter Sellers, will be giving an illustrated talk as part of next month’s Ramsgate Film Festival.

The actress has been invited by film festival director Sylvie Bolioli to give tribute talk ‘Forever Carrying On’ to mark the 60th anniversary of the classic films. Her talk, with illustrated vintage material, will include an insight into working with six of the Carry On stars including Hattie Jacques, Joan Sims, Barbara Windsor and Sid James.

Valerie had roles in six of the films, most notably as ‘Leda’ the leader of an all women tribe desperately seeking men in Carry On Up The Jungle and as a frumpy secretary who turns into a glamour girl in Carry On Girls. 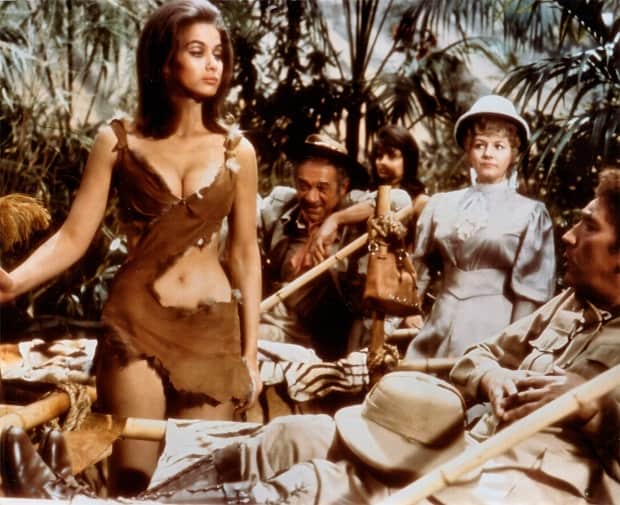 She made her West End debut in Funny Girl with Barbra Streisand at London’s Prince of Wales Theatre and appeared in two Bond movies The Spy Who Loved Me with Roger Moore and as ‘The Lady In The Bahamas’ in Never Say Never Again with Sean Connery.

Valerie has also appeared in theatre, talk shows, commercials and TV shows including The Last of the Summer Wine, The Avengers and The Saint.

In 2005 she appeared in short film Gas, based on a Hitchcock story, alongside Spandau Ballet singer Tony Hadley.

Gas  was directed by Sylvie Bolioli.

In 2009 Valerie put together an illustrated talk about her life and career which she premiered in Almeria, Spain, and continues to perform across the UK and on cruise ships.

She said: “Talking about my career has given me as much pleasure as it appears to have given members of the audience.

“I am touched to see fans arriving from all over the country to support me and really enjoyed meeting them after the shows. This new departure in my career also gives me a great opportunity to visit new places.

“I knew about the Ramsgate Film Festival last year and have been invited by Sylvie to come and give my talk this year.

“This is the 60th anniversary of the Carry On films and I will talk about stars such as Hattie, Joan and Sid.”

The festival also includes Carry On Girls, with Valerie Leon, on the big screen again, followed by a panel discussion about the popularity of the Carry On movies and the #MeToo movement.

Forever Carrying On will take place at the Albion Hotel, in Albion Place, at 11am on Saturday, March 17.

Tickets are £6.50 on sale via Eventbrite  here (plus booking fee) or from the Granville Theatre.

Find out more about the Ramsgate Film Festival here