There was a warm welcome for both Wanderers supporters in the clubhouse and on the pitch for the players in the opening phases of the match.

Thanet were without Andy Letts and Jay Morbey who were both injured, Warren Riddell-Broomfield was not available. Kris Finneran, Lewis Stone, Kieran Wright and Peter Macaulay returned to the starting XV.

League positions indicated a stroll in the park in the warm sunshine for the Thanet side but the opening salvoes from the hosts quickly dispelled any complacency. A penalty after six minutes finally established Thanet deep in the home half. Loose-head prop Danny Clement appeared at pace from the line-out before bursting through home defenders to score the opening try. Sam Rolfe’s conversion gave Wanderers a 7-0 lead. 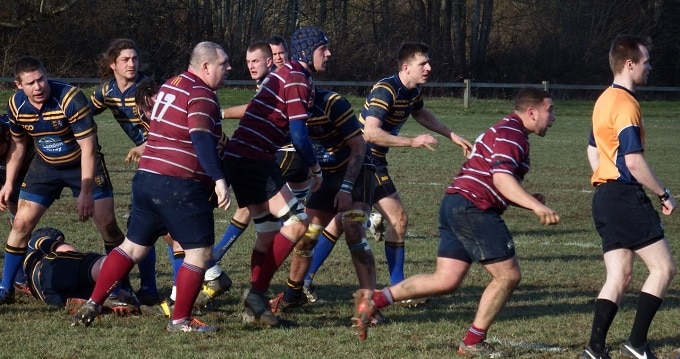 A scrum near half way and some sharp handling sent the left wing away with work to do but his power and pace broke attempted tackles and a finish under the posts gave Rolfe an easy conversion for 14-0. Scrum Half Stone was in commanding form demanding more from his forwards  and providing quick ball for the backs.

Finneran forced a penalty with good work at a breakdown but the home defence held out until around the half hour mark when a five metre scrum wide right led to the ball reaching Nick Herbert and the elusive centre finished well. Another Rolfe conversion made it 21-0. Again the hosts attacked and, as Wanderers’ defence surprisingly held off, were rewarded with a try which was converted for a half time score of 21-7. 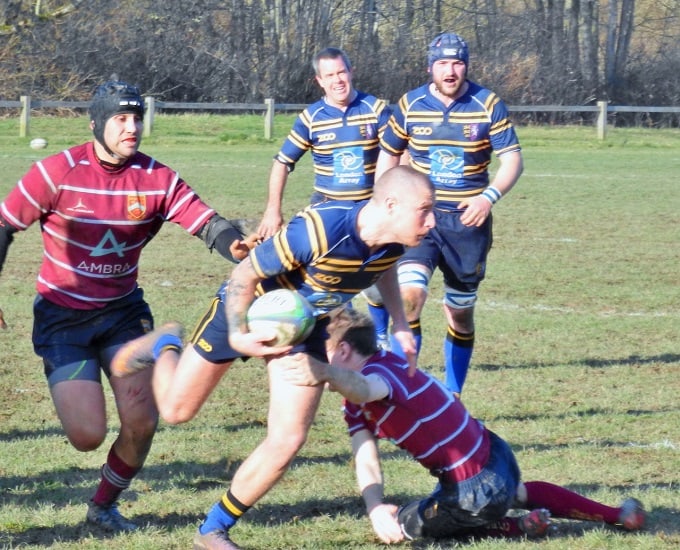 Early in the second half Wanderers secured their try bonus point. Rolfe’s long touch from a penalty set the line-out. The full back was then in the line to receive from Macaulay and run a great line before outpacing defenders. He was unable to make the difficult conversion but Thanet led 26-7. Toby Rayleigh-Strutt had replaced Arek for the second half and his tackle now snuffed out a potentially dangerous attack from Crawley.

With half an hour remaining two of Thanet’s Vets swopped as Tom Longdon replaced Macaulay at ten. Crawley’s open-side was  shown yellow and the resultant penalty to the corner led to the final try of the match. Brett Scott playing at eight today executed a text book No 8’s try showing admirable ball control as the drive progressed to the line. Rolfe made it four from five  from the kicking tee for a 33-7 lead.

With nearly 30 minutes remaining few would have predicted there would be no further score. However Crawley defended well to deny Thanet more points and at the other end the visitors had to pull out all the stops to prevent more home scores particularly when Scott found himself in the bin for ten minutes just after making a pair of bone crunching tackles. Wright secured an important turnover at a breakdown and when a second home score looked inevitable there was great defensive work from Finneran before Knight grabbed the loose ball and raced away over half of the pitch before being stopped. 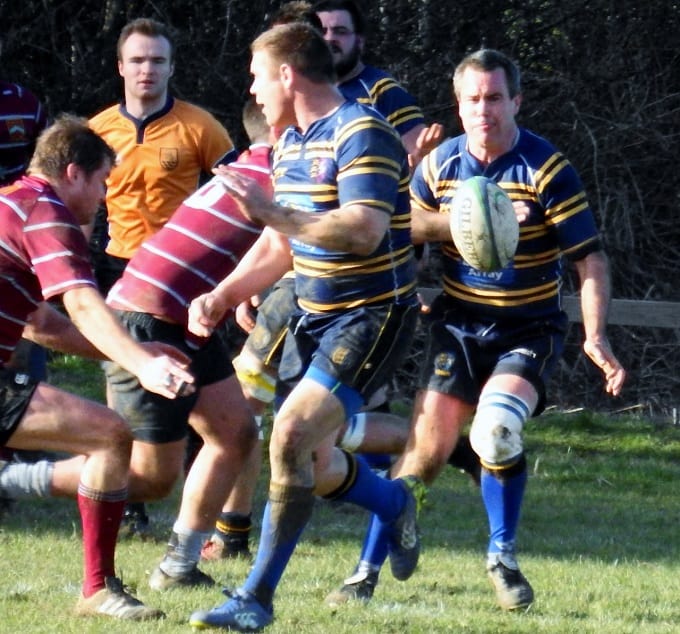 Head Coach Carlier was satisfied to leave Sussex with five more points secured. Not a classic game but plenty of excitement was generated. The front row played a pivotal role today. Tighthead Joe Carlier is an ever present in Thanet’s starting XV this season, he made way for Jay Sanford today towards the end of the first half allowing the substitute time to demonstrate his improved fitness. Hooker Neil Wakefield is an experienced player who delivered another master class but it was Danny Clement who Coach Carlier nominated as his man of the match. His experience in a wide range of positions was clear as he punched hole after hole in Crawley’s defence and set Thanet on the way to victory with the opening try.

A game in hand for Aylesford yielded them five points last week and four points from their fixture today means that they are now level on 73 points with Wanderers with five games to play. However the Maidstone based side are now top of the table by virtue of losing one fewer match than Thanet. 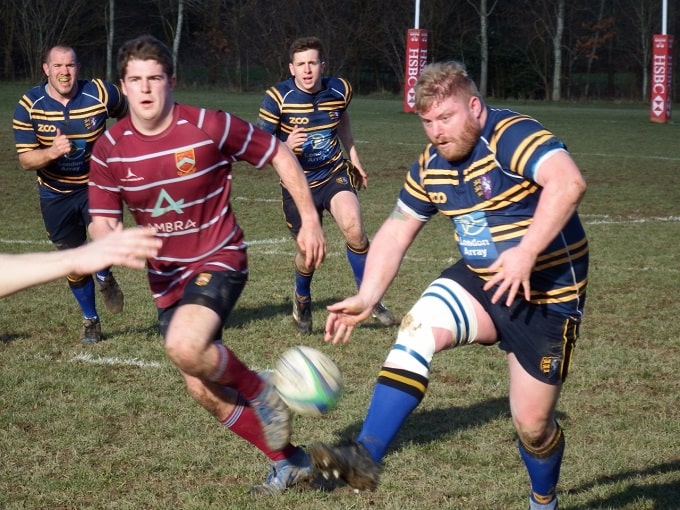 The two sides meet at Aylesford in three weeks time after both sides play one more fixture on March 3. Be sure, you’re there it should be a cracker.