An application to Thanet council for 25 houses at The Length in St Nicholas-at-Wade is likely to be deferred for planning officer approval at a planning meeting tomorrow (February 14).

The applicant is the Master, Fellows and Scholars of the College of St John the Evangelist in the University of Cambridge.

The proposed site is currently agricultural land which is used as a grazing paddock for horses.

The site is to the north of The Length, close to the Grade II listed Walmer Cottage, Bramble Cottage Chalk Garden.

The proposal is for a range of two to four- bedroom properties, which are provided as semi-detached and detached houses. The dwellings will predominantly be two storeys in height.

Eight are proposed as affordable housing. 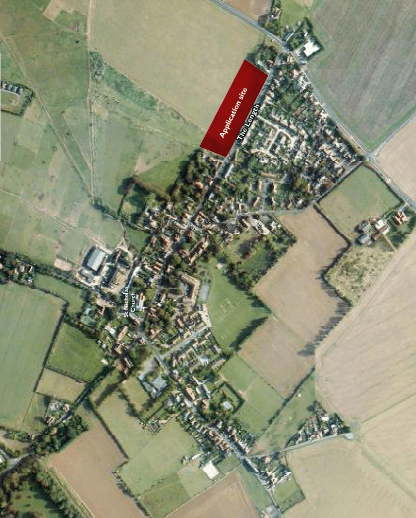 Twelve letters of objection have been received by Thanet council. St Nicholas-at-Wade Parish Council says: “The development will have a significant adverse impact upon the visual and landscape character of the area….The proposals would have a significant adverse effect upon designated heritage assets. These include the listed Walmer Cottage, Bramble Cottage and the listed Chalk Garden together with the St Nicholas conservation area. 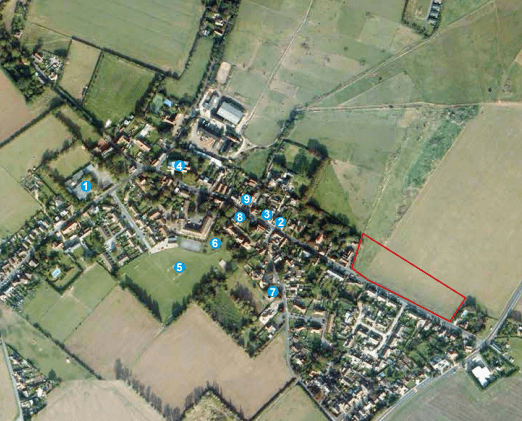 “The proposal would add a significant number of vehicle movements at the junction of The Length with the A28 at a point where visibility to the south along the A28 is limited. An area which is already extremely hazardous would be exacerbated.”

They also highlight that two applications for developments have been made which would amount to another 120 houses in the village.

A library contribution of £1,200.40 is also required towards additional bookstock for the mobile library service attending St Nicholas at  and a contribution of £21,060 towards the improvements to Birchington Medical Practice. There will also be £12,240 towards the Special Protection Area, and  £21,875 towards the maintenance and upgrade of the play area in Bell Meadow. 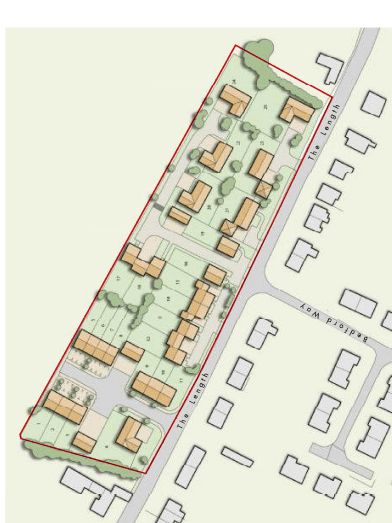 In a report to councillors the planning officer says: “The provision of 25 dwellings would make a modest contribution to the District’s housing supply, supporting economic and social dimensions of sustainable development, with employment provided through construction.

“All requests for contributions towards education, social, leisure and health care, have been agreed by the applicant, and 30% on-site affordable housing is provided, a new footpath along the site’s boundary with The Length, as well as uncontrolled crossing points to The Length and an upgraded bus stop will also be provided via this development.

“Significant weight can, therefore, be attached to this application due to these social and economic benefits. In terms of the environmental dimension, the proposal would result in the loss of countryside, but would appear as a natural expansion of St Nicholas at Wade with limited impact upon the wider landscape area.”

The recommendation is to defer approval to the planning officer. 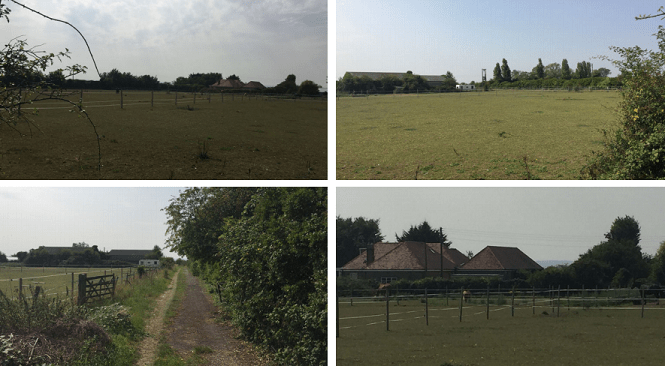 A second application, made by agent Hobbs Parker Property Consultants, for 30 homes with construction of new access from Manor Road adjacent to Little Orchard in Canterbury Road will also be considered tomorrow.

The properties will be built on existing paddock land. Thirteen objection letters have been received.

The developer has agreed to contributions including:

£1440.47 towards the mobile library service attending St Nicholas at Wade,

£12,240 towards the Special Protection Area,

£26,250 towards the maintenance and upgrade of the play area in Bell Meadow

The recommendation is to defer to the planning officer for approval.